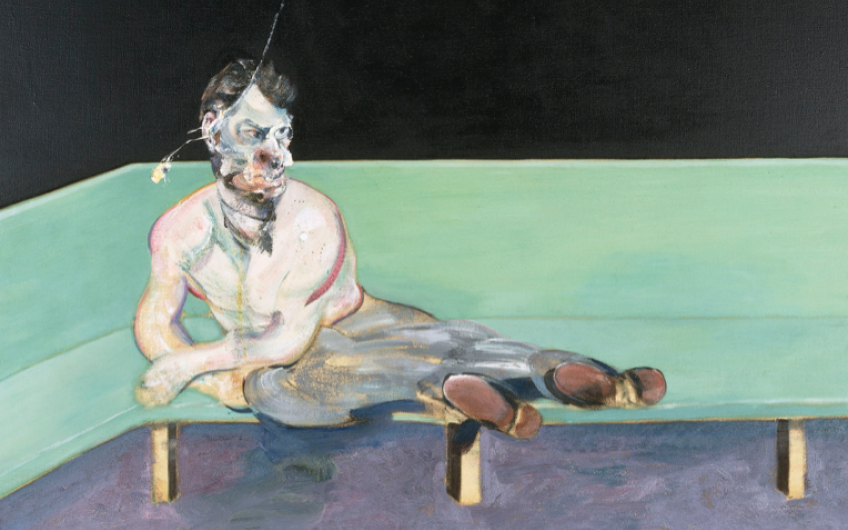 I’ve long suspected that Tate Britain may be my favourite of London’s Tate galleries – and its All Too Human exhibition has closed the deal. This new show, which spans eleven rooms, has anchored some of the 20th century's – and, indeed, modern British art's – greatest names: Paula Rego, Stanley Spencer and Jenny Saville are but a few. Much-missed artworks, shut up for years in private collections, have been freed for public viewing – at last.

The theme of the exhibition is ‘intense experiences of life in paint’ hinged on a quote from Lucian Freud: ‘I want the paint to work as the flesh does.’ And in his works they do: creased lines of skin that darken in folds or glisten bright apricot where the skin catches the light; crevices, bulges, blushes – nothing deemed too unsightly for depiction.

The exhibition unites peers of the art world – and, with that, a labyrinth of relationships. There’s teacher-pupil, as well as sitter-artist, and even hellbent opposition. Each of these relationship ‘dynamics’ have been shared by Lucian Freud (1922-2011) and Francis Bacon (1909-1992). Soho drinking partners in the mid-1940s, they were great friends, who became great rivals, despite a near twenty-year age gap.

As the subtitle suggests – Bacon, Freud and a Century of Painting Life – the duo are the big stars. Contemporaries, competitors, friends, enemies – and models; yes, they sat for one another. One example is on display in the exhibition. Sheer in scale, at over six feet high, it depicts a bare-chested Freud, contracted on an angular sofa, beneath an off-centre light bulb. It is so clearly Lucian – although his face is marred by a wash of paint, smeared across its features. Bacon once said, ‘I would like my pictures to look as if a human had passed between them, like a snail. Leaving a trail of the human presence and memory trace of past events as the snail leaves its slime.’ Has he been successful? I think so.

The exhibition is a celebration of paint: a medium capable of stark differences, from Leon Kossof’s Children’s Swimming Pool, replete with hazy figures, to the lucid clarity of Stanley Spencer’s Patricia Preece with her spindly fingers and the immaculate folds in her hair. Then you’ve got the churned, multi-layered works by Frank Auerbach, a product of St Martin’s – not to my taste, and, thankfully, the closest this exhibition comes to abstraction. Many of the exhibited artists have discussed painting as an activity that ‘cannot be properly expressed through words’ – existing beyond the constraints of verbal and written language. These artists, all individuals, do not belong to a specific movement or ‘-ism’; rather, they are painting their lived existence.

Is a century in paint too broad a theme to pin an exhibition on? Perhaps it is when the artists are working in such different ways – but this one has been so expertly curated that you’re guided through chronologically, as well as logically. We’re reminded that each of the artists is capturing the simple theme of what it ‘means to be alive’.

There are more than 100 works, by more than 25 artists – mostly men, but leading to works by women – with a cornerstone room of Paula Regos from the 1980s. You might visit for the School of London showstoppers, but you’ll come away remembering others as well. William Coldstream, former head of the Slade, was a standout, with his nudes that chime nicely with Freud’s. There’s a great sense of the baton being passed, and influence moving fluidly between the rooms of the exhibition.

All Too Human: Bacon, Freud and a Century of Painting Life, Tate Britain, 28th February-27th August