An Anglican in Ireland - Hugh O'Shaughnessy 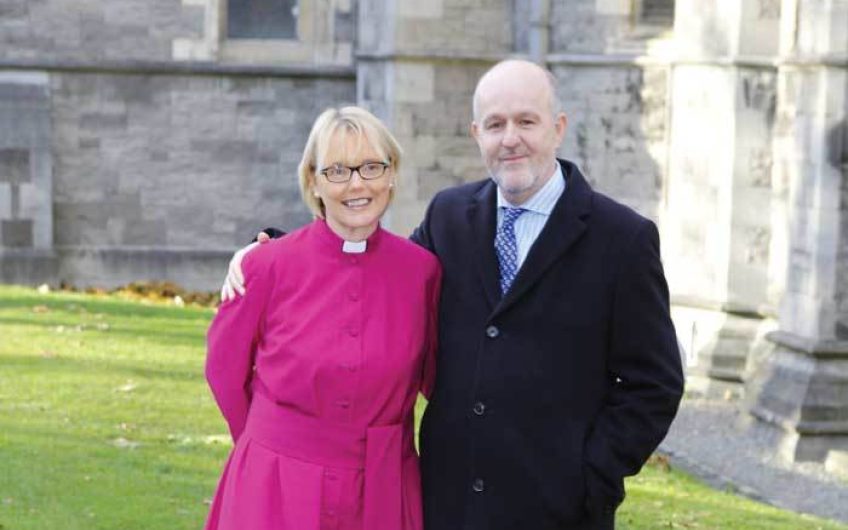 The Revd Pat Storey with her husband before her service of consecration as bishop, Dublin, November 2013
View Full Size
1
of 1

In 2013, the Church of Ireland ordained its first woman bishop, an important milestone in a long and complicated history, writes Hugh O’Shaughnessy, who has sadly died at 87 – but there are still many problems to overcome

In her fifties and married to a Church of Ireland vicar, Pat Storey, the smiling bespectacled blonde mother of Carolyn and Luke, both in their twenties, was elected in September 2013 the new Bishop of Meath and Kildare in the Church of Ireland. She is the first woman bishop ever of the Anglican communion, English, Scottish, Welsh or Irish, in the British Isles. ‘I count it an enormous privilege to begin a new phase of my ministry with the people of Meath and Kildare,’ she declared.

Sadly Pat’s trouble will be that she won’t have many people to minister to in a communion which is suffering pains of contraction longer and more acute even than those of the Catholic church, beset (according to the Vatican itself) by clerical pederasty and gross episcopal negligence. The C of I, which uses the Book of Common Prayer, claims 130,000 members in the Republic of Ireland, with about twice as many in the six counties of Northern Ireland.

Once the fief of the English-speaking moneyed ascendency, the Church of Ireland is the palest shadow of what it once was when the British government, Henry VIII’s Protestant religion and the Archbishop of Canterbury were supposedly supreme in church and state in Ireland. Though the vast majority of Irish people remained Catholics and rejected the organisation set up by Henry, King of England and Ireland, his heirs and successors, London decreed until well into the 19th century that they had to pay tithes to support Protestantism.

My family came originally from Kilmacduagh in the west of Ireland, and the situation there illustrates today’s problems for the Church of Ireland. Its bishop, Trevor Russell Williams, has the jurisdiction not only over the diocese of Kilmacduagh but also seven others – Limerick, Ardfert, Aghadoe, Killaloe, Kilfenora, Clonfert and Emly.

members in 38 parishes. Patrick Fallon, the last bishop of the Catholic Kilmacduagh diocese before it was amalgamated with Galway, died in 1879.

In case the Vikings come pillaging again, as they did in the 13th century, half a millennium after its foundation the old round tower can still offer us shelter – as long as we’ve got a stout ladder. Security measures a thousand years ago meant that the door protecting the stairs to the upper room was built seven metres above ground and, like the much more modern 12th-century tower at Pisa, it does lean a bit.

The cathedral hasn’t got much of a roof left. But, roofed or roofless, it has stood a millennium and a half: the walls and ruined windows look good for another 1,500 years, bearing as they do the illustrious name of O’Shaughnessy, carved by the dextrous hands of loving masons over the centuries.

Kilmacduagh became a Protestant diocese – while remaining a Catholic one – in 1625, a time of particular religious confusion in Ireland, typified by Miler Magrath. Born in 1522, he went to Rome, became a Franciscan friar and a Catholic priest and was appointed the Bishop of Down and Connor by the Pope. For nine years he was a Catholic and a Protestant bishop simultaneously, until the Vatican excommunicated him for heresy in 1580. The Anglicans admired his subtlety and made him Bishop of Clogher and then Archbishop of Cashel. He married Amy O’Meara, a Tipperary woman who gave him eight children. He controlled at least thirty parishes and their livings and he gave 27 to his sons Turlough, Redmond, Bryan and Mark, not forgetting the daughters. He liked a glass of the hard stuff, married a second time after Amy’s death, and died a centenarian in 1622.

But, before I forget, how do you address a blonde lady bishop whose turn it is to buy you a drink in an Irish pub?

BOOM! It had all gone kablooey... Simon Weston remembers the Falklands