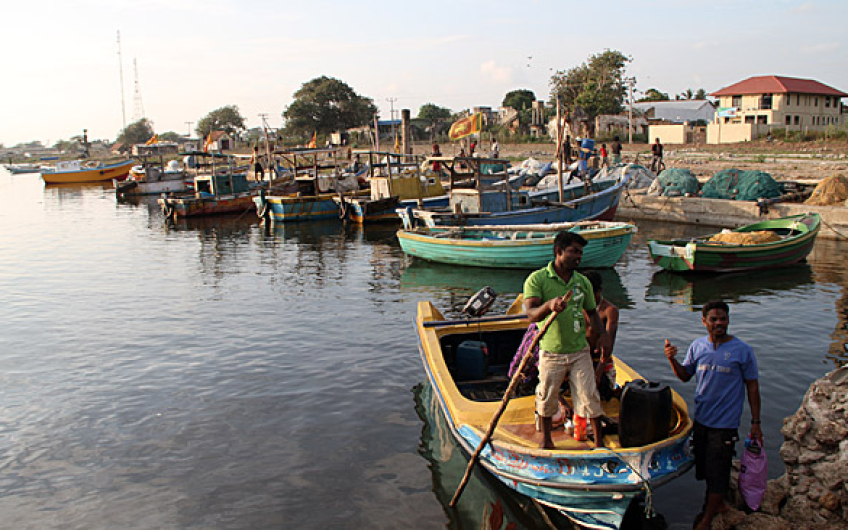 In 2006 I gave a 'microlecture' at the Royal Geographical Society. My subject was a whistlestop tour of the Jaffna peninsula and surrounding islands, which I had visited the previous year, during a ceasefire in the Sri Lankan civil conflict.

As one of half a dozen or so 'geographical journeys' that evening – illustrated short talks: ten minutes each, plus time for questions – it was, by definition, concise; but I recall my 'slides' included drying fish, wild ponies, immaculate old cars, temples, bullet-ridden civic buildings, and the Portuguese-/Dutch-era Jaffna Fort (not too close-up, its being occupied by the Sri Lankan army). The rubric was one photograph a minute.

My talk was hardly cutting-edge geography; but Jaffna had been more or less off-limits to casual tourism and even resident Sri Lankans for a whole generation. Nor was it the most impressive journey anyone had pulled off: the speaker after me had cycled across Australia from north to south. Or in the noblest cause: a young woman spoke about trying to preserve South-East Asian coral reefs.

But at the end, a pleasingly Hemingwayan old gent (a group less represented at the RGS than you might think) remarked to the effect that these young microlecturers were sometimes more engaging than established names.

Under the aegis of the Younger Members' Committee, this now-established annual event provides a chance for less-experienced members and fellows of the society to talk about their travels – broadly classed as journeys 'with a geographical purpose or theme, and displaying an interest and enthusiasm for the world's peoples, places and environments'. This year's lead organiser is Rupert Sagar-Musgrave FRGS, a professional photographer who spoke in 2007 on the subject of the Pushkar Fair in Rajasthan.

They've upped the stakes a bit since I thought of myself as Younger (though for the record, there is no age limit on either lecturers or audiences), and the application process now involves formal short-listing and auditions. Once held in the Society's Education Centre, which maybe held 100 people, neophytes now stand before the grandeur of the main Ondaatje Theatre, and typically 300 to 400 guests turn up.

Levison Wood gave a microlecture as recently as 2013, as have 'coolest geography teacher ever' (RedBull.com) Fearghal O'Nuallain and French explorer Matthieu Tordeur. It's the place to see the next generation of adventurers and speakers.

The 2018 showcase will include depression on the Pacific Crest Trail, a backpack-cinema tour of the Himalayas, a walk down the full length of the Zambezi, a run through Scotland, Mongolian migration, and homemade vodka in Transcaucasus.

President of the Society Nicholas Crane will introduce the event, and it will be hosted on stage for the third year running by Mary-Ann Ochota FRGS, anthropologist, author and TV presenter. Ochota calls it ‘one of the highlights of my year’ and ‘adventurous, inspiring, emotional… and you share it with a group of like-minded people who aren't happy just to sit at home, but want to get out into the world, and understand their place in it’.