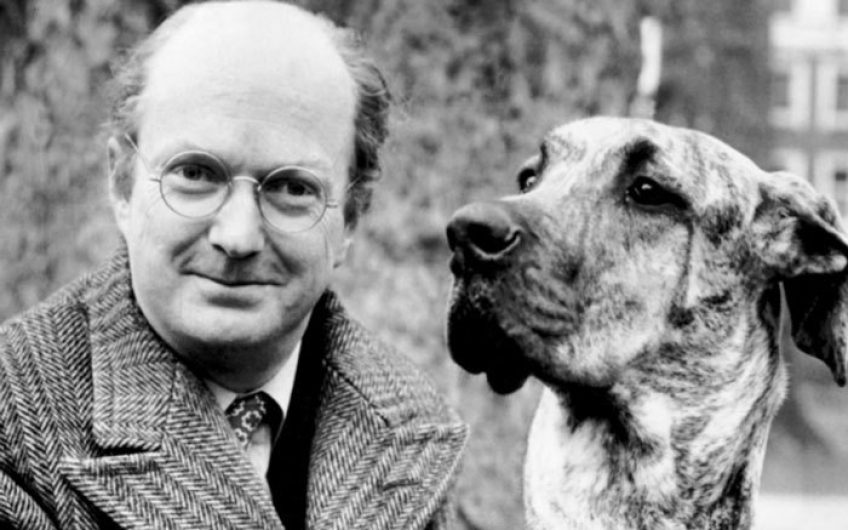 As BBC1 shows The Trial of Christine Keeler, Alexander Waugh remembers another great political scandal - the Jeremy Thorpe affair and the campaign of his father, Auberon Waugh, against Thorpe in the 1979 election.

The allegations against Thorpe came to a head with his arrest in August 1978 on charges of having attempted and conspired to murder a male model, Norman Scott, with whom he was acquainted, four years earlier.

My own first mention of the matter came on 15 December 1975, when I describe how west Somerset was buzzing with rumours after Scott, ‘who claims to have been a great friend of Jeremy Thorpe, the Liberal statesman, was found by an AA patrolman weeping beside the body of Rinka, his Great Dane bitch, which had been shot in the head.’ I ended my piece on a friendly, encouraging note:

'My only hope is that sorrow over his friend’s dog will not cause Mr Thorpe’s premature retirement from public life. Jeremy is not only a very wonderful person in his own right, he is also a gifted impersonator of London celebrities like Lady Dartmouth and Mr Heath. Indeed, in the whole of fashionable London, I can think only of John Wells as possibly being his equal in this field and Wells, of course, has other disadvantages'.

The ‘other disadvantages’ in John Wells were a tendency to sniff, which I had spotted at an early stage in our acquaintance. But this friendly, encouraging attitude towards Thorpe did not represent my true feelings at that time.

Other journalists, like the Cambridge-educated Christopher Booker and the previously mentioned John Pilger, seem to live in a perpetual state of indignation, but practically nothing made me genuinely indignant, at any rate since the Biafran war five years earlier.

Rather to my surprise, I found myself genuinely indignant at the suggestion that murder was to be reintroduced as a means of political advancement for the first time since the Tudors, and even more indignant that the legal and political establishments in all their forms - which included, at that stage, the police - were going to cover up the whole episode.

In the event, it turned out that my anxieties were unfounded, as Thorpe was totally innocent of all charges brought against him. But it was this anxiety that sustained me through four years of what may have seemed to be no more than another routine persecution of a politician.

It led me to accept Richard Ingrams’s satirical suggestion that I should stand against Thorpe in the General Election of 1979 on behalf of the Dog Lovers’ party of Great Britain, and even after Mr Justice Cantley’s extraordinary summing up at the Old Bailey trial and Thorpe’s subsequent acquittal on all charges, it led me to write a book about the trial, making whatever points remained to be made. The book, called The Last Word: an Eyewitness Account of the Thorpe Trial (London, Michael Joseph, 1980) still strikes me as quite good. I urge anyone who has a copy to give it another try. It is certainly much better than my previous cri-de-coeur, Biafra, Britain's Shame (London, Michael Joseph, 1969).

Meanwhile, my pursuit or hounding of Thorpe followed its usual oblique, crablike course. On the day before the trial of the dogshooter, Andrew Gino Newton, in Exeter, The Sunday Times allowed Thorpe to print a violent attack on the defendant including the information that he (Thorpe) was not and never had been a homosexual. On the day the trial opened, Wilson announced his resignation and the Snowdons announced their impending divorce, so the event was rather eclipsed, but the fact that nobody ever mentioned the laws of contempt in relation to The Sunday Times article and the trial of Newton made me wonder what was happening.

In November 1977, when Newton was released from prison and offering his story round the newspapers, Thorpe called a press conference in New Scotland Yard, of all places, to announce his innocence in the face of persistent rumours. I wrote in my ‘Diary’ for 5 November 1977:

'TO NEW Scotland Yard where Jeremy Thorpe has called a press conference to discuss various allegations that have been made about his sex life. I have many interesting new allegations to make, but they throw me out at the door.

'When all the weeping toadies are assembled, only one of them dares to ask him whether he has ever done it. Mr Keith Graves, of BBC TV, who is hereby given the Gnome Award for News Reporter of the Year, has been vilified by every prig and pharisee in Fleet Street for asking the only worthwhile question.

'Poor Jeremy. He is his own worst enemy, but with friends like these he really has no need of himself. The only remaining mystery is why the Liberal Party policy committee decided to murder Scott rather than Jeremy.'

In an affectionate moment, Thorpe had written to Scott that ‘bunnies can and will go to France’. When the glorious moment of Thorpe’s arrest came in August 1978,1 was in France, staying at La Pesegado, with Ferdinand and Julia Mount and their children as guests. By sheer good luck a previous tenant had left a television set behind, and as Ferdie was interested in politics we watched the French news.

'NEWS of Jeremy Thorpe’s arrest breaks like a thunderclap over the Languedoc countryside. There is dancing in the streets, ceremonial rabbits are cooked and groups of peasants with lanterns are to be found wandering the lanes far into the night, singing at the tops of their voices and beating the hedges with staves.

'... Over here, where people were understandably alarmed by Thorpe’s assertion that ‘bunnies can and will go to France’, a collection is being made to provide some token of their gratitude and relief over the new development.

'I suggest that this take the form of a monument to Rinka, the unfortunate [Great Dane]. Contrary to general belief, the French are even more obsessed by dogs than the English are, and a monument subscribed by Languedoc farmers to stand at the lonely, windswept spot on Porlock Hill, Exmoor, where Rinka was so foully done to death would be poignant testimony to the neighbourly way in which Europeans share each other’s sufferings and joys.'

A picture of the monument was supplied by William Rushton for my ‘Diary’ of 30 October 1978, when I describe myself as leading a deputation to the lay-by on Porlock Hill - just fifteen miles from Combe Florey - which ‘stands in silence for a while in memory of the dead Great Dane, Rinka, who gave her life to create a better world’.

'All those present pledge themselves anew to the struggle. Rinka’s sacrifice will not be forgotten. She will be avenged, and a cleaner, healthier society will arise. Rinka lives on in our hearts.'

I sat throughout the week of magistrates’ court hearings in Minehead, taking notes. The atmosphere was less formal than at the Old Bailey. Thorpe wandered up to me one morning and said: ‘Scribble, scribble, scribble, Mr Waugh’, with a sickly grin. It was the last exchange I ever had with him. I did not go down to North Devon to canvass support as Dog Lovers’ Party candidate in the General Election, as I had been banned by the courts from publishing my election manifesto or giving any account of why I was standing.

Mr Carman, Thorpe’s barrister, applied to the Divisional Court to have me committed to prison and my manifesto banned, but the Lord Chief Justice threw it out. On appeal, Lord Denning reinstated the ban, dismissing my counsel’s arguments with contumely, and saying he had been reading Private Eye and was in no doubt of my intention to pervert the course of justice.

Even so, seventy-nine people voted for me. Thorpe lost his seat, but the most interesting feature of the result was how few Liberals switched their votes. Despite Thorpe’s name being dragged through the press every day for a week, with lurid accounts of buggery, financial crookery and attempted murder, fewer then 5,000 voters out of an electorate of 77,000 actually switched their votes away from him at an election which produced a bigger Conservative swing elsewhere. He still received 23,338 votes, having received 28,209 in October 1974.

One wondered how much harm was really done to anybody by the written word, and how our savage laws of libel can really be justified except as a convenience for the rich and powerful to save themselves from criticism.