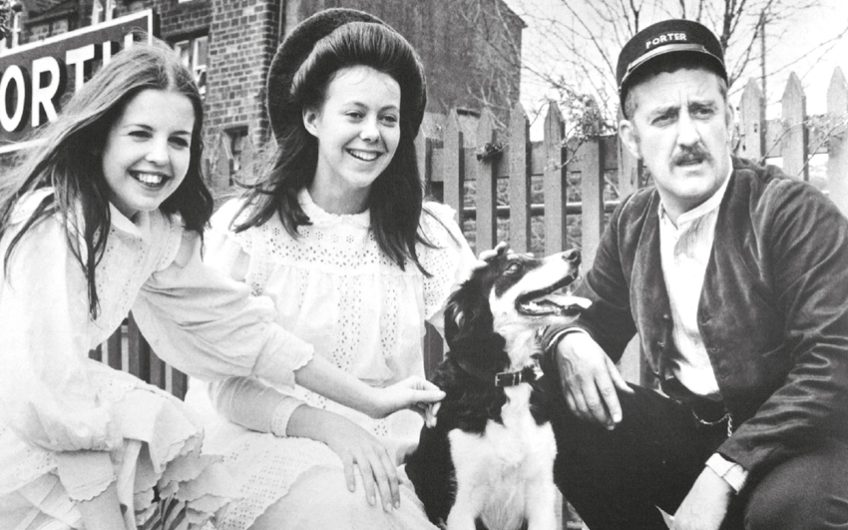 For couch potatoes of a certain age, there’s something wonderfully reassuring about Bernard Cribbins. He returns to our screens as the latest incarnation of Private Godfrey.

I’d never met him before but, after five minutes in his company, I felt I’d known him all my life. The reason is fairly obvious. For anyone who grew up in front of the telly in the 1960s and 1970s (like me, and millions like me), Cribbins was omnipresent – a familiar, friendly figure in the corner of the living room.

His list of acting credits reads like an A-Z of the golden age of British TV, from The Avengers to The Wombles, from Fawlty Towers to Doctor Who. He’s been a perennial presence on the big screen, too: plenty of potboilers, the odd blockbuster, three Carry Ons (Jack, Spying and Columbus) and a few timeless classics such as The Railway Children. He had two top ten hits in 1962 – The Hole in the Ground and Right Said Fred, both produced by the Beatles’ producer George Martin.

And now, after three-quarters of a century as a jobbing actor, he’s finally got around to writing his memoirs, modestly entitled Bernard Who? What's more, he's about to play Private Godfrey in a new series of re-enactments of lost Dad's Army episodes.

Despite its self-deprecating title, Bernard Who? is a rollicking good read – charming, unassuming and full of amiable, homespun wit. Its subtitle, 75 Years of Doing Just About Everything, encapsulates his enduring appeal. He can do stage and screen, straight or comic – he can even sing and dance a bit. He feels like the last of a dying breed – a consummate all-rounder who’s happy to try his hand at anything, and has never forgotten that the actor’s first responsibility is to his audience.

‘People have paid good money to come and see you be a silly idiot,’ he states, emphatically. Maybe that’s why, whenever you’re watching him, you always feel you’re in safe hands.

‘I didn’t really think about age, ever – I don’t think I do now, particularly,’ he says, when we meet up in a hotel near his Weybridge home for a chat about the book. ‘I had spinal surgery last year – that slowed me up a bit, but up until then I was running about and doing everything. It’s the physical thing that changes, not the mental thing.’ Not for him, at least.

His memoirs are rich with detail. As he embarks on his tenth decade, his memory remains undimmed.

He was born in Oldham in 1928, into an archetypal poor-but-happy family. ‘My dad was a sort of labourer-cum-handyman and my mother had worked in the cotton mill. We never had a car.’ He had an older sister and a younger sister, and another sister who died very young. ‘Dad was small, bit of a terrier – a very good man, who worked bloody hard.’

He caught the acting bug from his dad. ‘He was an amateur actor – had a good tenor voice, totally untrained,’ he tells me. ‘Dad would have loved to have been an actor, given the right circumstances.’

Bernard was more fortunate. He left school at 14 to join the local rep, having already played several roles there while he was still at school.

‘Weekly rep – what a treadmill,’ he recalls. ‘Ruthless bloody system!’

They’d do a new play every week, rehearsing next week’s play during the day and performing this week’s play every evening. ‘Relentless – absolutely bloody relentless!’ But it was a great apprenticeship. It taught him the tricks of the trade and honed his memory – he still finds it easy to learn lines. When he switched to fortnightly rep, it felt like a holiday.

His acting career was interrupted by National Service. Eager for adventure, he applied to become a paratrooper, and got his wings – he still wears the lapel badge today. ‘I loved it, I loved it!’ The camaraderie felt like a close-knit theatre company (‘You’re all depending on each other’) but, in the Paras, the stakes were higher. In those days, they used to jump with just one parachute. ‘If it went wrong, you were dead.’

He was sent to Palestine, which was pretty hairy. ‘That was the most God-awful situation for the English squaddie, because you never knew who was going to have a pop at you.’

After National Service, he returned to Oldham Rep, where he met his wife, Gill, an aspiring actress and assistant stage manager. They married in 1955. They’re still going strong today. Sadly, they had no children. ‘We lost a baby, we think we lost a baby… at about two or three months and, after that, nothing happened. That’s the way it goes.’

And yet instead, on children’s television, he became a sort of virtual uncle – always cheerful, always affable. I can’t help thinking he would have made a fantastic dad.

Bernard and Gill moved down to London in search of better things and he got his first big break, in 1956, playing both Dromio twins (a show-stealing performance) in A Comedy of Errors. It was his West End debut. He’s been busy ever since. Like all the best actors, he’s matter-of-fact about his craft. ‘Learn the lines and say ’em proper – that’s it.’

But it’s the mark of a true pro to make it seem so simple. His Fawlty Towers cameo, as Mr Hutchinson in The Hotel Inspectors, is a perfect case in point – only a one-off appearance in one episode, but the memory of it remains vivid, over 40 years on. ‘It was a piece of weekly rep – it was slapstick,’ he says. ‘It was a smashing part to play.’

He’s worked with some great British actors: Peter Sellers (‘a damn good actor’), James Mason (‘a lovely man’) and David Niven (‘a gem, an absolute gem’). However, his proudest achievement was presenting Jackanory. He filmed more than 100 episodes – more than any other actor – and was immensely moved to meet a taxi driver who told him that enchanting storytelling series had inspired him to learn to read.

As he says, what could be nicer than someone just sitting there and telling you a story, rather than bombarding your eyes and ears with rapid editing and constant noise? The secret of his success was that he always imagined he was reading to just one child. That’s what made it seem so intimate. ‘It’s a very personal thing that I used to enjoy enormously.’

The job he’s always asked about is The Railway Children. Does he have any idea why audiences still adore it? ‘You can sit back and let it wash over you. It’s a nice warm feeling the whole time. There’s not much stress involved. There’s a lot of happiness; a few laughs. Warm is the adjective you’d have to use for it.’ That’s the adjective I’d use for Cribbins, and that’s why audiences adore him, too. ‘They like warmth and affection,’ he says. We won’t see his like again.

Does he have any regrets? ‘I wish we’d had children, certainly. I would have liked to have had another look at America. I only worked once in America. That was in Houston, in My Fair Lady.’ But there aren’t many gaps in his CV. ‘There are so many things to do within show business, and I’ve done an awful lot of them.’

After all these years, he’s still a gun for hire. Does he have anything in the pipeline, I ask him. ‘Nothing much in the pipeline, no – but, if you hear of anything, I’d be very interested to know about it!’ he says, with a hearty chuckle, and his life-enhancing laughter rings around the empty room.

‘Bernard Who? 75 Years of Doing Just About Everything’ by Bernard Cribbins is published on 11th October (Constable £20)