Bring out the Branston! - Sara Wheeler 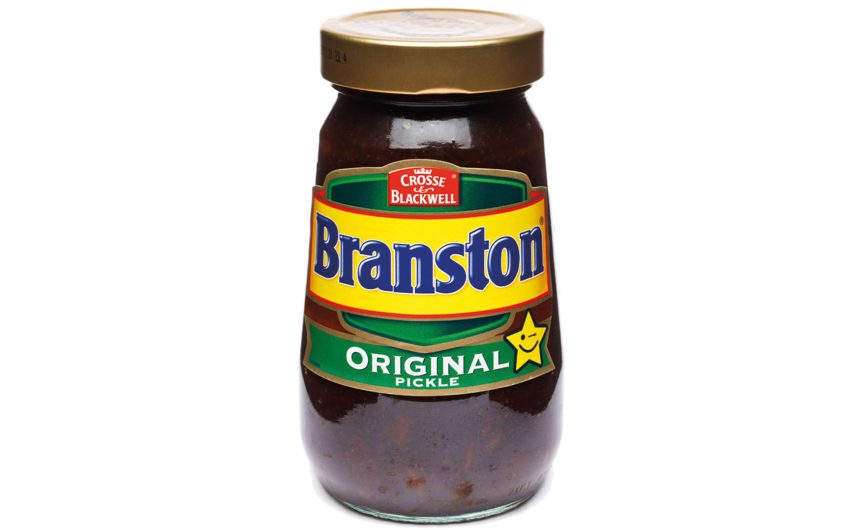 A hundred years since the first jars rolled off the production line, Sara Wheeler salutes the king of the chunky pickles

This is a sparkling year for centenaries.

The BBC, Ulysses, The Waste Land, the Austin 7, Modernism itself, Doris Day…

But they all fade under the dazzling spotlight of one of mankind’s ultimate triumphs. Conceived 100 years ago in a Staffordshire cottage, pride of Britain and a national treasure, literal food of the gods: bring out the Branston!

The nation’s favourite pickle originated in the Staffordshire village of Branston on the River Trent. There a Mrs Graham and her daughters Evelyn and Ermentrude sought to bottle winter vegetables from their cottage garden.

Evelyn was professionally involved in biological research and had access to exotic ingredients previously unknown in Staffs, such as Indian gherkins and dates from Iran. The three women experimented, macerated and spiced. In 1922, Crosse & Blackwell bought the recipe and put Branston Pickle into production.

Consumers currently munch their way through over 21 million pounds of Branston annually. It all rolls out of Bury St Edmunds, in a factory employing over 350 Suffolkers.

The Grahams’ recipe remains a secret. We know that vegetables, including swede, carrots, cauliflower and onions, are marinaded in a treacly sauce (apple pulp appears on the ingredients label). Both supermarket own brands and niche gourmet products have fought hard to depose the king of pickles.

In my opinion, and apparently that of greedy Britons in general, no condiment has ever rivalled the unique piquant-and-sweet Branston combo.

Crosse & Blackwell was a family firm with an attentive involvement in the Staffordshire community when Branston came into being. The year before Mrs and the Misses Graham conjured their recipe, C & B bought Branston farmhouse and turned it into a hostel for single women employed at their factory on Burton Road. Later in the 1920s, pickle production shifted south to Bermondsey in London, where it remained for four decades.

The village-named pickle changed ownership many times in its first 100 years. The current proprietors, the Japanese Mizkan Group, acquired Branston from Premier Foods in 2013 for £92.5 million. The Crosse & Blackwell name went separately to the Princes Group food business. Remarkably, though, the Branston brand has remained intact throughout.

America and Australia are the pickle’s largest overseas market. I recently saw jars in a Walmart Supercenter in Fairbanks, Alaska – not a state normally associated with Burton-on-Trent. High-fructose corn syrup is used in American exports, but Britain battles on with good old refined sugar. Turks are keen consumers of the product, as are the citizens of Singapore.

The supply chain has its limits, however – even in Europe. A website called Expats in Portugal recently dedicated a whole thread to ‘Substitutes for Branston’ when it looked as if supplies were low. One contributor suggested his own pickle recipe, saying that a desperate friend, suffering withdrawal symptoms, had asked him, after lunch, ‘where I got my Branston’.

Only 43 per cent of the 20 million units produced annually are of the Original type. Small Chunk represents a whopping 52 per cent of Branston sales.

I remain deeply suspicious of Smooth, the third strand, which accounts for four per cent of units. I spotted a 370g jar of Smooth in a boyfriend’s kitchen cupboard. That was the end of him.

The pickle company has sought to distance itself from its near-namesake Richard Branson. The youth of today associate Beardy with Branston on social media.

‘For years now,’ went a Twitter post from Mizkan, the Branston owners, ‘every time a certain ginger billionaire does something bonkers, we, an innocent pickle, bear the brunt of abuse online.’

Last year, a public-service announcement, deploying the hashtag #branstonnotbranson, ran, ‘We don’t want to go to space. We want to stay here on Earth. Where the sandwiches are.’

The cheese-to-pickle ratio crops up frequently among Branston fans. John Wheeler, 90, complained that cheese-and-pickle sandwiches regularly contain too little condiment. My own preference remains the snapped-off lump of Cheddar dipped directly in the jar.

When it comes to the case of the ploughman’s lunch, Branston fans have been distracted by the case of a Devon pub, The Tors, which got into a woke pickle in March by advertising a dish it dubbed a ‘ploughperson’s lunch’.

The fabled ‘Bring out the Branston’ slogan first appeared on British television 50 years ago, in 1972. Every boomer knows it. ‘When I’m speaking with consumers and mention Branston,’ the Mizkan marketing director, Vanni Cataldi, told The Oldie, ‘they all immediately sing spontaneously the song.’

Not singing, actually, but chanting – still, Cataldi got the gist.

In 1999, Britons voted the relish one of the top-50 brands of the twentieth century.