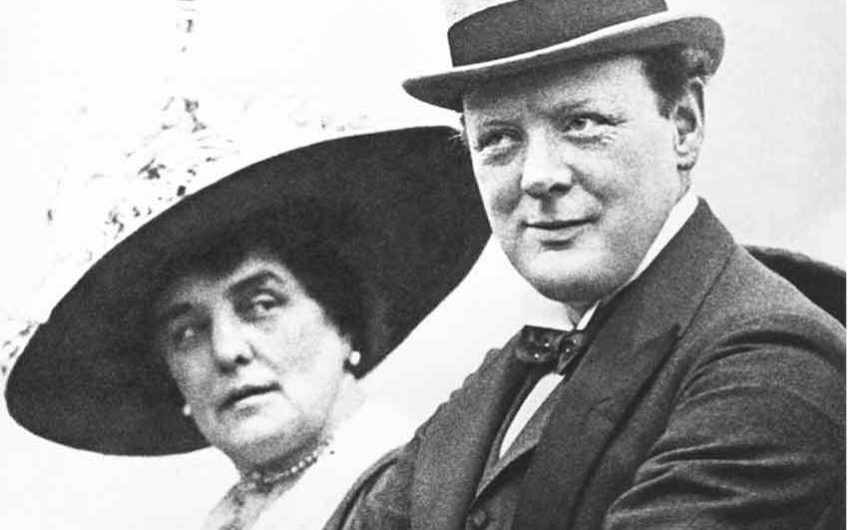 History hasn’t been kind to Jennie Churchill, who died 100 years ago. But the New Yorker was her son’s greatest influence. By Anne Sebba

She was 67 and in the prime of life, newly married to a man 20 years younger and had finally found a way of earning money, one of her lifelong preoccupations.

But how many people today, even those who idolise the man they consider Britain’s greatest prime minister and saviour of the nation from Nazi Germany, know who she was? If they know anything about her, she is often maligned as a woman who had 200 lovers – a suspiciously round number, according to Churchill’s biographer Roy Jenkins – or a woman with a snake tattoo on her wrist (unproven).

The big question is: how important was her American influence on her son? Even though Jennie died almost 20 years before her older son took the top job, it was Jennie who instilled in him an unwavering belief in his destiny.

Jennie Jerome was the favoured second daughter of the New York stock speculator, entrepreneur and racecourse owner Leonard Jerome, who made and lost several fortunes in the wake of the American Civil War.

Born in Cobble Hill, New York, she was educated mostly in Paris and, by the time she came to London, was quite a catch: a highly accomplished pianist, a well-read, fluent French-speaker and a beautiful woman who had learned to dress herself in gowns from M Worth.

Her teenage years in the French capital had also taught her to behave with the discretion of a true Parisienne, a mixture of attributes shared by few young English girls at the time. She was one of the first so-called dollar princesses (although in Jennie’s case there were not many dollars and she never became a princess): women whose new money was meant to store up dilapidated old British estates.

These Anglo-American alliances (richly caricatured in Downton Abbey) have left a long shadow. There was widespread ignorance about American women, as well as jealousy – mostly they had had a far superior education to that of their English aristocratic counterparts who were lucky, if they had a brother, to have had just the rudiments.

The American habits and manners were described as ‘something between a Red Indian and a Gaiety Girl. Anything of an outlandish nature might be expected of her.’ They were often brash and overtly sexy (or, in contemporary terms, ‘bursting with snap’).

Jennie met Lord Randolph Churchill at Cowes on the Isle of Wight. After a whirlwind romance, the pair were married in a hurry in Paris in April 1874, one day after Jerome had sent the dowry. Winston was born seven months later.

When Lord Randolph died (probably of syphilis) in January 1895, aged only 45, Winston was a 20-year-old military cadet who had done little to indicate a great future.

Jennie immediately decided that, rather than live as a disappointed widow for the rest of her life, she was going to turn her adored first-born into the success she had once hoped her husband, Chancellor of the Exchequer for four months in 1886, would be − and she used every means at her disposal.

‘All my ambitions are centred in you,’ she wrote to Winston within months of his father’s death. And indeed they were, arguably to the detriment of her younger son, Jack. As Winston wrote to her, ‘It is a pushing age and we must shove with the rest.’

She sent him important books to read, became his unofficial literary agent, social secretary and networker and, with great prescience, paid the fare, which she could ill-afford, for him to travel to Havana. There he joined Spanish troops involved in crushing a revolt and wrote about his experiences in the Daily Graphic, signed with his initials, WSC.

On his way out there, Jennie arranged for him to stop in New York to meet William Bourke Cockran, her former lover. Cockran, an Irish-born Democrat, became a lifelong inspiration, mentor and father figure, treating Winston as the son he never had. Studying Cockran’s speeches helped Winston become an orator – such a critical part of his wartime success.

After five years in the army, Winston turned to politics and writing, working briefly alongside his mother on a magazine they founded together, the Anglo-Saxon Review. He became Home Secretary in 1910 – not a successful year for him, as he faced rioting coal miners in Tonypandy and revolutionaries in Sidney Street, Stepney, and opposed suffragettes as ‘the shrieking sisterhood’.

In 1915, after his devastating debacle over the Dardanelles, when more than 115,000 British and Dominion troops were killed, his wife Clemmie said she thought Winston ‘would die of grief’.

It was Jennie who went to comfort him, reminding him, as he battled his famous black dog, ‘Remember you are destined for greater things … I am a great believer in your star.’

But his star was in decline during the interwar period, which he described as his wilderness years.

Nonetheless, in 1940, aged 65, he became Prime Minister, having convinced himself and the British public he could undertake the task of defeating Hitler – and that this was in a sense his birthright. Through his father, he was descended from the Duke of Marlborough and had the victorious 1704 Battle of Blenheim in his genes.

But it was Jennie, who probably had Native American ancestry through her mother’s line, who made him understand it was his American ties of blood that could help in the crucial fight to persuade US President Franklin Roosevelt to join the Allies in the fight against Hitler.

When he addressed a Joint Session of Congress in December 1941, he specifically and poetically invoked his mother’s memory, ‘cherished across the vale of years’.

And yet history has not been kind to Jennie, often criticised as a bad mother. Jennie was, in my view, not only the mother Winston needed: as a diary for 1882 (which has recently come into the possession of Churchill College Archives) shows, she took a much more active part in her young son’s education than was previously thought.

She took him to the theatre and taught him to paint at a time when mothers of her class were expected to leave all that to a nanny.

Jennie, always glamorous and risqué, has been accused of extravagance but she tried, after becoming a widow, to earn a living in various unsuccessful ways. Her play His Borrowed Plumes lost her not only money but also a husband – as George Cornwallis-West (Jennie’s husband from 1900 to 1914) married the leading lady, Mrs Patrick Campbell.

Finally, once married, in 1918, for the third time, to the handsome but impecunious Montagu Porch, she discovered that, by using her innate good taste and style, she could buy and redecorate houses – and then sell them for a profit.

Becoming an interior designer before the term was invented involved trips to Italy to buy unusual fabrics and furnishings. On one such trip, she also bought some high-heeled shoes. Staying with a friend in the country, she forgot to ask the maid to score the soles, slipped and fell downstairs. Her sprained ankle turned into gangrene and she had to have her lower leg amputated.

A few days later, she suffered a sudden haemorrhage and died. Winston rushed through the streets, in his pyjamas, to be at her side.

Throughout her life, Jennie had been the biggest single influence on Winston. They wrote to each other constantly, and advised, encouraged and supported each other. They were deeply and emotionally involved in each other’s lives, even at times of national crisis.

To mark the centenary of Jennie Churchill’s death, it is time to re-examine the rich and exuberant legacy of this American woman who gave Britain arguably its greatest ever war-leader.

A Resurrection into Hell