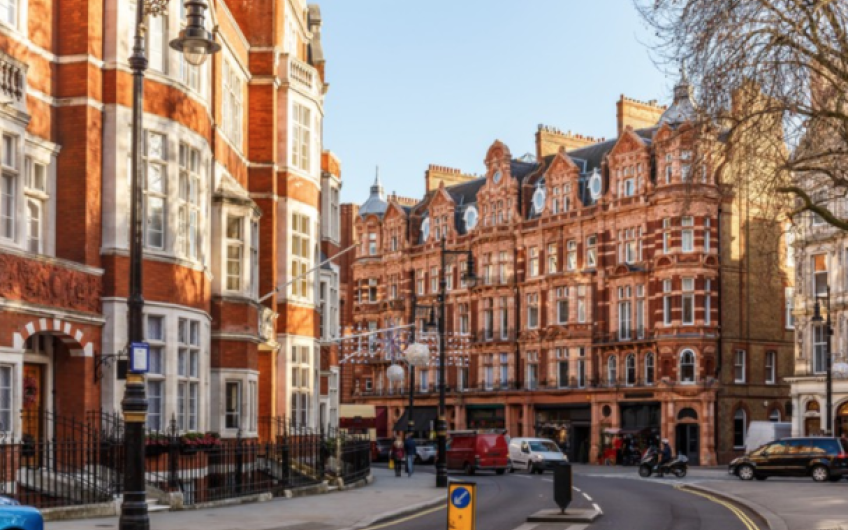 The only way to discover a great city is to walk it. That was the thinking behind my book Walk the Lines, for which I traipsed the route of the London Underground at street level. My research threw up the reason Green Park has no flowerbeds (Charles II’s wife had them ripped out when she caught him picking flowers for a mistress)… the reason Marlboro Man got his name (the cigarettes were originally made on Great Marlborough Street in Soho)… and the reason the skyscraper known as the Cheesegrater tapers to a point (to avoid disturbing a protected view of St Paul’s Cathedral). These and countless other historical nuggets made the book a delight to write.

The reviewers were very kind (one even said I might have made myself ‘the Bill Bryson of our capital city’), and some people suggested I start leading guided walks. So I tried it – and it was fun. I’ve led walks for all sorts of organisations, from City banks to Transport for London, and now I’m delighted to be adding The Oldie to the list.

I know from the literary lunches what a charming and intelligent bunch you readers are, so I’m really looking forward to your company on the walks. The first one (Thursday 22nd March) is entitled Secrets of Mayfair. The area is dripping with history – in our two-hour stroll we’ll learn everything from how Piccadilly got its name to why gentlemen leave the bottom button of their waistcoat undone. The cast of characters we’ll hear about ranges from Winston Churchill to Michael Faraday, from Queen Anne to Terence Stamp, from James Bond to James Brown. Three James Browns, to be precise.

We’ll also hear about the ban on whistling in the Burlington Arcade – both why the ban was imposed in the first place, and the identities of the only two people in the world who are exempt from it. One of them is Paul McCartney. I’d once taken a group of people to the arcade and was about to tell them the story, when I noticed that they’d all become distracted and were looking over my shoulder. Turning round I saw that walking along the pavement in our direction was… Paul McCartney.

We can’t guarantee any coincidences like that on the day, but we can guarantee you a walk packed with historical fact and anecdote. The magic of London is that for centuries it has brought together incredibly varied people from all sorts of backgrounds. So our walk will hear about everything from William Wilberforce’s campaign against the slave trade to how Jeremy Lloyd got the idea for Are You Being Served? It’s going to be fun – look forward to seeing you there.

Click here for instructions for how to join The Oldie Gang.