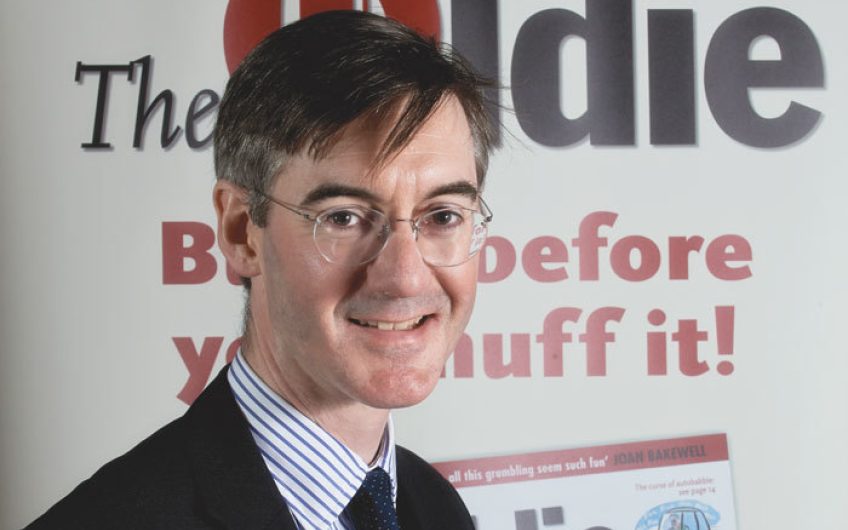 I popped up on BBC Breakfast yesterday morning to talk about Jacob Rees-Mogg, the new Leader of the House of Commons, and the list of writing ‘rules’ he has issued to his staff. JR-M (‘the Honourable Member for the eighteenth century’ as the Westminster wags like to call him) has a number of pet dislikes when it comes to correspondence and I’m with him all the way. Well, almost all the way.

I think Jacob is making a mistake in insisting that every man should be addressed on envelopes as Esq. - short for Esquire. Given that he accepts Ms as well as Mrs for addressing women, he has clearly come to terms with some elements of the modern world, so why cling on to ‘Esq’? It’s outdated. Even when it was used, it wasn’t applied to every man: it was simply used for what were perceived to be ‘gentlemen’. I have dropped it, and I reckon it’s time the Moggster did, too.

My other quibble with the great man is over his suggestion that a comma should not be used before the word ‘and’. I think Jacob is just plain wrong on this one.

You remember the old riddle:

Q. What’s the difference between a cat and a comma?

That tells you much that you need to know about the comma, but, maddeningly, not quite everything.

A comma marks a momentary pause between different parts of a sentence – like an almost unnoticeable intake of breath. Commas exist to make the meaning of sentences clear by grouping and separating words, phrases, and clauses.

Commas are used to separate items in a list:

“I packed my bag and in it I put my brush, my comb, my toothpaste, my teeth, my pyjamas and my book.

In a list there is no need for a comma before the ‘and’, unless the sense requires it - which is why Jacob’s blanket ban on its appearance in front of an ‘and’ is wrong. In this sentence, for example, it is undoubtedly helpful:

“Beyond Boris and Carrie, the list of the great lovers of history should include Adam and Eve, Troilus and Cressida, Antony and Cleopatra, and Kermit and Miss Piggy.”

Without that final comma, you leave open the possibility that Antony and Cleopatra and Kermit and Miss Piggy were part of some sort of time-travelling foursome.

How many people am I talking about here – two or four?

“I want to thank my parents, Charles and Alice.”

“I want to thank my parents, Charles, and Alice.”

‘Making it clear’ – that’s what it’s all about. And that’s why some people – especially those who work for the Oxford University Press – insist on having a comma before the word ‘and’ even in the most straightforward list. This is known as the ‘serial comma’ or the ‘Oxford comma’, and it’s useful:

“My favourite flavours of drink are orange, lemon, raspberry, and lime and ginger. They used to be strawberry, apple, pear, lime, and ginger.”

Without the Oxford comma, you can give people the wrong idea. Famously, The Times newspaper once ran a brief description of a television documentary featuring Peter Ustinov, promising:

I think I must send JR-M a copy of my book, Have you eaten Grandma?’ The title itself underlines the importance of commas as aids to clear communication.

The Hell of white goods deliveries

What was… the Beastly Birthday Book?

Supermac was a super diarist

What's in a name? The Wilde take on Boris