Confessions of a car crasher 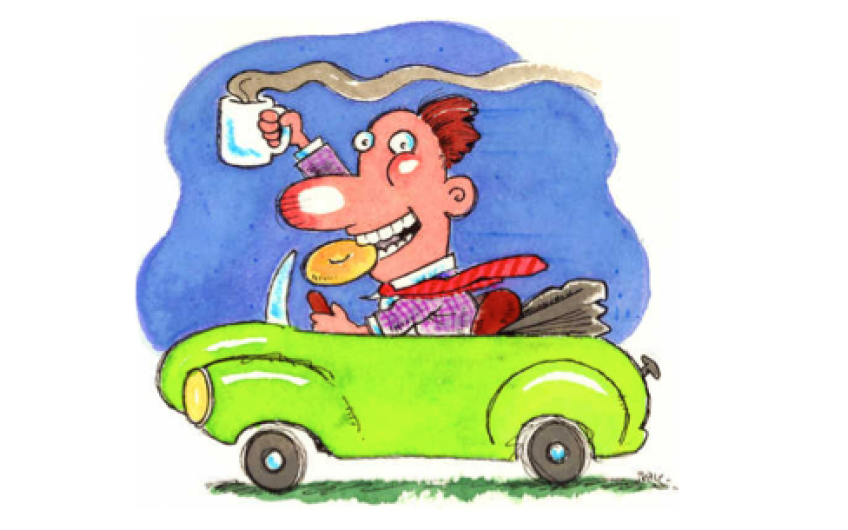 One of the foundation stones of my 24-year marriage – if not the only one – is our prenuptial agreement never to be cross with the other half for pranging the car.

Our romance was nurtured on the back of a number of smashes, and finger-pointing was quickly rendered self-defeating. We are, quite simply, terrible drivers. For reasons unknown to us, we are always hooted at at roundabouts; we are now oblivious to abuse and unusual hand signals.

When we lived in a small village in Dorset, neighbours would park far away from us, certain in the knowledge we would collide with them. One lady, whenever she saw us pulling out, would wait patiently until we were 50 yards down the village street before continuing her journey.

We never repair our own scrapes, on the basis that another one will be along soon. Once a decade, if we’re very lucky, someone runs into our car (almost certainly our fault), adding another dent and scratches to existing dents and scratches on the same panel. So, for a month or two, we have one repaired, dent-free panel on one side of our car.

However, the game has now upped itself. Enter whiplash. My wife is particularly lethal in car parks. Unmissable, yellow concrete bollards are a favourite and their telltale paint often adorns our wings. Recently, at B&Q, at her car-park speed of 5mph, she scraped the side of a parked car, with the driver in it. The other lady leapt out of her car, not in rage, but yelped triumphantly: ‘GREAT! A BRAND NEW CAR!’ She also claimed whiplash, even though the impact was non-existent. I know a little about whiplash because, a year ago, I was smashed into, while stationary on the M3 in a traffic jam, by a young man going at 40mph en route to his aunt’s funeral. My car was a write-off (conveniently) but, save for his decision to keep hugging me, I was untouched. Yet, for a month, I received a stream of calls from middle men, begging me to claim thousands of pounds for whiplash. I declined, but this lady was a lawyer and knew her rights.

We begged our insurance company not to pay out for this, despite its having no effect on our premiums. They completely agreed it was absurd but said that, in whiplash cases, judges always rule in favour of the victim, regardless of provable speed and impact. It’s a racket: ‘crash for cash’.

This week, it was my turn. In a tiny walkers’ car park in Dorset – in which I’ve parked hundreds of times, and despite all my reversing bleepers screaming at me – I reversed at speed into the side of a car. How was this enormous piece of metal so invisible? The car was empty but, after a second or two, I realised that I would feel a deep sense of shame if I didn’t leave a note with my registration number and mobile phone number under its windscreen wiper.

As the hours went by, I admit to hoping the note might have blown away but, sure enough, as I sat down to dinner, my mobile rang. A very friendly voice came on the line: ‘Is that you, James? Well, may I thank you so much for leaving me your mobile number? It’s so decent of you. My insurance company says that only one in ten people does so.'

What, no handkerchiefs? The Grand Old Man of Malaga and the Spanish Civil War