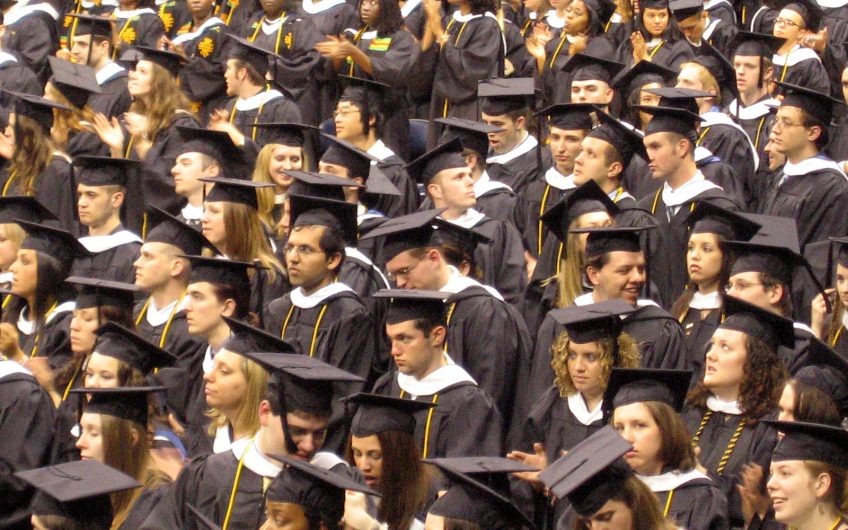 For the last fifteen years, both as a volunteer and in a paid capacity, I have mentored young people from a variety of inner-city backgrounds, be it in Peckham, Wembley or Hammersmith.

Having thus “put in my time” at the coal face of urban education, I’d like to think that my observations carry some weight. Profoundly aware of the role’s august Homeric lineage, mentoring, whilst very much my side gig, is one I take incredibly seriously, and in which I have invested heavily of myself.

Whilst certainly no E.R. Braithwaite or Katharine Birbalsingh (teachers in tough London comprehensives who wrote about their arduous experiences in the autobiographical novels To Sir, With Love (1959) and To Miss, With Love (2011) respectively), I’d like to think that my role as a mentor is perhaps somewhat more holistic, with scope to address a panoply of intellectual and artistic ideas, as well as emotional and social issues, which the onerous dictates of SATs, GCSEs and A-Levels mean are often overlooked in the classroom.

As an existential humanist and a devout atheist, Terence said, “I am a human being and I consider nothing human alien to me." Camus believed in the need for human solidarity in the face of adversity (as he memorably says in La Peste: “We’re all in the same boat. We must help each other.”) These are the mainstays of my philosophical world view. I regard it as a tremendous privilege to have the opportunity to shape young minds and play however small a part in nurturing the potential leaders of tomorrow.

My own pedagogical persona is part avuncular, (soi disant) worldly sage - think Hector from Alan Bennett’s The History Boys, minus the pederasty and the rotund girth, resolutely focused on the broader value of education for life, not just its utility to pass exams; part Robin Williams’s maverick Keating from Dead Poets’ Society (minus the 1950s WASP floppy fringe and gratuitous recalcitrance), proselyting the myriad joys of the Western literary canon, an awareness of life’s ephemerality and the importance of being true to oneself, and part The Crock from Rattigan’s magisterial The Browning Version, minus the Aeschylus and the cuckoldry, taking no prisoners or brooking dissent. In fact, I encourage the students to watch all three films, as well as that other seminal classic designed to instil an appreciation of the importance of seizing educational opportunities, Rue Cases-Negres, set in the cane fields of poverty-stricken, 1930s Martinique.

In my sessions, I try to teach young people how to be critical free thinkers who can both challenge and be rigorously challenged, and undertake cerebral jousting with intellectual and lexical agility, as well as decent human beings keen to contribute to the uplift of society for the common good.

Likewise, somewhat more remedially, I seek to produce kids who don’t backchat, kiss their teeth or exhibit a screwface demeanour. With mantras like “You need the school more than the school needs you”, respect for authority is key.

Whichever insalubrious or socio-economically deprived area of London I have mentored in, I have learnt that, not surprisingly, young people are all fundamentally alike, with the same aspirations and ambitions, and face many of the same challenges, irrespective of their postcodes.

What are those challenges? The appalling dearth of positive male role models, the glaring lack of parental involvement, let alone discipline, the rampant cultures of instant gratification and toxic hyper-masculinity, slavish genuflexion at the high altar of parochial materialism, a sadly all-too prevalent anti-intellectualism (often worn as a badge of honour) and a visceral dislike of reading all play major parts. Furthermore, the ostensibly never-ending knife crime pandemic, with its concomitant sense of life being cheap and disposable, as well as “nasty, brutish and short” and the malevolent threat of internecine violence which teenagers endure both to and from school, the ubiquitous addiction to smartphones and mind-numbing social media and the deleterious effects of “ghetto grammar” (“You get mi, blud?” speech) all compound the problem. Plus, with the omnipresent “poverty of low aspirations”, as well as genuine physical poverty, not to mention a lack of self-confidence, often masked by fatuous braggadocio, and the dumbing down of secondary school education in general, it’s true that many inner-city teenagers have it hard.

As a mentor, the challenges are legion. One is called on to be a surrogate parent, a policeman and a social worker, often all at the same time, in addition to striving to impart knowledge, wisdom and a passion for learning, as well as vital life skills, drive and motivation. And yet I am conscious that I have it comparatively easy, engaged for only a few hours each week.

Entitled Learning for Life (not just for exams), my mentoring sessions have three main aims. First, to raise the young people’s academic level of achievement - achieved by dint of reading aloud and then discussing apposite newspaper articles, maybe even the latest trenchant broadside from Rod Liddle in The Spectator(“Readers are leaders and leaders are readers”) and a vocabulary slot (“as the more words you have at your disposal, the better you can articulate your thoughts”). Secondly, to expand their cultural horizons beyond the often limiting and stultifying environs of their “endz” - achieved by dint of trips to museums, theatres and other repositories of high culture, as well as open days to top universities. And thirdly, to help the young people develop a fully functioning moral compass e.g. stressing the importance of tolerance, compassion and giving back. To quote that marvellous African-American proverb: “Service is the rent we pay for living.”

There's lots to do, be it teaching about the achievements of Toussaint Louverture, Frantz Fanon and Malcolm X, or for that matter reading the works of Boethius, Boccaccio and Baudelaire, learning about countries and capitals, world affairs and current geo-politics. It's important to convey the notion of being global citizens. Tom Paine’s “My country is the world and my religion is to do good” is another key mantra ). I warn against the dangers of nihilism or misogyny in grime and drill music. I emphasise the importance of a firm handshake, eye contact and a smile when it comes to interview etiquette (the “soft skills” which many middle-class kids have reinforced at home and which make a big difference when presenting to the world). The mentor’s role is varied and nuanced.

For me, quasi-draconian discipline is a sine qua non of any successful session. Without it, knowledge simply cannot be transmitted. I am a firm believer that young people need parameters, all the more so if absent in the home, but of course with some badinage, levity and humour thrown in, not to mention over-arching humanity. I always tell them: “I’m not here to be your friend. I’m here to help you. There’s a big difference.” And on the whole, they seem to get it.

I am keen for the young people to “confound, not conform to stereotypes”, be it in attitude, elocution or deportment, as I realise how them being judged negatively on the way they walk, talk or dress can seriously impact their life chances and stymie career advancement.

Moreover, much of my time with the brighter kids is spent debunking the dangerous (and self-serving) narrative of those broadsheet commentators (ironically often Oxbridge-educated themselves) who love to propagate the myth that every Oxbridge college is a hotbed of endemic, heinous racism and vicious oppression akin to apartheid South Africa or the Jim Crow-era Deep South.

Despite a plethora of highly laudable outreach schemes, specifically targeting those from underprivileged and “non-traditional” backgrounds, tragically many of these bright youngsters are dissuaded from applying to Oxbridge due to the pernicious jeremiads of the Usual Suspects, whose sole raison d’être is to seemingly denigrate Oxbridge at every opportunity by lamenting its lack of BAME students. In fact, I genuinely believe that what I tell my mentees— all from first or second generation immigrant backgrounds – is a far more accurate reflection of the British educational zeitgeist: “There’s actually never been a better time to be young, black and bright.”

Week after week, I tell my mentees that there is nothing sadder in life than unfulfilled potential and to never let their ambitions be limited by other peoples’ perceptions, prejudices or pigeon-holing.

Vehemently against the myopic pre-occupation de nos jours with stridently divisive identity politics, I frown on any of their answers which begin with, “As an (insert colour, religion and sexual orientation as appropriate)...” I’m not for one minute denying the veracity or repudiating the validity of the young people’s experiences based on these factors, but I don’t see the benefit of telegraphing what can easily be perceived as a victimhood mentality. Instead, I urge them to be counter-intuitive. If you wish to play the Oxbridge game, or the game of life, dare to feel that you don’t have to even mention such things. Let the dons (or whoever) judge you (gasp!) on your intellect and your passion for the subject alone. Nothing else should really matter.

Over the years, I’ve had many successes - with several students winning scholarships to top private schools (like Westminster) and places at Oxford. Teenagers not getting stabbed, arrested or even seeing adulthood are of course just as sweet – if not in some senses, even sweeter – victories.

Being a mentor is both immensely rewarding and gratifying, but can also be gut-wrenchingly frustrating. I would be lying if I said that a chronic ingratitude from many of the students (and their parents) doesn’t still rile me, even after all these years. But now, I simply rely on the prospect of cosmic karma to banish negative thoughts.

Why do I continue? Well, I believe in trying to ameliorate the life chances of young people, many of whom through no fault of their own, simply by accidents of birth, have not been dealt a winning hand in the lottery of life. Whilst it can often be dispiriting, constantly navigating vicissitudes, I maintain that inner-city mentoring is an essential, noble and intrinsically meaningful thing to do. Because without direction, love and that all-important sense of hope, teenagers, like adults, flounder and die inside.

By attempting to give them guidance, motivation and support, not to mention the tangible academic and emotional tools to achieve success in our society, as well as instilling a love of learning, kindness and trying to convince them that the world, or at the very least British society, is not stacked against them in an already rigged game, I believe I am doing my bit to create a more equitable, just and humane society - a true meritocracy which rewards talent, irrespective of skin colour or social background.

As the great African-American abolitionist campaigner Frederick Douglass so presciently said, “It is easier to build strong children than to repair broken men.” Word!