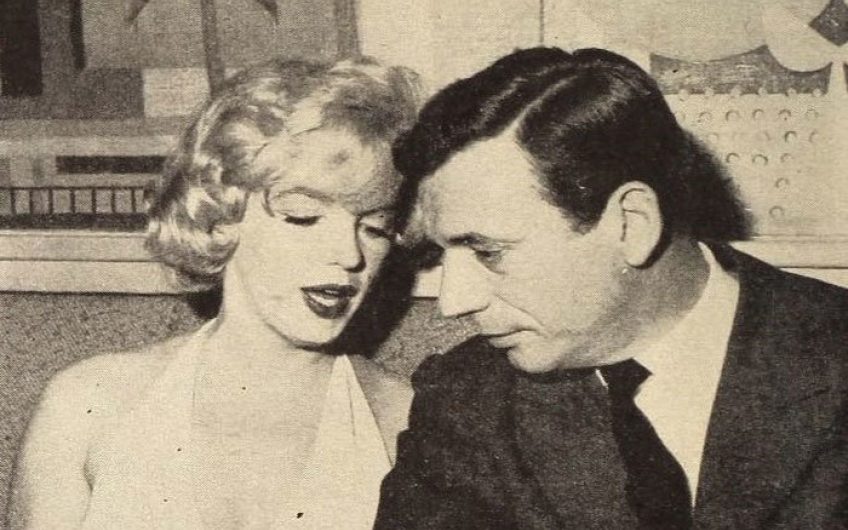 As a documentary-maker, I travelled the world. While holed up in lonely, desolate hotels, I would yearn for British conversation.

Now that I live mainly in London, I’m finding that the robust, stimulating conversation of my imagination is increasingly elusive.

It is being murdered by the Blockers – people who are too distracted to listen, too timid to handle the rough and tumble of general conversation, too bigoted to embrace a contrary opinion and too intent on creating an impression to focus on what anyone else says.

Evelyn Waugh described good conversation as ‘a fantasy growing in the telling, apt repartee, argument based on accepted postulates, spontaneous reminiscences and quotation’.

To be a great conversationalist takes an ability to listen plus a drop of charm. Laurie Lee described charm as an ‘enchanted dart’ and said of it, ‘Like a sense of humour, if you think you’ve got it, you probably haven’t.’

Good conversation is delicate and fragile and therefore easily crushed by Blockers dumping their insecurities or expertise like dollops of cement.

Blockers come in many guises. By the time you’ve recognised one, you may be stuck with conversation dying around you. Here are just a few types of Blocker you are wise to avoid:

As you are enjoying a tantalising anecdote from across the table and about to join in the delightful general chatter, the Diverter turns to you, isolates you and pins you down with an inane question that demands a lengthy answer and your immediate attention. ‘So how’s work going?’ or ‘How are the children?’ is a typical tactic. And you’re trapped.

We all know the Topper – the competitive know-it-all who trumps you every time. You’re chatting about visiting Tikal when the Topper interrupts with ‘Oh, it’s not nearly as amazing as Chichen Itza,’ before giving you a rundown on Mayan ruins you’ve never heard of. You could be talking about swimming with dolphins or making a quilt – it doesn’t matter what it is; the Topper has done it all before you on a bigger, better scale.

The Wit never allows you to finish a sentence before twisting it into a joke, spiked with innuendo and delivered with a lot of funny facial expressions and accents. The Wit’s teasing banter swamps whatever you’ve said and forces you to feel too boring and serious to persist with your anecdote in the face of such hilarity. The Wit always prevails: if you don’t laugh along merrily, you risk looking po-faced, defensive and humourless.

The Expert can come in a very young package. You might be an English professor, but your view on Macbeth will be wrong and outdated, according to the teenager Expert studying the text for GCSE. Grown-up Experts sound weary rather than shrill, as if suffering the burden of knowing everything about everything. They’ll respond with ‘Well, the thing about Macbeth [or whatever you’re talking about] is…’

The Expert is also known as The Thing about the Thing Is.

The Egotist can’t bear anyone else to be on the stage. So you’re telling a story about being jailed in Libya and you’ll be blocked with ‘I know someone who went to prison in Tunisia.’ Or you have an enticing morsel of knowledge about where Prince Andrew went after Pizza Express, and the Egotist will drag you back to Egoland with ‘Last time I went to a Pizza Express, I was actually quite impressed.’

You’re describing seeing a new play that has had terrible reviews and the Pity-Seeker dives in with ‘Oh I can’t really afford to go to the theatre.’ You change tack and mention the party where you met your hostess. ‘Oh, I was NFI. I don’t really get asked to many parties any more.’ You sympathise deeply – not with the Pity-Seeker but with whoever withheld the invitations.

This Blocker can’t bear to lose an argument, particularly if it’s part of a political conversation or involves the B word. Win your point and you might be met with ‘That’s such a middle-class attitude – so typical of you,’ or ‘I always knew you were a champagne socialist.’

Don’t try laughing it off. This can quickly escalate into a full-on assault, ranging from ‘No wonder you never married’ to ‘Let’s face it – you’re not nearly as good a writer as you think you are.’

Here’s how it goes:

‘How lovely to see you again!’

‘But of course! We were at university together.’

‘Yes! Don’t you remember? We met at the Play Room opening party with Ed.’

‘Did we? Goodness, you have a good memory. I’m afraid I’m simply hopeless with faces. What did you say your name was again?’ So be a good listener, heed Evelyn Waugh, avoid the Blockers and you could become that increasingly rare bird – a great conversationalist.