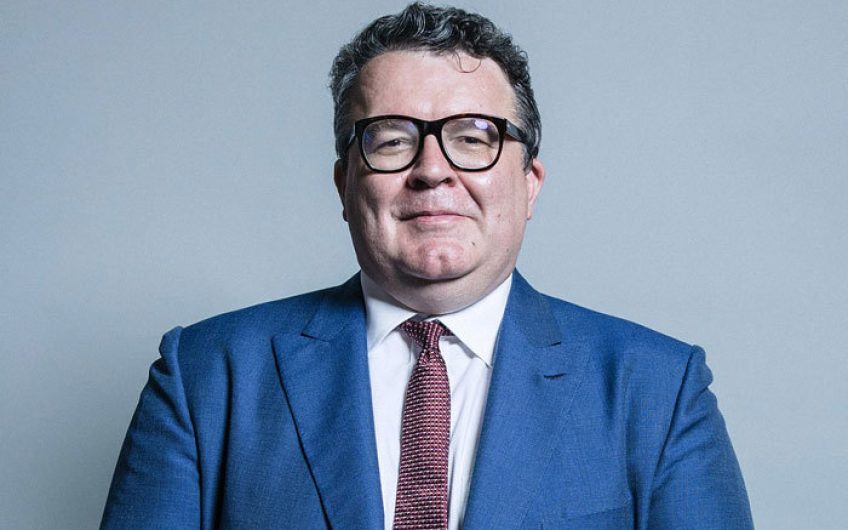 As a fellow former(ish) fattie, I was very keen to learn more about Tom Watson’s seemingly miraculous weight loss.

Not quite half the man he was two years ago, he lost an impressive eight stone in a year. His success was the talk of the town. And that was with the B-word being far from resolved...

I have to confess that I even nicked one of his ideas when I was doing battle with my own paunch. The ‘Bulletproof coffee’ – a surprisingly pleasant mixture of coffee and butter – was a revelation as a hunger suppressant.

His book, Downsizing: How I lost 8 stone, reversed my diabetes and regained my health – not a catchy title – is part memoir and part manifesto.

The memoir is very compelling. He starts off in the 1980s at Casa Watson in the West Midlands. Along with a couple of well-aimed kicks at the Conservative governments of his youth (bloody Thatcher!), he explains his steady rise from podgy rugger bugger to beer-swigging student to, well, beer-swigging Labour Party and Trade Union activist. Tom Watson, or Tommy Two-Dinners – as he was known in parliamentary circles, due to a massive session with Mark Seddon, editor of Tribune, at the legendary Gay Hussar in Soho – is very good at the human touch.

His description of obese life is scarily close to home. The late-night trips to the kebab shop. The frenzied, jealous and rabid consumption of food – not always one’s own. The gobsmacking degree of self-denial. The frustration of the many tried and failed diets. And most telling of all, the sheer exhaustion of it all.

Going from being fat to doing something about it isn’t easily done. Because it’s genetic, because I just need more fuel than my skinny mates and because who’s it really hurting?

Watson is impressively candid about his ‘personal Rubicon’. The morning after his 50th birthday party, a night of characteristic excess in mid 2017, he thought about everything he had: two children, a close network of family and friends, and a job in high-end politics. Everything except health. I don’t want to die, I really don’t want to die, he thought.

Thus began his transformation! A bit of exercise first, then nutrition, then more exercise and you have the broad strokes of the method. He can be quite self-congratulatory, but he is careful to present his successes with a tone of ‘you can do it too’.

He lost me with the nutritional science and the ravenous way that he claimed to consume it. But two things stood out: the Keto diet, a low carbohydrate and high fat diet which helps breakdown dangerous organ-surrounding fat and helps suppress appetite; and the ‘Bliss point’ – the food industry term for the amount of sugar in a product that makes it moreish.

He is alert to the risk of selling his book as the method, repeatedly reminding the reader the book isn’t a manual, just a description of one way to do it, his way. The admission that it was ‘my fault, and my fault only’ made impressive reading. Great, I thought, finally, someone who will take responsibility for his weight. Good man. No such luck. On second inspection, it was, ‘the way I viewed it’. Who to blame this time…

Eeny meeny miny moe. It’s nobody’s guess… Big Sugar. Shock. The eternally – and conveniently – present ‘morally bankrupt corporations’ that ‘literally hack our brains’. These satanic manipulators and exploiters must and will be brought into line and, in so doing, will help remove the burden of the 3.7 million diabetics, who cost the NHS £20 billion a year.

Eugh, here we go again. I suppose, I should at least be happy that it wasn’t the obese thought police line that being fat is perfectly fine, but prejudice…

It’s the textbook answer. So unoriginal. So dull. Of course there is an element of truth in the line but it lacks something. The corporations do their bit, but doesn’t it take two to tango?

Watson himself was able to overcome these conniving besuited men who festoon the boardrooms of sugar giants with the help of family and friends – not to mention his own will power (always the first casualty of this line of thinking). Why aren’t these allies more present in his solution? The polite warnings from friends and siblings were clearly invaluable to his improvement, why is the bloke on the street any different?

Watson’s passion and drive are unquestionable. His warm tone and frequent self-deprecation have you rooting for him from the start and make his whole journey seem eminently achievable.

But the political posturing at the end ain’t quite so good. He may have left the commons, but he is still very much the politician.