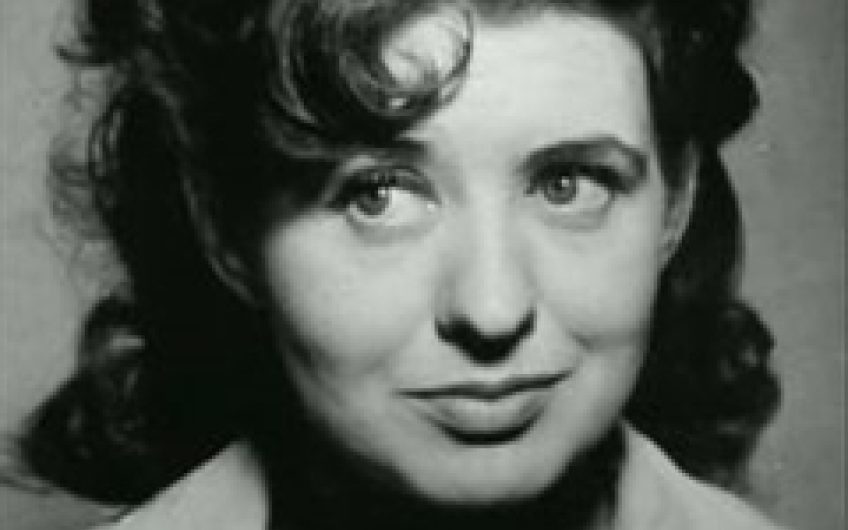 They called her 'the working man's Raquel Welch'.

She wasn't a film star, but she was the sex symbol of a great British soap opera for many years.

Actress Pat Phoenix became inseparable from her alter ego, Elsie Tanner, for the millions of regular viewers who made Coronation Street television's undisputed most popular show.

Pat, born on November 26, 1923, who died in 1986, was born Patricia Manfield. She played glamorous Elsie for nearly a quarter of a century, during which time she acted out many romantic liaisons - often returning to the the Street's bookmaker, Dave Smith, with whom she had an on-off affair, often coming close to being made an honest woman by the proprietor of the local betting shop.

Their affair finally ended when Elsie was unhappy that Smith was hounding harmless elderly Rovers Return regular, Minnie Caldwell for a modest gambling debt she had accrued.

Gambling also dominated another storyline involving Elsie, when she took in her father-in-law of the time, Wally Turner, a punter who was regularly losing his pension in the betting shop.

In the real world, Pat Phoenix did have a genuine interest in horse racing and when I interviewed her, she told me about her love for the sport, and how she had a most unusual gambling problem - she found it virtually impossible to get her bets on when she went racing.

Pat had become an owner when a friend gave her, as a present, a brown colt called Lymond, 'pronounced Limmond', she corrected me, 'It drives me mad when people say Liemond.'

However, the gift seemed a rather dubious offering when the horse failed to get its head in front as a two and three year old - but Pat's persistent optimism about the horse finally paid off at Thirsk in April 1983 when Lymond finally won, ridden by Paul Eddery, and returning rewarding odds of 16/1.

'I only just made it to the racecourse in time to see the race,' explained Pat, who confessed to having a 'moderate bet' on her horse. 'But it was fantastic. I was totally stupefied when he'd won - I didn't even think to speak to the jockey, I was in a daze. It was the thrill of a lifetime.'

Her trainer, Nigel Tinkler, added, 'I was terrified after he won at Thirsk - we seemed to be surrounded by half of England wanting Pat's autograph.'

Her Corrie colleagues were also great supporters of her runners - 'Fortunately they never held it against me when they didn't win.'

Pat went on to own several other horses - showing an interesting method of judging horseflesh - 'I bought one colt because its colour reminded me of my mother's hair.'

However, though she enjoyed racing, she much preferred flat racing to the version run over jumps, and told me she'd never considered buying a National Hunt runner - 'No, I want my horses to stay in one piece.'

And Pat was no fan of the most famous jump race of them all, making that clear with a sarcastic put-down - 'I would not describe myself as one of the Grand National's greatest supporters.'

She had inherited her love of horses from her mother - 'She was Irish, so it was in the blood. We were far too impoverished ever to think about owning horses during my childhood, but I love them, and ride myself - mind you, I'd never make a jockey.'

Becoming a frequent racegoer, Redcar named and ran the Pat Phoenix Stakes in her honour - Lymond was entered but was eventually ruled out of competing through illness.

Her racing colours were not the most eye-catching - 'I wanted something tasteful, so I went for coffee and cream - forgetting that they would be almost impossible to make out from a distance. Still, Lymond won in them, so I was never going to change them.'

Shortly before her death, Pat had married actor Anthony Booth, also a keen racing follower, who announced on their engagement that 'I'm paying for the engagement ring by courtesy of William Hill and Ladbrokes. My hobby has always been racing and studying form.'

Following Pat's untimely death, there was a bizarre, beyond-the-grave betting bonus for Booth, when he revealed in December 2005 that he'd been asleep in their bed at the cottage they had shared, only to wake one day, to see her standing by the bed:

'She said, 'do you want to ask me anything?'. I said yes - what's going to win the Cesarewitch (one of the season's longest, and biggest betting flat races, run at Newmarket)?