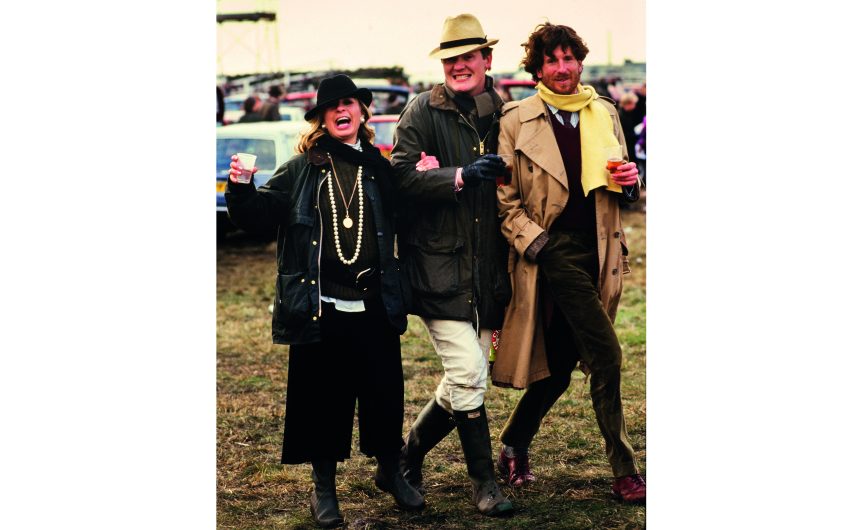 Forty years after writing the Sloane Ranger Handbook, Peter York finds the tribe has been exiled from Sloane Square to the country

The idea of Sloane Rangers – the native population of the bestselling Official Sloane Ranger Handbook (Ebury Press, 1982) – started with what I call a Martian moment, a ‘Have you seen it?’ sensation.

Back then sci-fi film writers – rather like David Icke today – used to trade in the idea of strange creatures, like Martians who’d taken human form. In their films, brave, observant, strong-chinned heroes would talk about that little something they’d noticed – such as green blood – that wasn’t 100 per cent familiar.

My Martian moment came with the late Ann Barr (1929-2015), deputy editor of Harpers & Queen in the 1970s, and it was about recognising those girls: uncannily similar upper-middle class girls working in smart London.

You’d see them on the Tube – all in the same Gucci and Hermès kit – and fantasise about introducing them to each other: ‘Caroline, meet Caroline.’ I was working with girls like that in my proper job as a Boy Executive in Belgravia too.

My first writing about Sloanes – massively edited and improved by Ann, in Harpers & Queen magazine as was (it’s now called Harper’s Bazaar) – was a huge hit in a relatively small pond: Sloane Land itself and among London media types. It wasn’t Big in Barnsley or Bolton then.

But we’d get letters from Army wives in BAOR 40 in Germany, saying their husbands’ muckers or their Hampshire cousins were just like that. Absolutely. That we’d got it spot-on.

I got the credit for the brilliant anecdotes and details Ann had extracted from her own early low-tech version of Facebook – writing to everybody in Sloaneshire, asking for Sloane stories.

By 1981, the Sloane was a fairly famous idea, an easy word for a posh bird (and men too – we’d done Sloane Ranger Man in Harpers & Queen the following year, explaining their secret language, ‘Wa-Wa’). And that Sloane Ranger credit had helped me get my first book published, in 1980.

In 1981, Harpers & Queen’s charming Irish leftie publisher, Stephen Quinn (later the legendarily suave publisher of Vogue) told me proudly that Harpers & Queen was getting its own sub-imprint with Ebury Press, the UK Hearst Group’s book business.

He asked me what books we should do. I wrote a list of four can’t-miss titles. The one at the top – I’ve forgotten the rest, of course – in huge letters was THE SLOANE RANGER HANDBOOK. It was, obvs, because of Diana. Princess Diana, who married Charles in 1981, meant just such a Sloane was the most famous girl in the world. And everyone wanted to know everything about her. I said we had to do it. And quickly.

As a massive bestseller, with two follow-up books, SRH took Sloane culture from a secure and secret thing to being a very public one. For the newly aspirant world of the ’80s, Sloane became part of the dressing-up box – something to pick and mix. And part of the fashion cycle. The clothes, the interiors, the events, the posh brands were what people wanted, rather than deeply-held beliefs.

Sloanes were widely confused with aristocrats, whereas they were really a sub-set of the upper middles. They seemed then to be an important, settled layer – arguably the marzipan one – in our national cake, with the monarchy at the top and the toffs providing the icing.

If the Sloanes became suddenly, unwittingly, fashionable in the early 1980s, by the end of the decade – after the Big Bang (1986) – they couldn’t have been more out, more wrong. The go-for-it, free-market era did more to undermine Sloane culture than all the various post-war Labour governments, high taxation and the three-day week.

During the later 1980s, the Sloane world started to split and then to fragment under the new pressures of money, ambition and globalisation.

The first big split was between London and the country. The new City investment banks, owned by people from New York, Tokyo and Hamburg, rather than PLU, culled the Sloanes.

But then they massively rewarded the ones who remained. A huge gulf emerged between younger, rich City and media Sloanes in London, who lived an increasingly shiny, luxury-brand life, and their identically reared country cousins. The country cousins were stuck in the old Sloane jobs, running toffs’ estates or being partners in nice, county-town law firms.

‘Rich Caroline, poor Caroline’ – an acute Harpers & Queen article of 1986 – pointed up the divide between Rich City George and his Caroline (George is on £300K a year – in 1986!) and Poor Julian who’s on something more like £25,000 (about £75K now, and actually not so dusty when the national average was £8.5K-ish). That meant massive belt-tightening and ingenuous little jobs for Poor Caroline: selling tiny antiques, making spinach roulade in industrial quantities for sale, taking in PGs – in order to maintain their grip on What Really Matters In Life.

What mattered then was having a place in London and a foot in the country; a house, however battered, in an OK county. And private education – which meant elaborate, impoverishing saving schemes and tapping up kindly old parents. And buying some equally battered 18th-century portraits for the drawing room at the bin end of an auction so the house could look the part.

By the end of the decade, smart Sloane survivors in London were consciously drabbing down the vowel sounds but smartening up the dress codes, avoiding anything that said old-world amateur. Going modern.

And the Sloanes moved. In London, they had to, as New People, many of them from Other Lands, took over those nice central London postcodes – SW1, SW3, SW7 – Sloanes had thought of as theirs. As London became the World City, the smartest bits were taken over by Russian oligarchs and Indian and Chinese billionaires, and South Ken fell to smart young European City types.

Sloanes migrated south and north, from Battersea down to Wandsworth, Balham and the very borders of Tooting. And up north to Queen’s Park and Kensal Rise. This meant meeting completely new kinds of people as neighbours.

At the same time, the most delicious front-of-Country Life old houses in nice counties, in good nick and accessible from London, began to command a hefty premium as these new global people cherry-picked them, too. In fact, the international rich cherry-picked everything delicious in the old Sloane world. There were scary reports of Eastern European plutocrats’ children in famous British schools carrying on their parents’ vendettas in brutal ways!

Money, education – especially for girls – and globalisation of practically everything tore that very homogenous Sloane culture apart. It wasn’t just ’80s greed-is-good ambition, though London Sloanes felt it intensely, keeping up in the big law firms and the smarter PR companies. There was also the whole UnSloane business of self-expression.

Self-expression meant Sloane women getting into every kind of therapy as practitioners. Reading your chakras in SW3. Psychotherapists in SW10!

By the noughties, commentators were complaining that the acting trade – a ‘being profession’ – was dominated by people like Benedict Cumberbatch, Eddie Redmayne and Dominic West. Would there ever be another generation of Michael Caines and Terence Stamps, they asked?

By 2021, there seemed to be every possible shade of Sloane around in London. But were they really Sloanes at all? It looked as if the only way for a Sloane to succeed was to UnSloane themselves. (Made in Chelsea was a positive festival of international rich kids, not Sloanes).

Diana was a major cautionary tale. Sloanes had loved her at the beginning (her ‘Shy Di’ portrait in that three-row pearl choker on the cover of our book said it all!). But Her Own Story as it developed had them confused and disapproving. From 1981 to 1997, it became clear that Shy Di wasn’t a Muddling Through Sloane at all, but a headstrong aristocrat. Slimmed-down, she’d become a fashion plate and knocked about with an international set of gay fashion designers and pop stars – rather than the people who’d shyly hoped they were her own folk.

And then there was Tim – Tim Nice-But-Dim, the brilliant comic creation of Private Eye’s Ian Hislop and his school friend co-writer Nick Newman for Harry Enfield. All three knew the second-tier life from the inside.

Tim, first seen in Harry Enfield’s Television Programme in 1990, is an affectionate portrait of a born loser: a trusting amateur with no saleable skills, but with a touching faith in the toff Establishment (‘bloody nice bloke’ is his favourite endorsement), City slickers and media smarties who dismiss him as a bumbling idiot.

Things end really badly for Tim. Conned out of everything he’s got (shades of the disastrous Sloane-decimating Lloyd’s Names disaster of 1997), he ends up sleeping in a cardboard box outside the Lloyd’s building.

The USA at the weekend