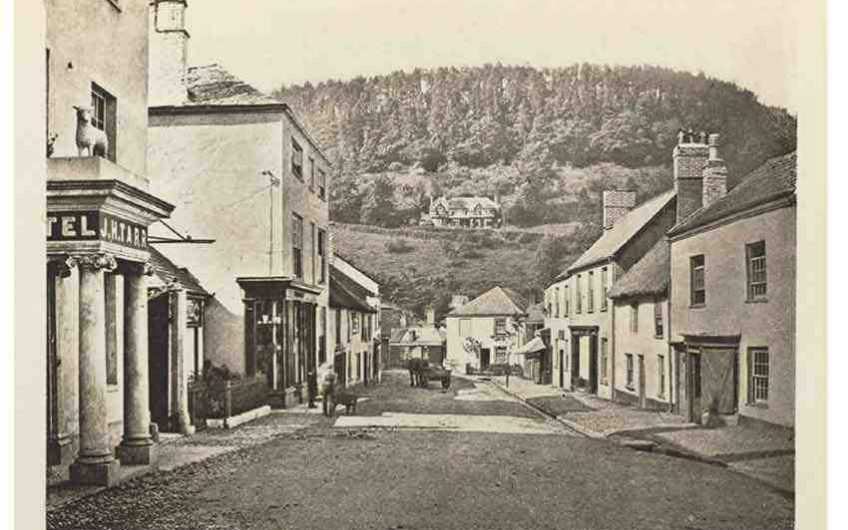 In lockdown, Londoner Ivo Dawnay moved to Somerset’s coombes and moors. Now he never wants to leave this Garden of Eden

There is an absolutely fail-safe way of finding the remotest and most beautiful places to escape to in England – they are anywhere that is at least 50 minutes from a motorway. Now take a look at the map: there are precious few of them.

Most of the Lake District, for example, doesn’t qualify. Almost nothing in the south of England and nothing at all in the Midlands or the industrial North. In fact, leaving Scotland and Wales out of it, you are pretty much left with a little patch of north-east Yorkshire and Northumberland, a smidgeon of the East Anglian coast, the bit of Dorset furthest away from Bournemouth and Exeter and the parts of Cornwall that lie west of Launceston – which is pretty much all of it.

Not even Dartmoor qualifies – 45 minutes from the southernmost point of the M5. Which is why I live in Exmoor, and boast about it. I’ve become an Exmoor bore.

‘We are the first bit of real countryside outside London,’ I smugly tell my arriving visitors, exhausted in turn by the A303 Stonehenge traffic jam, hours of queasily winding lanes and finally shaken (not stirred) by the foot-deep potholes that lead to our broken-down farmhouse – a mile and three-quarters from a tarmac road.

Our house – a duplicate of Uncle Monty’s tumbledown cottage in Withnail and I – used to be an occasional retreat from the metropolis. Now, over a year into the COVID pandemic, it has become home and a catalyst for a personal revolution; a cerebral and visceral rediscovery of the lost Gardens of Eden of my childhood – in my case, Hampshire before the advent of the mini-roundabout.

So if this is a love letter to Exmoor, it is also a travel piece about time. Because that is the one thing the modern traveller never seems to have. I always loved our broken-down farmhouse, but it used to be a fleeting fling – a tumble between the rural sheets before a return to the sophisticated long-term pleasures of the big city.

COVID changed all that. After a whistle-stop six-week spin around the US to cover the 2020 presidential primaries, I landed in west Somerset shortly before the first lockdown in March last year, just in time to witness the best spring in my 68 years. I have been here (with a very few exceptions) ever since.

Now I am enjoying the sequel. If you have spent the last 12 months locked down with toddlers in a high-rise flat with an abusive partner, my apologies. But for us lucky few country-dwellers, especially new ones, the lockdown experience has been revelatory.

This afternoon, for example, I was telling my nephews about my joy last year at watching the astonishing aerial acrobatics of the house martins as they swoop and dive to pick up mud for their nests. As I spoke, by pure coincidence the first house martins of 2021 made their appearance after an 8,500-mile trip from South Africa in the cerulean May Day sky. My heart leapt.

Yet, a year ago, I couldn’t have identified a house martin or told it apart from a swallow. But, given there was nothing else to do, I have put myself on a crash course on ornithology, flora and fauna – assisted by the Readers’ Digest Book of the British Countryside and The Observer’s Book of Birds.

Today, there is little that comes to the bird-food table (dubbed Bicester Village for its naffness by my over-sophisticated wife) outside the dining-room window that I cannot identify. I am learning too about plants, slowly. I’ve measured the pH (acidity) of my soil and plan to begin a course on identifying birdsong, by means of BBC Radio 4’s Tweet of the Day.

If those are universally available pleasures, Exmoor offers its own unique twist on them. To start with, down here we largely eschew fences or hedges. The moor itself is open land, where you can walk or ride for miles uninterrupted. In the coombes, the valleys beneath the high ground, cattle and sheep often wander the pastures largely untroubled by barriers. Lanes are rounded tunnels of hazel, and obstacles tend to be landscape-scale hills and rivers.

Unlike granite-dark, moody, Baskerville-hound-haunted Dartmoor – a crueller, starker beauty – Exmoor is bosomy soft, its modest villages sheltered from the south-westerly winds in the lee of gorse-covered high ground, often topped by stands of grey beeches, waving like sentinels, their buds turning them briefly mauve before the leaves burst forth.

But what is there to see? I hear you demanding metropolitans ask. Well, if the mosses and lichens of Horner Wood are too specialist a pleasure, there is the clapper stone bridge of Tarr Steps, or, more man-made still, the moor’s tiny capital, Dulverton – population 1,400 – which boasts excellent pubs, antique shops and the best second-hand bookshop in the south-west, Rothwell & Dunworth.

To the north, on the Bristol Channel, is Dunster, with its medieval yarn market, elegant church and castle, which looms over the high street like a Dracula movie set.

Then, along from Minehead – once a thriving medieval port, now famous for its almost-as-ancient Butlin’s – follow the wooded coast path to Porlock, taking in the model village of Selworthy and exhilarating views of south Wales.

Further along still, past the spot where Norman Scott’s Great Dane, Rinka, was assassinated, comes a glorious stretch of moor, and then Lynmouth, famous for its lethal torrents and floods.

But perhaps the greatest quality of Exmoor is that there is not much there. It is pretty unchanged and unchanging since King John declared it a royal forest and the first tarmac roads replaced the packhorse bridges and tracks, only very late in the 19th century. And that’s the way we like it.

As the flashy SUVs and President Biden’s advance party pile up into stationary staycation traffic jams down the A30 to Cornwall – added to this June by the G7 summit in Carbis Bay – we in Exmoor will revel in our inconvenient location and somnolent unfashionability.

For the charm of the place is partly its lack of pretension. Those of our neighbours who are not locals born and bred are, like me, contented dropouts from the London rat race. ‘Status in Exmoor,’ someone said, ‘is having the oldest car.’

For me, in my late sixties, the coming of COVID confinement could not have been better timed. It forced me – by law – not to do the things I have always wanted not to do: like work hard, be ambitious, achieve things or, worst of all, go to parties.

In our kitchen is a printed sonnet – Le Bonheur de ce Monde (The Happiness of This World) – by a 16th-century French typographer, Christophe Plantin. It is a recipe for the good life, defining key components as having a nice house and garden, good wine – no staff, children or parents – and being happy with little and hoping for nothing.

Once that has been achieved, one can await contentedly ‘chez soi bien doucement la mort’.

So true for me. Surely, after all, it was Dr Pangloss, not Voltaire, who had it right. All is for the best in the best of all possible worlds, so long as one turns off the news, pours oneself a glass of very good wine and simply cultivates one’s garden – preferably in Exmoor.