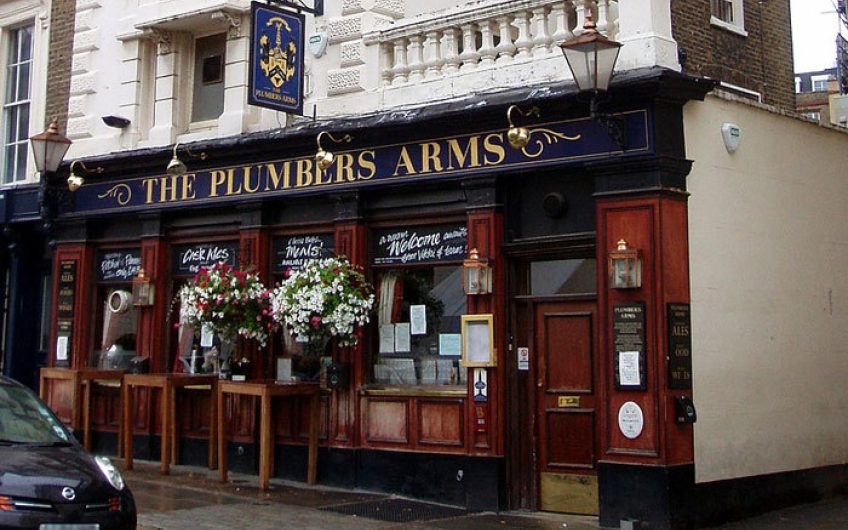 The son of the nanny murdered by Lucan says he's tracked the peer down in Australia. It's only the latest in many supposed finds, says Duncan Campbell

You did know that, in the 1990s, the Yorkshire Ripper was often allowed out of Broadmoor to go to discos? And that, for many years in the 1980s, Lord Lucan ran a safari hotel in Kenya?

We now live in a world in which ‘fake news’ is constantly invoked as though it were a new phenomenon. This October, Singapore even brought in a law, carrying a ten-year prison sentence and a mighty fine, aimed specifically at purveyors of dodgy tales. And barely a day passes without the president of a land across the sea tweeting his annoyance about the latest piece of fake news being aired by the ‘mainstream media’.

In the old days, bogus stories came under the gentler classification of ‘hoaxes’. The greatest exponent of them in the British media for years was a man called Rocky Ryan, who died in 2004, aged 66.

When I worked on the Guardian news desk in the 1980s, Rocky was quite a regular caller. He had a wide array of accents – Irish; south London; posh English – and of personas – security guard, priest, army major, disgruntled cop and Italian businessman.

His two golden rules were: always give the chosen newspaper the kind of story it would want to believe; and, if a news editor or reporter seemed sceptical, threaten to give the story to another newspaper. Oh, the horror if a scoop dismissed as dubious became the next day’s splash in a rival paper!

On one occasion, he rang up posing as an Irish security officer at Heathrow airport with the spectacular story of the arrest of a spy. Irritated by our cautious response, he threatened to give the story to the Independent or the Times instead. An hour later, having had no success there, he returned to us – but he’d forgotten which persona he had adopted: the Irish security officer had become a Cockney.

‘Oh, Rocky,’ I said, ‘you forgot which accent you were using.’

He chuckled and was gone.

One of his great coups was to persuade the Sun that the Yorkshire Ripper was being allowed out of Broadmoor to go to a nearby disco. He was in the hoaxing business as much for the sheer pleasure of making a paper look silly as for tip-off fees. He would proudly recount his coups to Private Eye or the Guardian diary and move on to the next target.

There was a dark side to all this hoaxing malarkey. One grim piece of fake news was perpetrated in 1978 when ‘Wearside Jack’ claimed to be the real Yorkshire Ripper, who at that time was still being hunted. His tale was believed by the police and much of the media. It even led to Peter Sutcliffe, the real murderer, carrying out three more killings. He had a Yorkshire rather than Geordie accent, which meant the police let him slip through their grasp. It was not until 2006 that the hoaxer, John Humble, was caught and jailed for eight years. He died in July 2019, aged 63.

There was also a dark and menacing side to Rocky’s hoaxing. He claimed to have tipped off Iraqi intelligence that the Observer journalist Farzad Bazoft, who was executed in 1990, was a spy. This was supposedly an act of revenge because he had been arrested and bound over after Bazoft called the police following threats from him over a previous story.

Generally, Rocky, a former stuntman who claimed, like many a fantasist, to have served in the SAS, stuck to the more traditional hoaxes. He would often have ‘information’ about the whereabouts of Lord Lucan. This was much appreciated by reporters – especially, in the winter months, if the missing lord was spotted somewhere warm. The late crime reporter Garth Gibbs of the Daily Mirror claimed he had ‘successfully not found Lucan in more exotic spots than anybody else’, having not found him in Cape Town, Macao and the Bahamas. The most famous ‘non-finding’ was in Goa in 2003, when the rediscovered Lucan was, in fact, ‘Jungle Barry’ Halpin (pictured), a banjo-player from St Helens.

The missing racehorse Shergar, kidnapped in 1983, was another of Rocky’s preoccupations. Many reporters were sent to Jersey, where Shergar was supposedly still galloping happily.

What is it about racehorses? One tale on the BBC in 2015, after the £14 million Hatton Garden safe-deposit burglary, was that the stolen diamonds had been smuggled out of England, hidden in a racehorse’s anus.

The internet, of course, has changed things for the hoaxers and fakers in two ways. It has given them unlimited scope to publish, while also allowing the sceptic to intervene and challenge the stories.

Rocky kept on going, impersonating both an Irish priest and an upper-class Catholic parishioner, to plant a complex bogus tale about the late Bishop Casey of Galway, who was supposedly hiding out in a non-existent priest’s house in Neasden in the midst of the 1990s scandal about his having fathered a child.

In 2004, Rocky died of heart failure, aged 66, after taking too many painkillers. Even as I wrote his obituary, I wondered whether, the day it appeared, the phone would ring and a familiar voice would chortle triumphantly down the line.