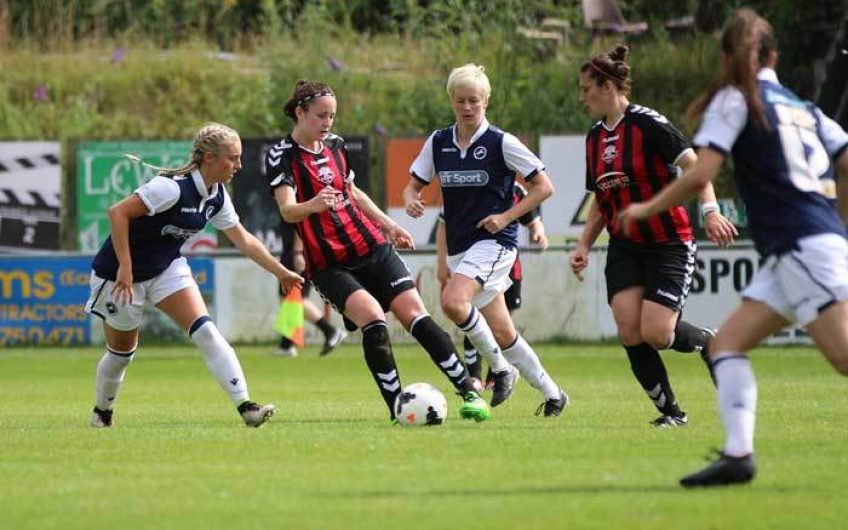 It seems like another era altogether. But actually it was only in 2004 that Sepp Blatter, then the most powerful figure in world football as he presided over the foul-smelling swamp of FIFA corruption, announced his plan to reinvigorate women’s football: make the players wear hot pants. The tighter and shorter the better, he reckoned, for a big audience.

Fifteen years on, nobody is sniggering about women’s football any more. Nobody is making derogatory comments about the tightness of their attire. Instead, the great and the good have been lining up to offer their backing. When the England team was announced for the Women’s World Cup in France, it was done so via social-media pronouncements from a cohort of the grand and the famous, including Prince William, David Beckham and Olly Murs (ask the grandkids). These days, everyone is a supporter.

And with good reason. The World Cup taking place in France is a watershed moment for women’s football; this could well be the point at which it moves into the mainstream. If England win it (and, with players like Lucy Bronze, Nikita Parris and the Bobby Moore-like captain Steph Houghton, there is every chance they might), the game could achieve serious lift-off in this country.

Victory by Phil Neville’s side would cap what is already a glorious early summer for English football. Tottenham Hotspur and Liverpool cheered up a fractious, divided nation with their ludicrously unlikely progress to the Champions League Final. What joy both teams brought with their semi-final turnarounds. What’s more, Arsenal meet Chelsea in the Europa League Final.

Regardless of the outcome of the games, English football has scored a huge victory. Not just in the fact that, for the 13th time, the Champions League/European Cup was lifted by an English side, but in the manner in which both teams made it to the final. They may be a multinational collection of expensively acquired talent, guided by foreign coaches. But they got to the Spanish capital by the application of very English qualities of resolve, endeavour and never-say-die spirit.

And the English women in France will have drawn sizeable inspiration from the achievement of their male counterparts. Should England pull it off, the consequences will be significant. Not least commercially. There is a reason all the leading Premier League clubs have invested heavily in their women’s teams. They know the potential is there for huge growth. Victory in the World Cup would introduce a whole new audience, opening eyes to the fact that the women’s game can and should be enjoyed in its own right and without the endless, pointless, reductive comparison with the men’s. Sure, Houghton and her colleagues would lose heavily to Spurs or Liverpool. But that is not the point. To watch the Lionesses against their peers delivers rewarding returns.

Earlier this spring, 43,000 people turned out to watch Manchester City beat West Ham United in the women’s FA Cup Final. If England do win the World Cup, such attendances could become commonplace in the Women’s Super League. And, if they do emulate their male counterparts and illuminate the Continent this summer, nobody will be talking about the cut of their shorts.

The best Prime Minister we never had?