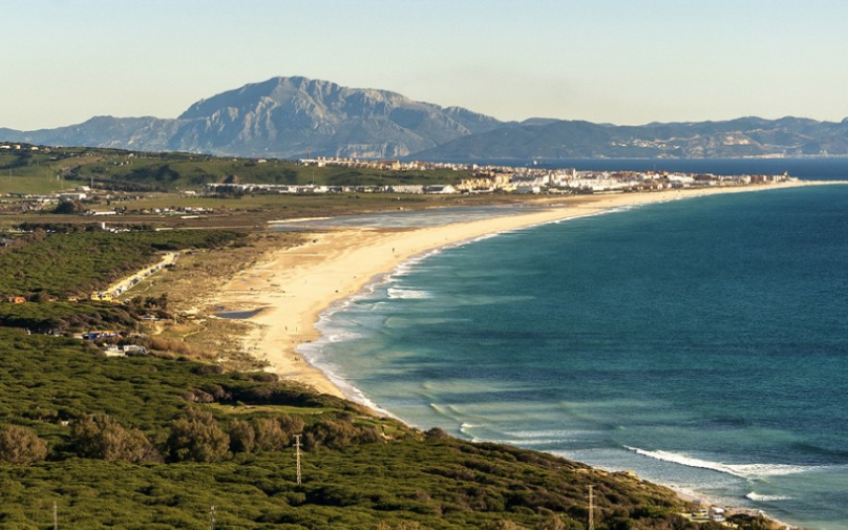 I am still bewildered by my parents’ decision to move to Andalucía in their twenties. Unlike Gerald Durrell, I didn’t get to witness the making of this decision. Just months after being born in Cambridge, I was whisked away on a plane to our family home.

My parents built our house in the late 80s, just 20 minutes from Tarifa, the southernmost town of Europe.

It sounds very romantic, I know, but now it's 30 years later and it is slowly being revealed that my parents weren’t expert builders in their youth. Every year, the front porch falls off the house at a steeper angle until it might soon be mistaken for a wheelchair ramp.

Although Tarifa is famous for being a trendy surf town, the surrounding national parks were what appealed to us as children. We live down the hill from a small settlement called Saladaviciosa, occupied mainly by the people who keep animals on the surrounding land.

It’s the kind of place where each family has a pig that they feed scraps all year round, before slaughtering it in the garden – an event greatly anticipated by all the family.

Our closest neighbour, however, stood out from this classic rural model. Having lost a fair few of her marbles, she would only speak in a rapid torrent of mangled French and Spanish. She had bottle-fed a horse from a young age, until it was fully-grown. House-trained, it lived in and around the house with her dogs. She looked at us from under her bright bandana with disdain when we asked where she had bought the horse milk. We never did find out.

Cattle and goats tend to naturally divide by ownership, but horses and donkeys form social cliques, independently of their two-legged counterparts. When my best friend and I used to walk out into the ‘campo’ to find our horses, you could find them by spotting their chums first.

You’ll never find them near a herd of goats, and they don’t mind cows, but they are certainly unwelcome with a clique higher up the equine hierarchy. Mules are seen as untouchables, accepted neither by donkeys nor horses, in spite of their being invaluable to local farmers and decidedly eager to socialise with us.

This life was punctuated by term times spent at English boarding school. Now, my return to Cambridge for university has offset Tarifa in a new light. It’s always been obvious that my home was different from everyone else’s, but I’m coming to realise quite how special it is in a European context. People say Cambridge is riddled with history, thick with hallowed memories of great alumni. But moving to Cambridge, and now working in London for the summer, has shown me that Saladaviciosa is a piece of history still living.