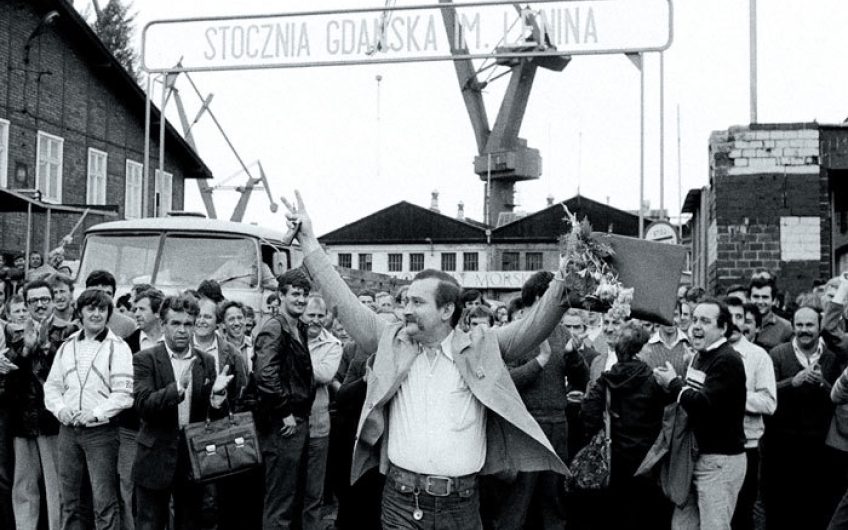 Today in 1939, Germany invaded Poland. William Cook explores the troubled history of Gdansk, with its German and Polish roots

In the Muzeum Narodowe in Gdansk there’s a painting which sums up the tangled history of this tragic, triumphant city.

Hans Memling’s The Last Judgement was painted in Bruges in 1467 for a Florentine banker. En route to Florence, it was nabbed by Hanseatic buccaneers, who brought it here. Napoleon took it to Paris, the Prussians took to Berlin and, during the Second World War, the Nazis hid it in a cave in Thuringia. In 1945, the Soviets took it to Russia. After Stalin died, it was finally returned to Gdansk.

The picaresque journey of this precious triptych, plundered by a succession of competing tyrannies, is a fitting metaphor for Gdansk’s troubled past. Even the building in which it’s housed reflects the city’s complicated heritage. Originally a medieval monastery, it’s now the National Art Museum, but until 1945 it was the Pomeranian Museum, in a lost city called Danzig.

Like a sort of Baltic Belfast, divided between Slavs and Teutons, Danzig was always contested territory. Founded by the Teutonic Knights, who colonised Poland in the Middle Ages, it was predominantly German before 1945, albeit with a predominantly Polish hinterland. Prussian until the First World War, it was a Free City from 1918 to 1939, and then Hitler marched in, sparking an awkward diplomatic incident commonly known as the Second World War. Six years later, there wasn’t much of Danzig left to fight over. It was flattened by the Red Army, and its German population was driven out, replaced with Poles who’d been expelled from lands seized by Stalin. Danzig vanished from the map, and Gdansk disappeared behind the Iron Curtain.

When I was growing up in Cold War Britain, the idea of travelling here seemed inconceivable. Yet as a teenager I’d watched the TV reports about ‘Solidarnosc’ – or Solidarity, that heroic shipyard strike led by local lad Lech Walesa. Ever since then, I’d dreamt of coming here, to see if anything remained of the forsaken homeland of Schopenhauer and Günter Grass. So much happened here, from the start of the Second World War to the beginning of the end of Communism. Twice in the last century, this was a crossroads of European history. What was it that made Gdansk such a potent place?

I first came to Gdansk in 1994, overland from London. When I arrived here, bleary-eyed, after a sleepless night on a Polish night train, I had no idea what I’d find. I was hoping to locate a few fragments of old Danzig amid the tower blocks. The brutalist outskirts were gobsmackingly ugly, but the Old Town was sublime. Reduced to rubble in 1945, the historic centre had been beautifully restored. Wandering its cobbled streets, lined with handsome townhouses, I watched its Hanseatic ancestry came alive.

Yet this reconstructed city seemed brittle and insubstantial, funereal by day and deserted after dark. Poland had only just escaped the clutches of the Warsaw Pact, and Gdansk felt stranded between east and west. Commuters queued for Big Macs in the new McDonald’s in the station. In the subway, women were hawking leaflets about Christianity and AIDS.

Since my last visit, all those years ago, an awful lot has changed. The Old Town is still beautiful, but now it’s full of life – swarming with sightseers by day, and even livelier in the evening. There are bars and cafés on every corner, stuffed with trendy twentysomethings. You could almost be in Amsterdam. McDonald’s was still there, though the queues were shorter. Those women in the subway were nowhere to be seen.

As befits a place with such a bloody past, Gdansk is a city of memorials. There are monuments outside the shipyards, where Solidarnosc was born, and the Post Office, where Polish troops made a valiant stand against the Wehrmacht. You can catch a pleasure boat out to Westerplatte, where the Second World War began, when the German battleship Schleswig Holstein bombarded the Polish garrison guarding the mouth of the River Vistula.

I met up with a couple of Polish journalists (proper war reporters, unlike me) and we caught a local train to Sopot for a spot of R&R. Sopot is Gdansk’s seaside resort, almost a suburb of the city, a string of fin de siècle buildings along a silver strip of sand. When I came here in 1994, the buildings were grey, the paintwork peeling. There was hardly anyone around. Now the streets were slick and shiny, and crowded with revellers. There were loads of restaurants but we couldn’t find a table. Everywhere was full.

A smiling young women stopped me on the street and asked if I’d like to visit a strip club. ‘No, thank you,’ I said. The same thing happened a few minutes later. A different woman with the same question; the same reply. Last time I’d come here, Sopot was marooned between Communism and capitalism. Now it’s made the transition, and most things are a lot better, but I can’t help thinking something has been lost along the way.

The next day was Independence Day, and Gdansk was ablaze with colour. The streets were lined with red and white flags, and filling up with people. Everyone was wearing red and white: parents, children, OAPs...

I’d been in Poland for Independence Day once before (in 2004, when Poland joined the EU) but that was in Warsaw and there the ambience was more solemn and austere. Here it felt like a street party: acrobats and marching bands; women in red and white garlands; youngsters in fancy dress. I spotted some Solidarnosc old-timers, in hard hats and hi-vis jackets. There were a few war veterans, all in wheelchairs. In a few years, they’ll all be gone. This year was special: the centenary of Polish Independence on 11th November 1918, rudely interrupted (to put it mildly) by the Nazis and then the Soviets. After gatecrashers like those, no other nation is more deserving of a 100th birthday jamboree.

I ducked into St Mary’s Basilica – the biggest brick church in the world – where 20,000 protestors congregated during the Solidarnosc protests in the Eighties. Built in the Middle Ages, in that spare, robust style which stretches all along the Baltic, it was Catholic, then Lutheran, and now Catholic again. Inside, there was a thanksgiving service going on, lit by flickering candlelight. The ornate altar was festooned with flags and flowers, a striking contrast to the bare whitewashed walls.

In Gdansk’s museums, there’s a lingering unease about the city’s painful legacy. The German chapter of Gdansk’s story is conspicuous by its absence – an unspoken, shameful secret – but, out on the street, I got a strong impression that this battered city is now at peace. The Germans are returning, but now as sightseers not invaders. Günter Grass, the German writer born in Danzig in 1927, is now a tourist icon. There’s even a coffee bar named after him. Like Donald Tusk, President of the European Council and another local hero, Grass was half-Kashubian – a West Slavic people from Poland; one of Europe’s forgotten tribes.

Like Londoners or New Yorkers, Danzigers were always mongrels, and Gdansk remains a place apart, a gateway to the world. Its German inhabitants were never narrowly nationalistic; nor are the Poles who’ve replaced them. Danzig was a Hanseatic Port, with a cosmopolitan population, and Gdansk has inherited its liberal, mercantile traditions.

I left for home with a sense of sadness (inevitable after a visit to a place with such a violent past) yet eager to return – and determined not to leave it another 24 years. The last things I saw were the cranes of Lech Walesa’s shipyard, looming over the merchant houses of Arthur Schopenhauer’s hometown.

Doubles at the four star Scandic Hotel (www.scandichotelscom) from £46; Ryanair (www.ryanair.com) flies to Gdansk, from £12.99 each way

Thank you for the music, ABBA!