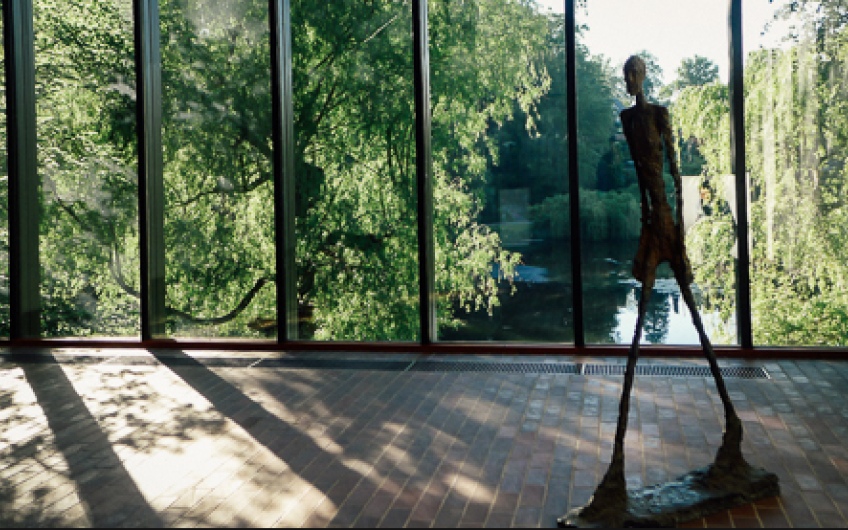 Outside Copenhagen, on the shores of the Øresund Sound in Humlebæk, is Louisiana, one of Europe’s very best contemporary art museums. Founded by Knud W Jensen in 1958, the museum became famous for its ‘sauna principle’. The work of the unknown – the ‘cold’ – was paired with the eminent and established – the ‘hot’ – in an attempt to impose ‘the new’ on a seasoned art crowd that wouldn’t seek it out otherwise. In the sculpture park of Louisiana – named after its first owners’ three successive wives, who all share the name ‘Louise’ – 20th century bronze sculptures by big names are playfully set against the backdrop of the sea, with Sweden on the horizon. Flat, grassy planes are made exciting with bulbous Max Ernst sculptures and a wired, willowy Alexander Calder.

Inside the museum is an impressive Giacometti collection. Room after room of his pummelled, contoured, long bronze forms. His towering figures with spaghetti legs and arms, topped by pinprick heads, that disappear, paper-thin, when viewed from the side. In Looking at Giacometti, David Sylvester, his sitter, friend and critic, described his method of working: ‘He would build up and then cut back to scratch, build again, working fast, demolishing completely, then go at it again. But there would be no enormous change in the image created each time. He just wanted to be able to get the image right in an instant, in a flash.’

For a few years now, I’ve been a bit obsessed by the man. I’m not the only one: 'L’Homme au doigt' or 'Pointing Man' went for $141.3 million at Christie’s in spring 2015, making it the most expensive sculpture ever made. Giacometti even prompted me to give sculpture a go myself (see attempt below that may have caused the great man to turn in his grave). 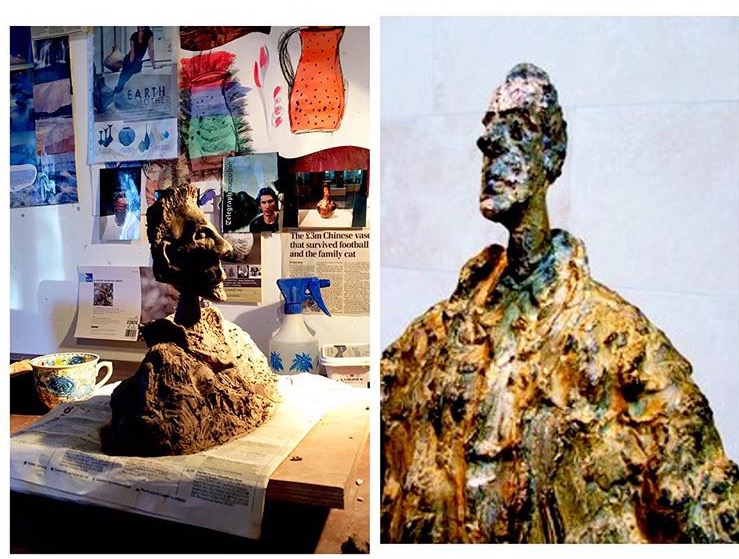 Try for yourself: working 'in the style of' Giacometti

Giacometti is for me, artistically, what Mrs Beeton and Ottolenghi are for budding chefs, Isaac Newton for aspiring scientists and Grayson Perry for wannabe-ceramicists. There’s a trend at the moment for homespun crafts; anything to get away from the computer or the mobile phone. Turning Earth Ceramics has just opened a second studio on Argall Avenue, an industrial estate between Clapton and Walthamstow in north-east London and, by all accounts, it’s easier to get a Glastonbury ticket than a place in a class. Building BloQs in north London is now Europe’s largest open studio with pay-as-you-go access to equipment, wood, metal, texiles and paint. And there’s Harrogate College, Yorkshire, to make pots, or Higham Hall, Cumbria, for a week-long course in Raku pottery firing.

Perhaps Oldie readers don’t need a break from their Doro phones in quite the same way Generation Snowflake does – a demographic I unfortunately belong to (see my ‘Modern life’ piece in the May issue), but any kind of homemade craft hobby that involves a change of pace and scenery can’t be bad for you. Between 10th May and 10th September, Tate Modern will be hosting what will be the UK’s first major Giacometti retrospective in twenty years. More than 250 of his works, made across five decades, will be on show, and not just the scruffy, skinny ones he’s famous for. I’ve been looking forward to it for a year and think it will be worth a trip. Equally, if you find yourself in Copenhagen, go to Louisiana.

The astonishing beauty – and lateness – of Grace Jones