Guilty Men: the Three Tory Big Beasts who brought Maggie down 30 years ago. By Norman Tebbit 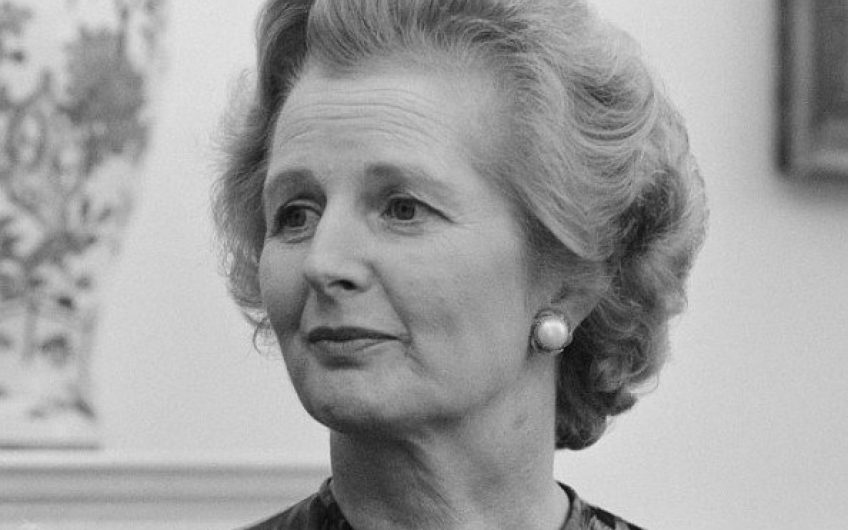 Margaret Thatcher resigned as PM today in 1990. Her friend Norman Tebbit names the guilty men who brought her down

The story of the fall from office of Margaret Thatcher is told in dispassionate detail by Charles Moore in Herself Alone, the third volume of his masterful official biography, just out in paperback.

But I don’t think he applies the word ‘guilty’ to any of those involved in her fall from office.

She was far from the first – or indeed the last – of Conservative leaders or Prime Ministers to be ousted against their will from office by colleagues, to whom the description "guilty men" or, for that matter, guilty women might be applied.

As one of the tightly knit group of half a dozen or so MPs – led by Airey Neave, the Member for Abingdon and the heroic escapee from Nazi Germany's most highly secure prisoner-of-war prison, Colditz Castle – who plotted the campaign to make Margaret Thatcher in place of Ted Heath, perhaps I merited the description "guilty man" myself.

Certainly, that is how Ted Heath and his supporters regarded Airey Neave and his group of friends when Margaret Thatcher replaced him as party leader in 1975.

Later, I served as a minister in her government and as her Conservative Party Chairman when she won her historic third consecutive general election victory in 1987 – just over three years before her tragic fall from office 30 years ago.

Margaret Thatcher was a political phenomenon. Not only was she the first female Prime Minister of the United Kingdom. She was also the first to win three consecutive general elections – the third with a majority of over 100 seats and a couple of thousand more votes than she had scored at her first.

To those outside the world of politics, it may seem strange that, so shortly after she won that historic third consecutive victory in 1987, she was bundled out of office, not by the electorate, but by her fellow Conservative MPs.

It seems to me that there is a built-in mechanism working against a party leader holding office for more than about a decade or so.

No one survives unchanged from the experience of entering Number 10 Downing St as Prime Minister for the first time. The door closes behind them. The windows, which look rather large from the outside, begin to get smaller, showing those inside less of the world outside, as the senior civil service officials and those famous red boxes grow in numbers around the new prime pinister.

Margaret Thatcher's difficulty – like that of all long-serving prime ministers – was that, gradually, there were more and more former ministers who she had sacked – either over policy differences or because they were simply not up to their jobs. Alongside them sat a growing number who had hoped for preferment but had never been invited to serve.

Fifty years ago, that was less of a problem as there were a good number of Conservative MPs who had no ministerial ambitions. Some were retired armed-service officers. Others were running businesses or family estates. But, in more recent times, there have been more younger men and women making a full-time professional career in politics.

In her later years as prime minister, Thatcher also found herself at odds with both Geoffrey Howe and Nigel Lawson over European monetary convergence – in which she rightly saw the danger of the creation of the single European currency.

So the first of the Guilty Men who brought her down were in Brussels; then Chancellor Howe, who refused to implement her policy of the free-floating pound; and then Michael Heseltine, who was driven by his ambition to succeed her.

Perhaps I too bear some guilt, for, as the pressures built on her in 1990, Thatcher asked me to return to the Cabinet as Education Secretary. But, after much heart-searching, I told her I could not break my word to my wife that I would leave front-line politics in order to care for her after she was injured in the 1984 Brighton bomb.

Towards the end, some of her erstwhile supporters began to look for someone who, if she fell, would save us from the disaster of Heseltine in Number Ten. As the struggle reached its climax, one man stayed silent at home in his constituency. The Chancellor, John Major, pleaded that he had toothache in a wisdom tooth.

At precisely the critical momentm he overcame the pain and arrived at Westminster to offer not support for Thatcher, but himself as the unity candidate to defeat Heseltine – which he did.

I doubt that he could have saved Thatcher, but he did not over-exert himself to do so. So was he the most guilty man of all?

Surely not more guilty that Heseltine or Howe, but he was the one that gained the most.

The homeless of LA