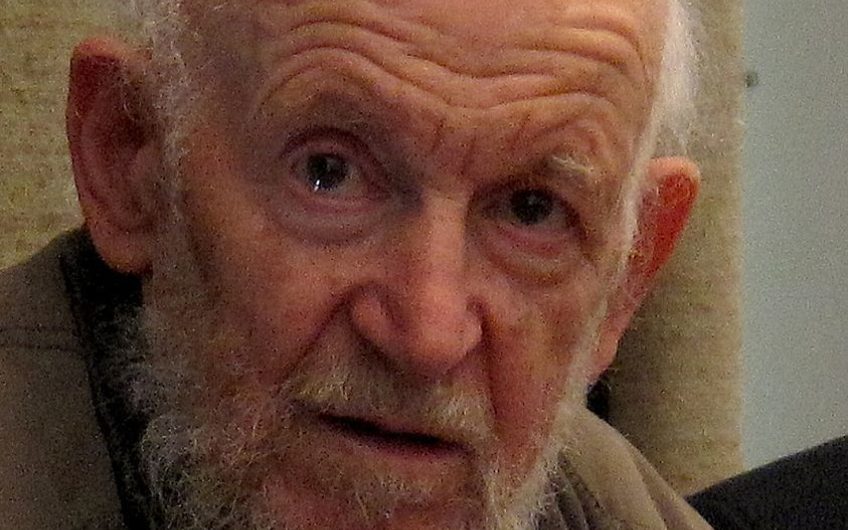 His last shout here was 'Treasures of East Anglian Churches', shown in the 14th century Crypt of Clifton House, where damaged relics told the story of iconoclasm as a result of the English Reformation.

That was in 1957. 62 years later, 'Destroy, and you Create' shows paintings and drawings from Metzger's years in Lynn where he said his activism was formed.

He arrived in England with his brother in 1939, one of nearly 10,000 refugee children rescued by the Kindertransport. He was taught from 1945 for the next eight years by David Bomberg and fell in with the avant-garde.

Metzger created the term Auto-Destructive Art, a movement followed by the likes of guitar-trashing Pete Townshend and Yoko Ono. This was campaigning art, decrying war and humanity's destructive impact on the natural environment. He was also challenging commercialism and egocentrism in art, but politics was the heart of his motivation.

Metzger wanted to provide people with another vision, to see connections, to see the differences and interact. He hoped his work would stimulate and enhance daily life, which he felt happened far too fast.

He is remembered more in King's Lynn for his rackety junk stall in the Corn Exchange on the Tuesday Market Place, and for campaigning to save the North End of the town - the home of the Lynn fisherfolk then under threat of demolition and gentrification.

As part of the Festival, True's Yard Fisherfolk Museum pays homage to his 1957 North End protest. His shyness hid a determination. Politics had been his lifeblood in his teens and he became involved with the Direct Action Committee against nuclear war, including a stint in prison following his involvement with 'civil disobedience' protests with the Committee of 100, which he co-founded with the philosopher and pacifist Bertrand Russell. His fears about men and machines were linked to his experience of Nazism, he told an interviewer in 2012, and its destruction of his family.

The Festival's Metzger trail leads from the Fermoy Gallery to nearby Red Barn where visitors are invited to play a part in shaping one of the artist's ongoing public artworks, Mass Media (Today and Yesterday).

The space is full of the printed word: literally thousands of newspapers, waiting for visitors to sift through and cut out images, headlines or articles on subjects such as the environment and technology, and then pin them on the wall to form a noisy and evolving conversation reflecting today's world.

On July 17, Dr. Elizabeth Fisher, friend of Metzger and Exhibition Curator, will give an illustrated introduction to his life, work and his connections to King's Lynn. Metzger challenged and inspired right until the end of his life - 'One Long Rallying Cry' is how Dr. Fisher describes it.

King's Lynn is proud to be celebrating the central part it played in this pioneering artistic life: what's the betting that his cares and concerns aren't the same as ours today?

Confessions of a Trainspotter