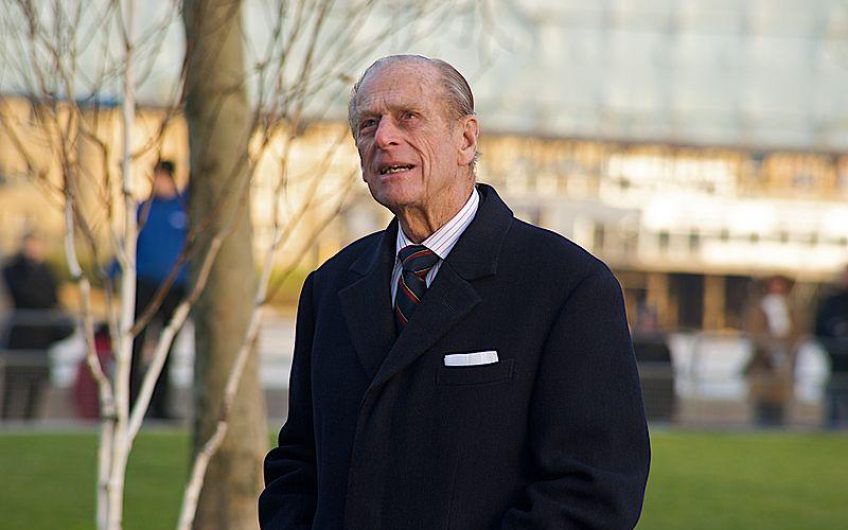 Today in 1824, Byron was killed fighting for Greek independence. Prince Philip, a Greek royal prince born in Corfu, lived through half of modern Greece's history. By Harry Mount

March 25 was Greek Independence Day, the 200th anniversary of the Greeks beginning the fight for independence against the Turks in 1821.

The British played a crucial part: helping the Greeks win the Battle of Navarino in 1827. The British support of Greece continued, over a century later, at the Potsdam Conference in Berlin in 1945. There, Winston Churchill claimed to have rescued Greece from disappearing behind Stalin’s Iron Curtain. After the war, Russia grabbed the Balkans and most of Eastern Europe, except for Greece. ‘This brand I snatched from the burning on Christmas Day,’ said Churchill.

In his 1946 Iron Curtain speech in Fulton, Missouri, Churchill hinted why he chose to save Greece – because of its ancient inheritance. Talking of the countries behind the curtain, Churchill said, ‘Athens alone – Greece with its immortal glories – is free to decide its future at an election under British, American and French observation.’

But Byron was the great British hero, killed fighting for Greece today in 1824 in Missolonghi, even if it was from a fever, not by an Ottoman sword.

The man who fought for Greek independence almost 200 years ago is still a hero. When the travel-writer, Robert Byron, drove to Greece in 1925, he was treated like a king, thanks to his name, even though he was only a distant relation of the poet.

Little boys wore sailor hats in Athens then, with the words ‘Lordos Byron’ on the rim. Byron was so popular in Greece that his name still has two Greek spellings: ‘Buron’ and ‘Mpauron’.

A century after the poet’s death, Robert Byron was assured that any member of the poet’s family – or even someone with the same surname – could aspire to high political office if they cultivated ‘a certain measure of self-advertisement’.

Byron is still referred to as ‘megalos philellen’ – a great Greece-lover. A recent Greek children’s book by Petros Bikos is called Lord Byron – the Supreme Philhellene. It even has a pull-out poster of the great man. Byron’s verse is still transposed into traditional 15-syllable metre, too, transforming him into a Greek poet.

In the Athens National History Museum, the Homeric helmets Byron had made in Genoa for his Greek struggle – along with his sword, pistol and the camp bed he died on – are on show. An Athenian street and neighbourhood are both named after Byron. There’s a statue of him on the corner of Zappeion Gardens, behind the Greek Parliament.

When I was there in 2015, Syntagma Square, in front of the parliament, still bore the scars of five years of protest against the economic crisis. But in the gardens behind the parliament, all was calm and untouched. The statue of the poet stares up appreciatively at a bare-bosomed Hellas, who crowns him with a laurel wreath.

No wonder Byron’s still so popular. Not only did he die in the cause of Greek independence. He was also furiously opposed to the Elgin Marbles being stripped from the Parthenon.

In Childe Harold’s Pilgrimage, composed in 1810, the year he swam the Hellespont, Byron wrote of Lord Elgin,

‘Of all the plunderers of yon fane [the Parthenon]…the last, the worst, dull spoiler, who was he?

Blush, Caledonia, such thy son could be!’

‘Dull is the eye that will not weep to see

By British hands, which it had best behoved

To guard those relics ne’er to be restored.

Curst be the hour when from their isle they roved,

And once again thy hapless bosom gored,

And snatch’d thy shrinking gods to northern climes abhorred!’

Byron was thoroughly aware of Greece’s decline from greatness. In Childe Harold’s Pilgrimage he wrote,

Immortal, though no more; though fallen great!’

For all that decline, Byron still died for the Greece of Homer and Pericles. In the only poem he wrote in Greece – ‘On this day, I complete my 36th year’ – Byron produced more stirring, philhellenic lines, only three months before his death on Greece’s behalf:

‘The sword, the banner – and the field –

Glory and Greece around me see!

The Spartan, borne upon his shield,

Was not more free.

Awake – not Greece. She is awake!

That reference to the Spartan’s shield came from the legend that Spartan women said to their sons when they went off to fight, ‘Come back with your shield – or on it.’ To surrender – and give up your shield – was the ultimate disgrace. Byron’s devotion to the Greek cause was total.

He gave a large chunk of his fortune to the Greek fleet, and commanded the Byron Brigade – hardened Souliot warriors from north-west Greece.

In a celebrated painting – The Reception of Lord Byron at Missolonghi by Theodoros Vryzakis – Byron greets his Greek soldiers in very modern-looking civilian clothes: white trousers and shirt, black jacket and boots, all wrapped in what looks like an ancient Greek toga. In fact, Byron had that same tailor in Genoa run up a scarlet military uniform for him, to give the impression of a man of action.

There wasn’t much time for action. Byron planned to attack the Turks 20 miles east along the shore of the Gulf of Corinth, at Lepanto – or Nafpaktos, site of the 1571 Battle of Lepanto, the great Holy League victory over the Ottoman Empire.

Before he could join battle, Byron fell ill – in Easter Week, when local Greeks put off their usual celebrations out of concern for him. When Byron died on Easter Monday, 19 April, the Easter celebrations were cancelled altogether, replaced by three weeks of mourning.

Romantics claim that, if Byron had lived and beaten the Turks, he’d have been made King of Greece. As it was, he wasn’t even buried in Greece. His body was taken back to England. Refused a place in Westminster Abbey because of his scandalous exploits, he was buried in the family vault in St Mary Magdalene, Hucknall Torkard, Nottinghamshire.

The real king of Greece – George I, a Danish prince and Queen Alexandra’s brother, picked as king in 1863 – paid for the church’s marble plaque, with Greek laurel wreaths inscribed in brass around Byron’s name.

Extraordinarily enough, George I’s grandson has just died – his name is Prince Philip. Prince Philip lived through half of modern Greece’s history, ever since he was born in Mon Repos, the royal villa on Corfu, in 1921. Happily, Prince Charles was in Greece for the bicentenary of the land of his grandfather.

The genius who shot The Deer Hunter - Charles Elton