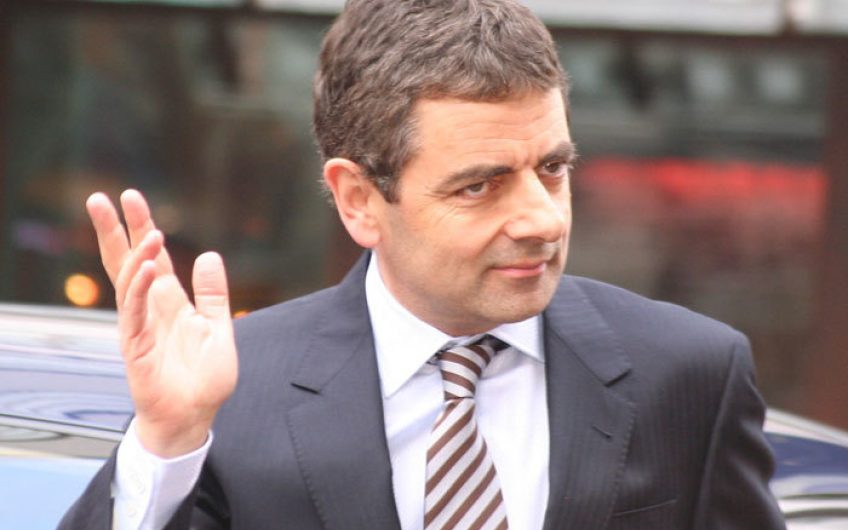 "Rowan Atkinson / Mr Bean" by Jack Pearce is licensed under CC BY 2.0
View Full Size
1
of 1

Unusually, it was the second series that aired first, because the first one, which lasted only one episode, was cancelled just before transmission.

At some point in 1978, the then Controller of BBC2, Brian Wenham, summoned Jimmy Gilbert, the head of Light Entertainment, and John Howard Davies, the head of Comedy, to his office on the sixth floor of Television Centre. He had noticed that it was coming up to the tenth anniversary of Monty Python’s Flying Circus (1969) and he wanted to know, ‘Where’s the new stuff?’

There was a degree of huffing and puffing and it was stiffly pointed out that BBC Light Entertainment made the best TV comedy in the world. But the Controller was not to be denied. He wanted some risks taken. So the two comedy luminaries, somewhat woebegone, returned to their lair on the fourth floor and ruminated.

They did not have to wait long. Some weeks later, an angry young man burst into Jimmy Gilbert’s office. He had resigned from BBC Light Entertainment Radio in a fit of pique and was looking for a job as a floor manager, floor assistant or floor anything.

The reason he was cross was threefold: 1) His best friend Douglas Adams had fired him as co-writer of the new series The Hitchhiker’s Guide to the Galaxy. 2) The sitcom To the Manor Born that he had spent two years developing for radio had transferred to BBC Television immediately after the unaired pilot, without him in tow. 3) Quote… Unquote, the quotations quiz he produced and had helped devise, had been outrageously pinched by Yorkshire TV, under the title Cabbages & Kings.

That furious young radio producer was me.

Jimmy Gilbert, an urbane and charming Scot who had risen to eminence by way of producing The Frost Report, was not in the least perturbed. He called for some tea – and John Howard Davies – and leant back in his chair. ‘What kept you?’ he asked.

‘Oh yes, we have,’ he said, ‘We’re aware of your work. But we thought you wouldn’t make much of a television producer if you weren’t brave enough to ask.’

‘Producer?’ I gibbered. ‘I was looking for a job as a floor…’

‘We’ve earmarked six half-hours for you. As a producer. I hope that’s enough?’

And that was that.

There was one condition, though. I had to agree to work with an insane young current-affairs television producer called Sean Hardie, who kept putting jokes into Panorama. His department didn’t want him any more – so I got him.

And that was how Not The Nine O’Clock News began.

The BBC gave us £5 and told us to go out for lunch. The £5 was enough in those days for a slap-up curry, but that ‘lunch’ lasted late into the evening. Though we had never met, we had so much to say to each other.

The original first series of NTNOCN was scheduled to begin on 2nd April 1979 and run for six weeks. There was no pilot. Oddly, that didn’t at the time strike me as suspicious. Sean and I were given an office and a skeleton staff, most of whom had never done the job before. The secretary had been a receptionist and the production assistant a secretary. The only experienced member of the team was the production manager, an old BBC lifer geezer called Mike who dropped in occasionally to offer his advice. Most of our ideas were, apparently, ‘a bit pony’. (Cockney rhyming slang: ‘pony and trap’ = crap.)

We dropped that angle pretty sharpish – and the title with it, instead adapting the masthead of a brilliant newspaper parody which had surfaced in America the previous year, Not The New York Times.

In the meantime, the BBC had somehow persuaded Rowan Atkinson’s agent, Richard Armitage, to get Rowan to star in the programme.

This was no mean feat. Armitage was the most powerful agent of the day in his field and had the cigar to prove it. He represented the cream of British comedy talent, including John Cleese and David Frost, and he was an intimidating figure. He once growled at me, ‘I have all my combs run up by a little man in Geneva. I find only the Swiss know how to make a really good comb…’

I’d first seen Rowan in 1976 at the Edinburgh Fringe, which I was covering for Radio 2. My sound recordist John Whitehall and I had booked to see the Oxford Revue, but what we saw was a one-man show in all but name, with Richard Curtis acting as Rowan’s straight man and announcer.

Rowan had decided the other six people who’d originally been cast in the revue ‘weren’t good enough’ and had managed to discard them along the way.

Fair dos, actually. By the end, John and I were open-mouthed with awe, and in no doubt that we were in the presence of genius. It was not just hilarious, it was blindingly original and (that rare thing in comedy) cruel.

So Sean and I acquired this magically gifted, rubbery-faced electronic engineer as the centrepiece of our enterprise and set about surrounding him with what his agent dubbed ‘lesser talents’. We didn’t have the faintest what we were doing and cast all the wrong people. (I won’t embarrass myself – or enrage them – by listing their names.)

Sean was technically the senior producer but, since he was from current affairs, it had never occurred to him that the cast would need to be provided with something to wear.

I’d been in a television studio only once in my life (as part of the audience of The Two Ronnies) and didn’t know the names for the equipment, which, as Mike and the camera crew agreed, was ‘a bit pony’.

As the transmission time approached, Sean and I realised we had only enough scripts to fill one programme, and nothing at all for the remaining five.

We should have panicked, but instead resigned catatonia set in. We had tacitly accepted our doom, and during the lunch break on the recording day I ambled down to Shepherd’s Bush to buy a pair of shoes.

Two days later, when it was clear how bad the show was going to be, for the first time in my life since I was a small child, I knelt by my bed and prayed to God.

And my prayer was answered. On 28th March, the Prime Minister, Jim Callaghan, lost a vote of no confidence in the Commons. The next day, a general election was announced for the statutory five weeks later. It was what enabled this great country of ours finally to Get NTNOCN Done.

It was the luckiest break of my whole working life. When, later that year, I showed that unaired first show to Mel Smith, he said it was ‘the worst half-hour of television’ he’d ever seen.

We started all over again, keeping only Rowan and Chris Langham (who’d had a tiny non-speaking part in the aborted first episode) from the original cast. Rather than pursuing famous actors we’d never met, we earmarked unknowns of our own age whom we already knew.

First on our list was Mel Smith, a bookie’s son from Chiswick and the funniest thing in the 1973 Oxford Revue. He was working as an assistant director at the Royal Court Theatre. We met in a pub on the Thames and, although he hated that first show, he accepted the offer to join the cast.

This was a bit of a surprise and it was only many years later (after his tragic early death, in fact) that I discovered why. He hated his job at the Royal Court even more. So much so that, the week before our meeting he’d told his dad he was going to throw in the towel and come and work for the family firm. Then I showed up.

The second port of call was Griff Rhys Jones, who’d been in the 1973 Footlights Revue with me, and was, without doubt, the best theatre actor, director and designer of his generation. He was working as a radio producer, producing the schools quiz Top of the Form. It was a steady job and Griff didn’t want to jump ship, but he agreed to come and do small cameos at the weekend.

All that was missing now was a woman. This proved much harder. I was turned down in quick succession by Victoria Wood, Alison Steadman and Susan George.

We were getting desperate when, one Sunday lunchtime, I went to a party I didn’t want to go to and saw the most amazing, luminously beautiful girl I’d ever seen. Her name was Pamela Stephenson and her finest hour on British TV to date had been as a tousled head in someone’s bed in Minder. After a couple of false starts, I persuaded her to join us and a lunch was arranged for us all to meet for the first time.

It took place in a seedy French bistro on Shepherd’s Bush Green and it was ghastly. I was new to television; Sean was new to comedy. The director, an amiable ex-Navy diver from Glasgow called Bill Wilson, had never directed before – he’d been a special-effects guy on The Dave Allen Show. Then there was Rowan, a nerdy, painfully shy, farmer’s boy from Northumberland; Chris, a cadaverous, saturnine enigma who looked as if he’d failed the audition to be Keith Richards; Mel, a porky, balding bloke with a mesmerisingly terrible mullet, more a ticket tout or a minicab driver than an actor. And Pamela. Stunning. Dolled up to the nines. Wondering what the hell she was doing in this garlicky dive with a bunch of total losers.

But there you go. In 45 years of work, I’ve clung to my mantra, ‘Beware auspicious beginnings.’ Great things often – in fact, almost always – begin badly. After a patchy first series and the subsequent shedding (after a discreet but firm ‘suggestion’ from Upstairs) of Chris Langham, the series took off. By the end of 1980, it had won a BAFTA, a Silver Rose of Montreux and an International Emmy. Repeated just once on BBC1, it got 17½ million viewers.

Not everyone liked it, of course. The first episode was reviewed in the Guardian, using the crisp sobriquet ‘wankers’. The same episode also got 30 telephone complaints – otherwise known as ‘jamming the BBC switchboard’. I was summoned to Jimmy Gilbert’s office.

Google Maps has made me a hermit