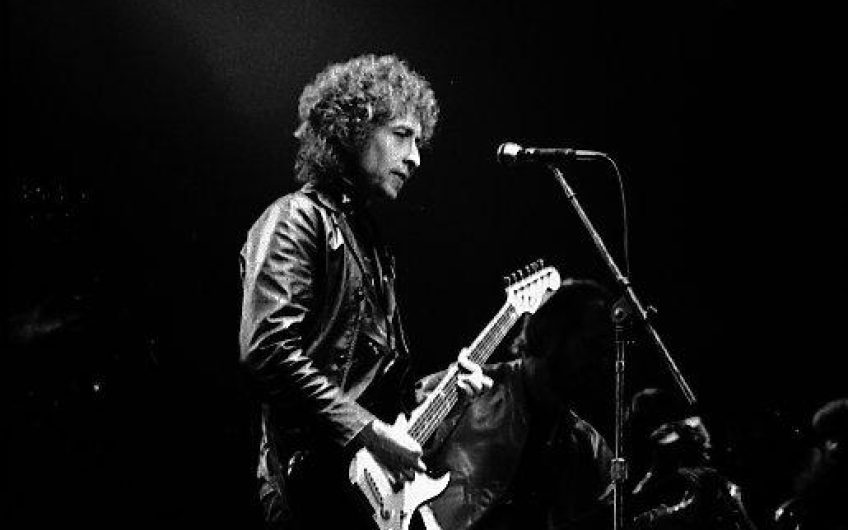 As Dylan turns 80 on May 24, Rachel Johnson revels in his new album

It was a mean trick of Robert Zimmerman, late of Duluth, Minnesota, to release his new album in his 80th year, on Father’s Day, and as I too contemplated my father turning 80 this summer.

It is a milestone we all face with composure and gratitude (my father's 80th that is) but as a fan and a daughter it felt like ‘a moment’.

Picture the scene: I was listening to his new release, Rough and Rowdy Ways for the first time.

My father stomped into my house in Dunlop wellies, threw social distancing to the four winds and gave me a sudden hug, and I couldn’t help it.

We Johnsons are not given to public displays of emotion but I had to dart into the larder because that embrace, the first from him for months, on that day, in this year, together with the music, was almost too much.

The album has already been rightly hailed as a growly, bluesy masterpiece and ever since it dropped on the summer solstice, I have had playing in my ear (AirPods, folks), with the chills multiplying.

God knows when he wrote it but the album – from ‘I Contain Multitudes’ via ‘Black Rider’ to the final, monumental, sixteen minute monster track, ‘Murder Most Foul’, about the death of JFK – manages to annotate and define not just every emotion I have had during the Covid crisis of 2020, but every political impulse from Trump to Black Lives Matter to Me Too via the great Awokening.

Listen to it from the beginning to the end. It is romantic, it is sad, it is wise, it is a hymnal and a spiritual to life and death. Its words have the thudding force of the ten commandments, and the rapturous inevitability of judgment day.

Poetry and music are more important than history. Don’t ask what you can do for your country as in the end it doesn’t matter. All flesh is grass and Trump too shall pass but the songs and the words and the music will remain.

I want to listen to this as I lay a-dying. God knows if it is Dylan's last, but it is one of his best.

Harry Mount - The Harry and Meghan Guide to Californian Psychobabble

Reading – consolation for my cancer. By Claire Gilbert