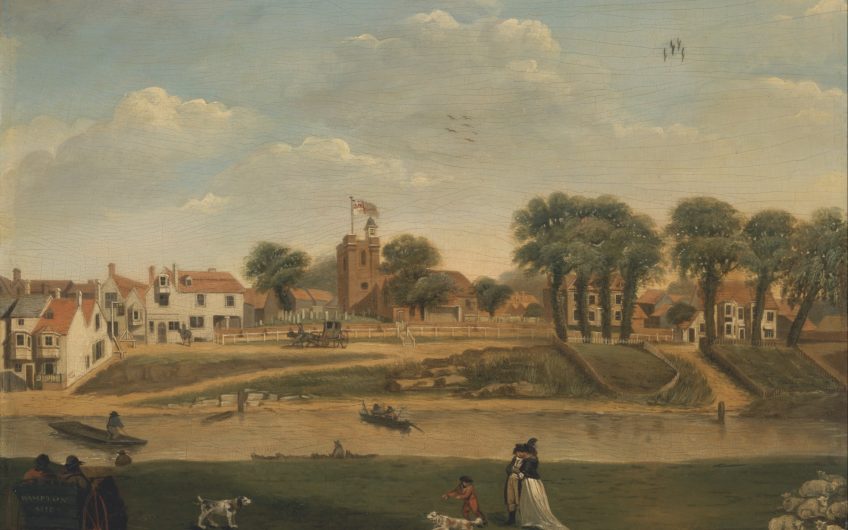 Hold the (virtual) front page! May 16 is Middlesex Day!

I beg your pardon? How can you have an annual celebration for a place which no longer exists? Yes, I know it’s been more than half a century since the London Government Act, which did away with Middlesex, but we Middlesexists (as we like to call ourselves) will never admit defeat. We refuse to recognise the newfangled London boroughs which replaced our beloved county. It has a unique heritage and a distinct identity which no legislation can erase.

When Middlesex County Council was abolished in 1965, a name disappeared which had graced the map of England for a millennium. The land of the Middle Saxons (between the East Saxons, in Essex, and the South Saxons, in Sussex) was established as a county way back in 890 AD by Alfred the Great, around the same time that he re-established London as England’s capital. Its proximity to the capital was first a blessing, and then a curse.

From the Thames in the south to the Lea and Colne rivers in the east and west, for most of its long history Middlesex held its own against the Big Smoke. It was the railway which brought about its extinction. Commuter lines carved up its fields, and buried its woods and meadows beneath a blanket of suburban semis. ‘Dear Middlesex, dear vanished country friend,’ lamented John Betjeman. Your neighbour, London, killed you in the end.’

Yet, against all odds, its ancient towns and villages have survived: Brentford, Hampton, Harrow, Isleworth, Teddington and Shepperton… These places aren’t uniformly beautiful, by any means, but they’re thick with history.

Julius Caesar crossed the Thames at Brentford and fought the Britons there (the Danes and Saxons also fought a battle here, in 1016, as did the Cavaliers and Roundheads, in 1642). Hampton Court is far more impressive and important than Buckingham Palace. Van Gogh lived in Isleworth. Great statesmen, from Peel to Churchill, and great men of letters, from Byron to Rattigan, were educated at Harrow School.

From Enfield to Sunbury-on-Thames, this is a county full of character, despite the suburban sprawl. Southall is the best place in Britain to sample authentic Indian cuisine. I live in Ruislip, the acme of Metroland. Though the modern bits are bland and boring, its antique core is charming: a Norman church, a Tudor manor house, a medieval tithe barn, a cluster of half-timbered houses and the remnants of a Norman castle. My local Café Rouge dates back to the days of Shakespeare. I often wonder if he stopped off here, on his occasional journeys home to Stratford.

The one place where Middlesex prevails as an official entity is as a postal address. As in Feltham, Edgware, Staines and Stanmore (and a dozen other postal districts) all the letters I receive are still addressed Ruislip, Middlesex - not London.

The county also lives on in the world of sport. As well as Middlesex County Cricket Club, there’s also the Middlesex County Football Association, which administers numerous leagues, and several prestigious cup competitions. The county boasts half a dozen rugby clubs and 19 (yes, 19) professional and semi-professional soccer teams, plus the national homes of both football codes, Wembley and Twickenham.

You can still see the Middlesex coat of arms - three Saxon swords, like Essex, plus a Saxon crown, unlike Essex - in all sorts of places around the county (look out for it in Uxbridge, in a stained glass window in the Art Deco tube station). In the forgotten corners of the county, some of its bucolic beauty endures. Ruislip Woods are huge – 726 acres of oaks and hornbeams. Betjeman put it best, as usual: ‘Out into the outskirt’s edges, where a few surviving hedges, keep alive our lost Elysium – rural Middlesex again.’

Middlesex Day is 16th May, the day in 1811 when the 57th West Middlesex Regiment won a famous victory against the French in the Peninsular War. The regiment’s injured commander, Lieutenant-Colonel William Inglis, refused to leave the field, and rallied his men with the cry, ‘Die hard, 57th, die hard!’

You might think this kind of thing would be of little interest nowadays but, if my ten years living in Ruislip are anything to go by, it seems local attachment to Middlesex is increasing.

Why? Well, I reckon it’s to do with our growing need for a sense of place. As the conurbations we live in become more anonymous – the same coffee shops, the same supermarkets - we feel a greater urge to rediscover a shared sense of history. It’s often hard to feel a strong connection with an entire country – too big, too diverse - but a county feels about right.

So, if you’re a Middlesexist, happy Middlesex Day. And if you’re not, why not spend a few hours mugging up on your own home county? Our historic counties are the building blocks of Britain, even those – especially those – like Middlesex, which have been thoughtlessly swept away.