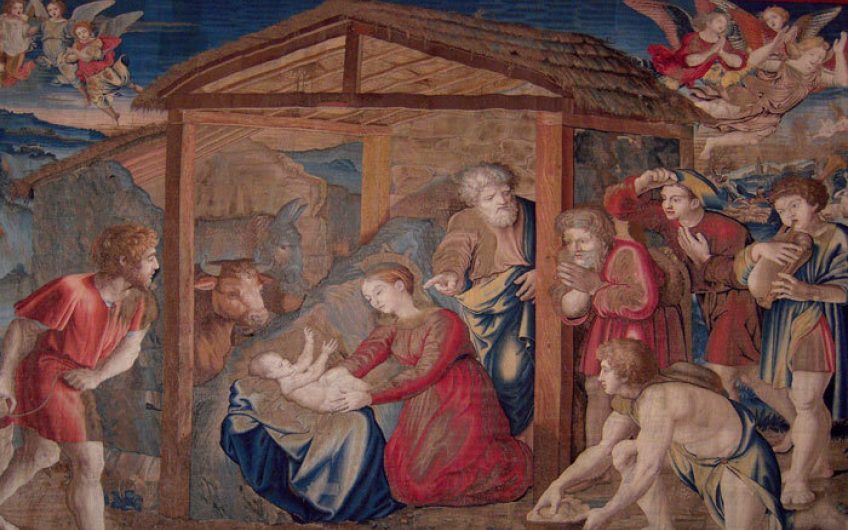 A Carmelite Christmas is something that a few people envy us, but it would be a mistake to think it is a form of escape from activity. It entails a good deal of hard work, less sleep, longer hours in prayer and some stress. We miss out on Oxford Street, ‘Jingle Bells’, decorations being put up too early (they don’t come out here till Christmas Eve) and the writing of duty thank-you letters for unwanted presents. What we gain is silence and the time to think about the enormity of what is being celebrated. This is the way we choose to spend our Christmases – it is not imposed on us, nor is it possible to take it away, for all of which we are truly grateful.

The Christmas season begins on the first Sunday of Advent: many of the Old Testament readings come from the very best of Isaiah, and there is a strong feeling of anticipation in the weeks leading up to the Nativity as the promise given in the Old Testament is about to be fulfilled in the New. The promise is the birth of Jesus Christ – the greatest present the world has ever been given. The missing out on this greatness is one of the saddest features of modern times, with even the most important elements of Christian faith being neglected. But if one allows oneself to concentrate, then the opening words of Philipp Nicolai’s hymn at Midnight Mass should stir the most faint-hearted:

The watchmen all the air are filling,

Childhood Christmases used to be blighted by the thought of Boxing Day and the prospect of being sat at a desk with writing paper and pen. If the present had been nice it was impossible to put one’s gratitude into adequate words and this was shaming, and if nasty, then what was one supposed to say? Last Christmas a very old friend sent me The English Poems of George Herbert, edited by Helen Wilcox and published by the Cambridge University Press. It is the result of a lifetime of scholarship and love of the subject and makes every single word of Herbert’s poetry intelligible. It was the book I had been waiting for since my teens and thanking properly for it was an impossible task. What I did not want to produce instead of a thank-you letter was a dull A-level English essay, so by return of post I wrote ‘Thank you for the lovely book, it was just what I wanted’ (totally true for once), urged my friend to get a copy for himself and quoted the first and last verses of the poem ‘Gratefulness’:

Thou hast given so much to me,

Give one thing more: a grateful heart.

See how thy beggar works on thee by art…

Not thankful, when it pleaseth me;

As if thy blessings had spare days:

But such a heart, whose pulse may be