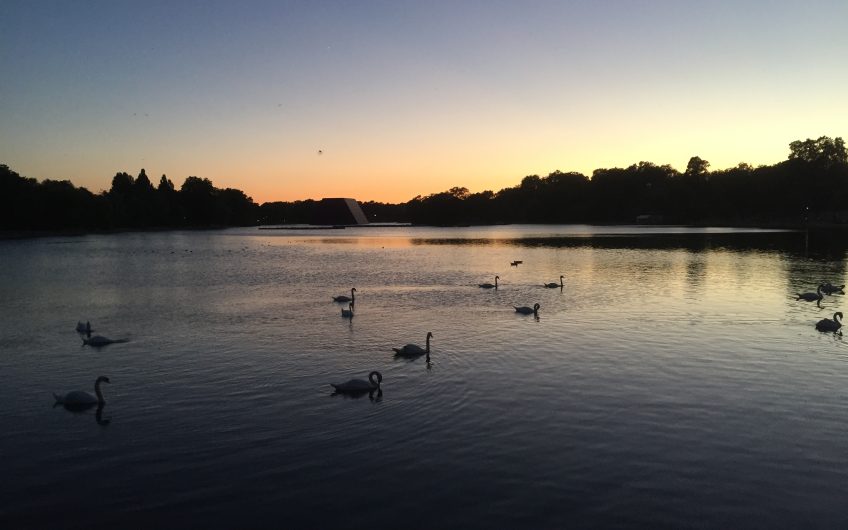 When I lived in New York a decade ago, the weather forecaster on the local morning radio show was an out-and-out liar.

It's the same in Britain. 'Isn't it lovely?' they say, as they rush over to the shady side of the street and desperately water their dying plants and brown lawns.

But, in the evenings, ah, it really is lovely. This picture is of the Serpentine in London's Hyde Park last night at 10pm. It was still warm enough to walk around in shirtsleeves; but free from the blast of the midday sun. British summer evenings, even after sunny days, usually see a massive slump in temperature as the sun goes down, with a rush for jumpers and a Blitz spirit required to stay out in the late-night cold.

Not now. I was at a party last night where, even after nine, I was happy I hadn't worn my jacket – even if I was berated for not wearing one by a friend. Why do the British persist in wearing extra layers when it gets hot?

Anyway, long may these summer nights continue, even if they necessarily bring boiling summer days with them.

The Strange Etiquette of Coronavirus in Empty London

On a wild-goose chase: My sad search for affordable healthcare in America