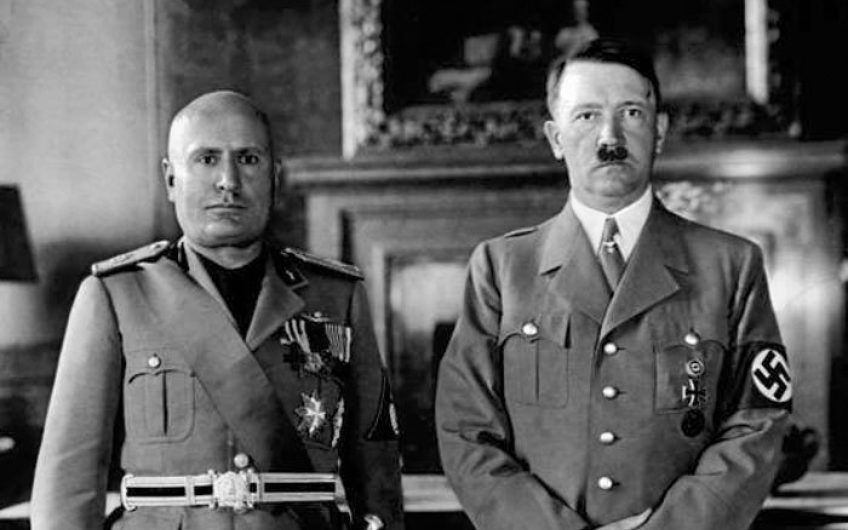 On the 88th anniversary of Hitler becoming Chancellor, John McEntee tells the story of Hitler’s link to the Emerald Isle and three middle-aged American brothers with a lineage they’d rather forget

When I was a youngster growing up in Ireland, my well-informed father insisted that Adolf Hitler had a nephew called Paddy Hitler, and that his Dublin-born sister-in-law was called Bridget Hitler.

How we laughed! But in light of the recent revelation that Hitler had apparently fathered an illegitimate French son, Jean-Marie Loret, with a teenage girl in 1918, I did some research which wiped the smile from my face. I discovered that my late lamented dad was speaking the truth.

Jean-Marie died aged 67 in 1985, but Adolf has three Germanic-Irish grand-nephews living quietly in the United States. Few people in the world were more disconcerted by the revelations about Hitler’s illegitimate son than this trio of middle-aged brothers residing anonymously on Long Island. For Alex, Louis and Brian Stuart-Houston the disclosure of their great-uncle’s fecundity was the grimmest of bad news – it has focused unwelcome attention on them, providing a reminder of their family link to the world’s most hated tyrant.

The Stuart-Houston brothers are the grandsons of Hitler’s brother Alois and his Irish-born wife Bridget. Alex, 63, a retired social worker, and Louis, 61, and Brian, 47, who run a landscape business, want nothing to do with their tainted heritage and refuse to discuss their notorious grand-uncle. Neighbours say two of the brothers made a pact that they would never have children so that the Hitler bloodline would die with them.

Their father was Patrick Hitler, known as Paddy, the progeny of the short-lived marriage of Bridget and Alois Hitler. To trace his origins you must go back to a sunny summer afternoon in Dublin over a century ago. Bridget Dowling, a seventeen-year-old convent schoolgirl took a day trip with chums to the Royal Dublin Horse Show. There she spotted a handsome stranger wearing a dangling chain and a Homburg hat. It was Alois Hitler. She was smitten, recalling later that ‘this stranger with his fine foreign manners made a great impression’. He told her he was a German hotelier on a European tour, studying the catering business in different countries.

He was in fact a humble waiter at the fashionable Shelbourne Hotel on Dublin’s St Stephen’s Green. Bridget’s family did not approve, particularly when they discovered he wasn’t a grand hotelier, but the couple continued to see each other. The family objections finally prompted them to board the Liffey ferry and sail to Liverpool, where they married. Alois’s younger brother Adolf was then growing up in Austria and had yet to enlist and fight in the First World War.

Alois secured a job as a razor-blade salesman on Merseyside. Bridget soon became pregnant and in 1911 gave birth to a son, William Patrick. At some stage Bridget, Alois and young Paddy visited Berlin and met Adolf. Bridget claimed that Adolf had stayed in her flat in Liverpool before the start of the First World War, but this is unproven. In her book My Brother-in-Law Adolf Bridget described the young Adolf as ‘a pale, unsteady-eyed lad who sat in her kitchen and played with her two-year-old son Paddy. She also claimed responsibility for Adolf’s moustache, saying that she’d advised him to downsize from his waxed handlebar whiskers. She alleged that when she saw the famous moustache in a newspaper photograph of Hitler she said: ‘Adolf has gone too far.’

By the time Hitler seized power in Germany the marriage of Bridget and Alois was over, but both Bridget and Paddy boasted about their relationship with the widely admired dictator in Berlin.

In his twenties Paddy Hitler travelled to Germany to meet his uncle, by then the Chancellor of Germany. Uncle Adolf found work for his nephew in a Berlin bank. Paddy subsequently secured a job as a car salesman with Opel and sported a Hitler-style moustache.

Having inherited the beguiling charm of his father, Paddy was much in demand at Berlin dinner parties. But Adolf found his talkative nephew increasingly bothersome. Embarrassed by his boastings, he described him as ‘my loathsome nephew’. Paddy apparently demanded that his uncle get him a senior job in the administration otherwise he would expose Adolf’s Jewish ancestry. Hitler insisted that in return for a cosy sinecure Paddy should apply for German citizenship. Unnerved by his uncle’s rage, Paddy returned to Britain where he wrote an article for Look magazine headlined ‘Why I Hate my Uncle’.

As war loomed, Hitler’s popularity in London salons plummeted. Paddy and his mother were becoming nervous of their familial links to a warmongering tyrant and they emigrated to New York, where Paddy capitalised on his Hitler links. He toured as a lecturer, claiming that his uncle was a madman surrounded by ‘sexual perverts’. His lecture tour was headlined: ‘What the German People are Thinking,’ with the subheading: ‘The truth about Hitler and his regime by one person who knows them both inside out.’ He and his mother achieved a level of celebrity. Bridget was photographed in New York bidding farewell to her moustachioed son as he prepared to cross the border to join the Royal Canadian Air Force. Sitting in the back seat of a convertible, Paddy clutches a newspaper bearing the headline ‘To Hell With Hitler’. His mother, a well-nourished, black-haired matronly figure, smiles proudly.

Paddy’s bid to sign up in Canada was unsuccessful, but he did manage to join the US Navy in 1944. He saw action and received a shrapnel wound in the leg. After the fall of Berlin and the suicide of his uncle, Paddy and his mother decided that publicity would benefit them no more. They dropped out of public view, changed their names to Stuart-Houston, and moved to New Jersey. Bridget died in 1969 at the age of 89. She is buried as Bridget Stuart-Houston on Long Island.

Paddy married a German woman named Phyllis and ran a blood analysis laboratory. They had four sons, one of whom died young. Although he was mostly successful at keeping his identity secret, Paddy was outed in old age by a neighbour, Teresa Ryther. She told the New York Times in 2006: ‘Once, my father told my mom, “I just saw Paddy mowing the lawn and he turned around and, my God, he looked exactly like Hitler.” And I remember thinking, Oh Hitler – he was that bad guy.’

Paddy died in 1987 aged 76. He is buried alongside his mother. Their graves give no clue to their close connection to the twentieth century’s most evil man.