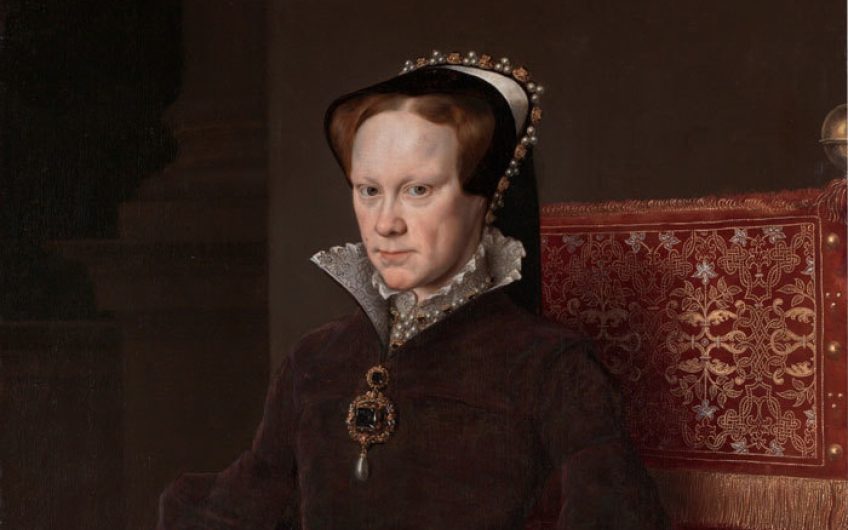 ‘And by far the most boring subject’, concluded my nine- year-old grandson, Dante, with a groan, ‘is history.’

He was, of course, responding to ‘What’s your favourite school subject?’ Top of his list was maths. Maths. For a few moments I was too shaken to respond.

‘But history’s the best subject, Dante. Surely you know that.’

‘No, Granny. History’s just watching Horrible Histories on the screen.’

‘In class? At school? Your teacher puts on Horrible Histories – from the telly – and calls that a history lesson?’

‘Yeah. So? And why should we learn about history anyway?’

‘One reason, I suppose, is to stop history repeating itself.’

‘Well, it has to repeat itself because we weren’t listening the first time. Horrible Histories is OK for a bit, but after a while it gets hard to stay awake.’

Don’t get me wrong. I’ve got nothing against Horrible Histories. It is one of the witty wonders of the BBC, a children’s comedy series in which all historical facts are cut out apart from the bare bloodthirsty bones. The Terrible Tudors? When they weren’t burning witches, they were tarring and feathering one another before succumbing to a hideous plague-induced death. Jump forward to the Vile Victorians and what have we got? Starving boys being forced up chimneys; five-year-old girls getting fatally entangled in factory machinery. Leap backwards and we have Vicious Vikings who – well, you get the gist.

Horrible Histories is a frothy way of saying ‘Blimey! Look how nasty and stupid they were in the olden days’, which is all well and good. The problem stems from the Horrible History school of history pervading primary schools. Ask a nine-year-old what he or she knows about the Ancient Romans and they will describe crucifixions, Christians-fed lions and criminals being buried alive. Ask the same child who the Romans were and you will be met by a vacant stare.

History as taught to youngsters these days has become like a plotless film filled with endless carnage and gore. Lessons skip and swerve thousands of years from day to day. Wednesday’s lesson on workhouses will slip merrily into Thursday’s class on Saxon tortures. Human beings, schoolchildren are made to believe, never did anything kind or sensible until The Modern Age.

The dreaded English and maths SATs tests are partly to blame for history’s decline. As numeracy and literacy are the only subjects that can push a primary school up the league tables, all others are being squeezed out of existence.

It is a shame ‘personalities’ are no longer deemed relevant. My primary school teacher, Mr Craighill, enthralled his pupils by concentrating on the historical characters whose stories he would act out with gusto. Oliver Cromwell, Mr Craighill’s idol, strode around England smashing up churches, howling ‘papist idolatry!’ to the accompaniment of a cheering class. Villainous Charles I simpered with an effeminate lisp which always provoked boos and hisses. Although I was perplexed by Mr Craighill’s strange ideas, he inspired a fascination for these extraordinary 17th-century characters. When I was nine or ten, we were asked to write an essay on the person we most admired. My choice was Prince Rupert. No one thought there was anything strange about that. Pity the modern child who has never heard of Roundheads and Cavaliers.

Nowadays, the only time schoolchildren’s spirits are roused by historical studies is during Black History Month. The enthusiasm children of all backgrounds have for ‘black history’ stems from learning about heroes and heroines. For one month, history becomes real and understandable, not merely faceless rogues doing unspeakable things to faceless victims.

I have always thought of Black History Month as a Good Thing, although I’m well aware of the reasons that many see it as a Bad Thing. Isn’t history all jumbled up and interlinked with nothing to do with colour? What does ‘black’ mean anyway? Why should we celebrate a colour? Are black people a race with no nation, just as the Jews were until the last century? And on it goes.

Yet Dante and his classmates become wildly impassioned by Black History Month. Each pupil is asked to come up with a way of creating a project on a ‘black’ character. The artists, such as Dante, paint posters, the writers create poems and the dramatists produce mini-films (with the help of technology-minded dads). An eight-year-old author impressed the teachers with a riveting novella about Sara Forbes Bonetta, Queen Victoria’s African godchild.

Black History Month has many amusing side effects. Children are told ‘You’ve all heard of the racist Florence Nightingale but have you ever heard of Mary Seacole?’ The children, who haven’t heard of either of them, will gaze in blank bewilderment. Historical figures are now being debunked before they’ve had a chance to be bunked.

Wouldn’t it be wonderful if primary school pupils could study the personalities of great historical leaders again. Andrew Gimson’s Kings and Queens describes the marvels as well as the madnesses of English rulers. Every monarch springs to life and engages the imagination. If only Gimson’s book were to be used as a school textbook, history would be top of Dante’s list, as nature intends. Sadly, textbooks themselves have been consigned to history.

Fat Britain gets a pat on the back