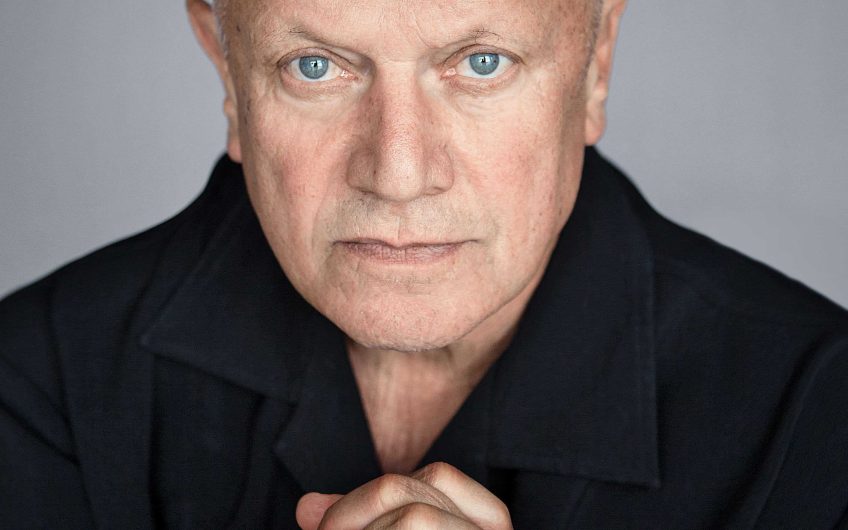 The most important thing about playing a villain is that you must appear to be highly intelligent and even devilishly attractive. The public must want to identify with you.

Villains break the code of convention, the law and the petty shibboleths the common man so readily and fearfully adheres to; the petty laws that stifle us to death and which we are so fearful of breaking that we become, to a certain extent, willing slaves of society.

The Villain allows us vicariously to breathe and, as we watch them on our screens, a little part of us envies them and wishes to emulate them. Of course the villain is not without courage since he or she plays a dangerous game with the law and, if exposed, pays the price, sometimes the ultimate one.

A slob cannot successfully play the villain since the villain’s paramount weapon is his intelligence, and with intelligence comes caution. And so coolness is appropriate for the well-spoken English villain. Their accent is a perfect disguise for the malevolent plots seething in their brains. An elegant speaking voice also gives nothing away.

In most American villains, their chief attribute is brute force. They cannot for an instant disguise what they are and so one of their main tools is the ability to instill fear into their rivals.

When I played my first Hollywood villain – Victor Maitland, the corrupt art dealer in Beverly Hills Cop(1984) – Martin Brest, the director, gave me one special note: 'Do less.’

I did – and I thought I was sufficiently cool. But, after each subsequent take, he would give me the same note: 'Even less.' And, of course, the less I did, the more power I seemed to have.

In Shane (1953), Jack Palance, the legendary Western, barely moved from his corner in the bar where he sat like a great black spider. He never spoke above a whisper and was frighteningly satanic, dressed from top to toe in black.

A villain can also behave like a shrieking harridan but then he must already have reputation as a psychopath. These types are still among the most favourite villains. In the miniseries, War and Remembrance (1988-9), I played Hitler. Dan Curtis, the director, told me to raise the roof and I was most happy to do this. The audience do love a psychopath because so many of them feel a kindred spirit to the lunatic, the loser and, especially, the outsider who lives alone. This type is exemplified by Robert De Niro in Taxi Driver(1976), as he plays with his murderous toys while adoring himself in the mirror – an iconic, admirable movie scene.

For superb villains, we do need superb actors. No one can exemplify this more meaningfully than Anthony Hopkins in The Silence of the Lambs(1991). Dr Hannibal Lecter is both psychopathic and coolly sinister – and yet at the same time deeply cultivated and indeed gentlemanly enough to volunteer the amputation of his own hand to free himself from the handcuffs of Jodie Foster. So he ticks all the boxes at once.

Actors rarely tire of playing villains because the default position for playing them is the projection of intelligence and originality. Still, to play a good guy, if the part is well written, is still top dog when the good guy is just too powerful for the villain. In Once Upon a Time in The West, the 1968 Spaghetti Western, no one would dare face a showdown with Charles Bronson, the mythic good guy – as is Kirk Douglas in Spartacus (1960), even if he is nearly undone by Olivier in the final scene. Olivier as the bad guy simply oozes high-class villainy. As he slaps Spartacus, emitting an animalistic shriek which no American actor would ever venture to dare, we witness a typical Olivier touch. Very English.

A little classical stage background is a valuable resource for a ‘super’ villain and few could ever surpass Ben Kingsley’s villainous turn in Sexy Beast (2000). It is flawless and, above all, very well-written – a great combination.

Some years ago, I was recruited by action movie maestro Joel Silver to play a nasty Russian dude. The film was called Fair Game (1995) and starred the voluptuous Cindy Crawford as a sharp downtown lawyer in a miniskirt.

I channelled my best Russian villainous dialect and was even encouraged by the neophyte director to be a little free with the text. This I did with much aplomb and a certain flair. I have to admit that word came back from the daily rushes that it was a thumbs-up performance.

The producer then decided, for whatever reason, that he wanted my Russian to be less humorous and that I should stick to the script, which was frankly rather odorous, rather than improvise as I had done before. I ploughed on, doing as I was told, dreaming only of return flights.

Eventually the film did come to a welcome end. A month later, I received a call from one of the more pleasant producers, saying that this hodgepodge of a film received less than savoury responses from a test run shown in the provinces. The result of this was the opinion that, since we have been exposed to too many Russian villains in the past, I should redub the whole piece with an English accent!

To post-synch your voice is already quite a chore but to ask for it to be done in an English accent means that it would never fit with my rather expansive Russian character that appeared on screen. I tried vainly to resist but was threatened with the total oblivion of my hitherto modest career.

I actually managed, with much effort, to put it into an English accent. The film opened to monstrously bad reviews but, I, even with my cod English and Russian flourishes, received a respectable review. So the villains aren’t always the ones in front of the camera.

Times not a-changin’ that much