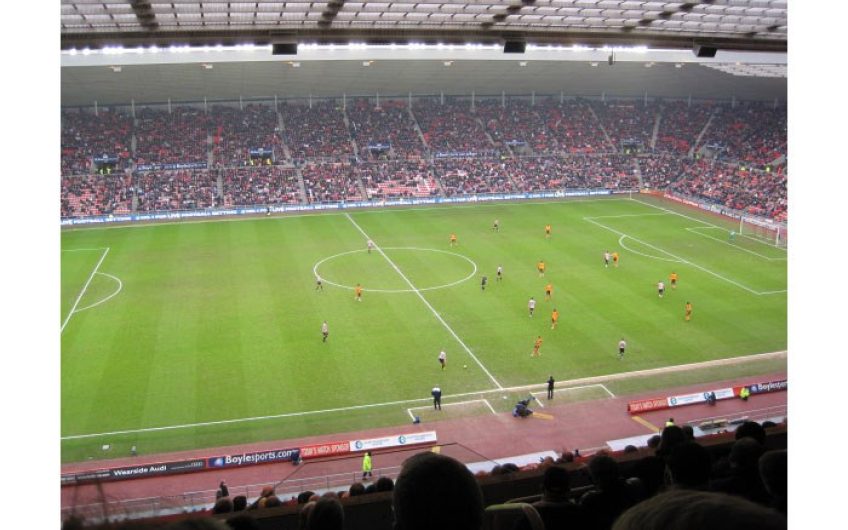 This time a year ago, I went to sleep a normal part of the population, and woke up eight hours later as a C-list celebrity.

On a gloriously sunny, early spring morning, I lay in bed and turned off flight mode, and my outdated, cracked Samsung exploded into life with a cacophony of beeps and vibrations. This day – the day my life changed – was a week into lockdown and, appropriately enough, April Fool’s Day.

Just under two years previously, together with two friends, I had taken ownership of a vast, stricken, football club – Sunderland AFC. The grand old lady of north-east football, £180m in debt, and losing £35m a year – a club once so venerated that it was known as the Bank of England club – had just been relegated in consecutive seasons to the ignominy of third-tier football.

The previous owner, an American called Ellis Short, had been trying to sell up for two years or more, but could find no takers at any price. Administration and liquidation loomed.

It was into this maelstrom that we strode in May 2018. Having taken a detailed look at the total liabilities and assets, we felt that, with a fair wind the lumbering behemoth could be turned round. But urgent, drastic, immediate surgery was required.

The nasty work was grim indeed. To start stemming the catastrophic losses, close to 200 people had to be fired – and quickly. Those who were shown the door included obvious candidates such as Sunderland’s small army of liveried chauffeurs and a consultant paid handsomely to move pot plants in the executive offices, but also many who had worked for the club as a labour of love for years, if not decades.

And the small, beleaguered team who remained needed somehow to be cajoled, or coerced if necessary, into working a fair bit harder than they were used to.

As these painful efforts proceeded, the cameras were rolling and my fate was being etched in stone. The preceding management, in an attempt to help market the club for sale, had agreed to be the subject of a Netflix fly-on-the-wall documentary. We inherited the contract and the work was so intense that it was no distraction: we quickly forgot that we were being recorded – which was a good and a bad thing from my point of view. Much to my regret, my management style owes more to 1990s Fleet Street than to the more sensitive times we now inhabit.

Just like those who were my first bosses, I find it ‘challenging’ (to use a 2020s word) to seek 360-degree feedback if I see something I don’t like. I never set out intentionally to swear, but profanity litters my speech, in good moments and bad.

The cameras also captured my often comically emotional reactions during moments of triumph – record-breaking attendances and the success of turning the business around – and abject despair: the loss of the season-defining play-off final against Charlton Athletic with the last kick of the game, in front of 90,000 people at Wembley.

This was catnip to Netflix chiefs and Marmite to the estimated 20 million-plus viewers who tuned in to watch Sunderland ’Til I Die in the opening weeks of the global pandemic.

The critical consensus held that I was, at least televisually, a success: ‘the unlikely cult star of lockdown Britain’(the Daily Telegraph); ‘an incredible character ... a pure PR force of nature’ (BBC); ‘a middle-aged, plummy-toned, foul-mouthed southerner with a penchant for burgundy trousers’ (the Guardian). Or, my favourite: ‘a mixture of Mike Bassett [a fictional football manager] and Bertie Wooster’ (the Independent).

So that was the ‘me’ that tens millions of people tuned in to see throughout April and May 2020. And I immediately became part of the flotsam and jetsam of the public life I had once acerbically chronicled in my days as a Fleet Street diarist on the Daily Telegraph.

Real fame usually comes gradually and is generally – obliquely – sought- after. But as Sunderland ’Til I Die fought with Tiger King for ‘top trending’ status on Netflix for weeks, like Joe Exotic I went from being a nobody to being a somebody in 24 hours.

The results were dramatic. On my trips to the supermarket, I was noticed by around a quarter of passers-by and stopped (for a chat or an autograph) by around half of those. I had been told in the past by ‘shelebbs’ I had interviewed that there is something de-humanising in the interest of people you have never met before. It was true.

The attention isn’t flattering, as such, but you can get used to it very quickly. The quick eye contact, followed by the look away, and then the slightly confused face as they wonder where they have seen you. Then the ‘light-bulb’ moment, when they decide whether to approach you or not.

Meanwhile, what do you – as a newly minted, not really very celebrated person – actually do? Is it rude just to carry on with your business? Do you look friendly and approachable? When they ask you who you are, is it best to shrug it off with a modest ‘Ah, nobody’ or to answer the question?

Fortunately, I am social-media lite – not having a Twitter or an Instagram account. My LinkedIn took a heavy beating, though. Suddenly, a great mass of people wanted to get to know me, to offer me gigs, or words of praise, or – occasionally – a tirade of abuse.

There were so many offers, from top showbiz agents in the UK and California, to appear in further reality TV shows and game shows that I eventually facetiously suggested a programme on ‘monkey tennis’, a mock invention of Alan Partridge’s. Puzzled silence ensued, as the executives seriously considered the idea. There were also more reputable offers to run other football clubs.

Is this what I have become? I thought.

This series came to define me so much that my only two realistic routes were football and/or the C list. My wife and I puzzled over the long-term implications: should we just bite the bullet and accept the invitations to move to LA?

For good and bad reasons, real life intervened. First, in late April, our baby daughter appeared, which was simultaneously wonderful and grounding. Then, in late May, I was diagnosed with Stage II cancer.

The rest of the summer was spent in a maelstrom of anxiety and COVID-secure hospital wards as I submitted to the rather more prosaic life of a chemotherapy patient.

Meanwhile, having not exploited my moment in the limelight to move on to further celebrity gigs, I found my five seconds of fame fading even as my hitherto thick mane of hair fell out, rendering me far less recognisable in public. And by the time I made it out the other side, to a longed-for August family holiday in Cornwall, I was more or less restored to my previous anonymity.

As the hair has grown back since, so has some of the supermarket-aisle recognition. On a business trip to Latin America in November, I was hailed in the street multiple times, which was odd. But the reaction has faded. Having my best- known lines shouted at me by passers-by has, thankfully, largely ceased.

The lasting impact of my brush with fame is a Google profile that will for ever mean every new business acquaintance turns up to the first meeting expecting a ‘strange mixture’ of J R Ewing, Del Boy and David Brent, as one review put it.

Still, as I discovered last summer, worse things happen at sea – and at least I avoided the depredations of the celebrity jungle.

An Englishman’s castle is his home - John Goodall