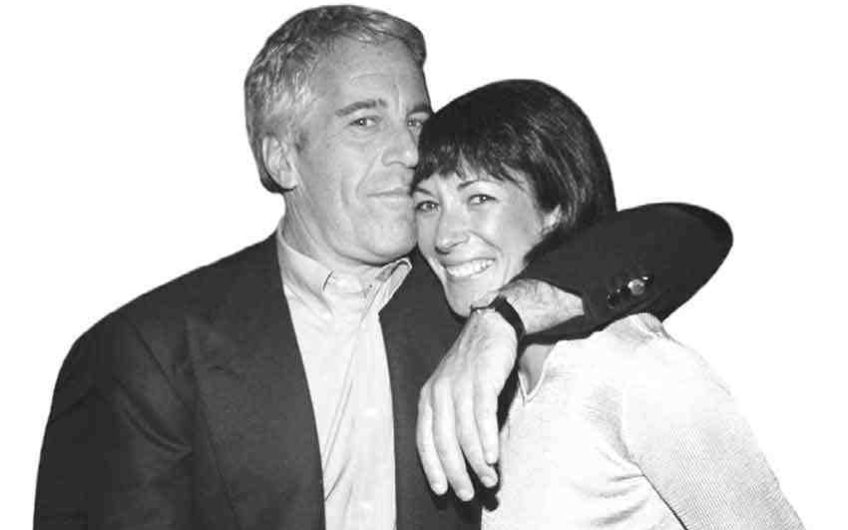 Newly settled in Manhattan, Harry Mount was invited to a party at Ghislaine Maxwell's house. As she is sentenced to 20 years in jail, he remembers meeting her

I was short of friends and a little lonely when an old British friend, a New York journalist for years, asked me if I’d like to go to a party at Ghislaine Maxwell’s house.

At that stage, no one, apart from a small inner circle, knew about Maxwell’s former relationship with – by then, friendship with – the unspeakable paedophile Jeffrey Epstein.

All I knew was that she was the 43-year-old daughter of crooked press baron Robert Maxwell. So it was with the nosy newsman’s hat on that I entered Ghislaine’s house that night.

And what a house it was – a narrow, red-brick, five-storey mansion with a porch wrapped in Ionic columns. It was in the ritziest part of town, on Manhattan’s Upper East Side, not far from Central Park and the Frick Collection.

If I’d dug a little deeper, I’d have realised there was something fishy going on. When Robert Maxwell died, massively in debt, Ghislaine Maxwell was left with an £80,000 annual income from a trust fund. A lot of money – a lot more than I earned. But I lived in a tiny apartment in Greenwich Village. And here she was in a mega-schloss – with 12 rooms, eight fireplaces and a lift. It was sold for £12m in 2016. It’s since emerged that Jeffrey Epstein bought the house in 2000.

As we walked into the hall – immaculately decorated in a spick-and-span version of English Georgian, like the house’s exterior – Ghislaine stepped forward; thin, pretty, in a couture dress that put my newshound’s blue, linen, battered jacket to shame.

My friend introduced us.

‘Oh, the New York correspondent for the Telegraph!’ said Ghislaine, her eyes wide open, alive with excitement, her smile broadening, as if I were the most dazzling person she’d met. She peppered me with flattering questions that pointed to an intense curiosity in my not very exciting life.

‘You live in Greenwich Village? How thrilling! And you’ve been here for only three months? What a treat!’

You can see that same look in the party pictures of her before and since her arrest for the alleged crimes. She is rarely speaking in the pictures; more often, she’s listening or smiling, her body language dedicated to making the speaker think they’re the most gripping person alive.

Since the scandal emerged, you can see why she turned into that person. Given some of life’s most coveted gifts as a child – money, looks and education – she was also given a devil for a father: a brute who alternately bullied and spoilt her, and got her into Oxford University by endowing a Maxwell scholarship at her college, Balliol, that she then took advantage of.

Hence the strange combination of being ultra-well-connected while being fundamentally unsure of herself, along with the desperate desire to stay in with the great, the good and the rich. Hence the curiosity and charm with a shy, new Brit in town. Hence the willingness to live in a house bought for her by a monster.

Now she's been sentenced to 20 years' imprisonment for those crimes, though, mere circumstance of birth cannot explain them away.

The puffins of Skomer - Harry Mount