I ONCE MET MOHAMED AL-FAYED - AND HE WAS VERY GENEROUS WITH HIS BALLOONS. BY NICHOLAS BARROW 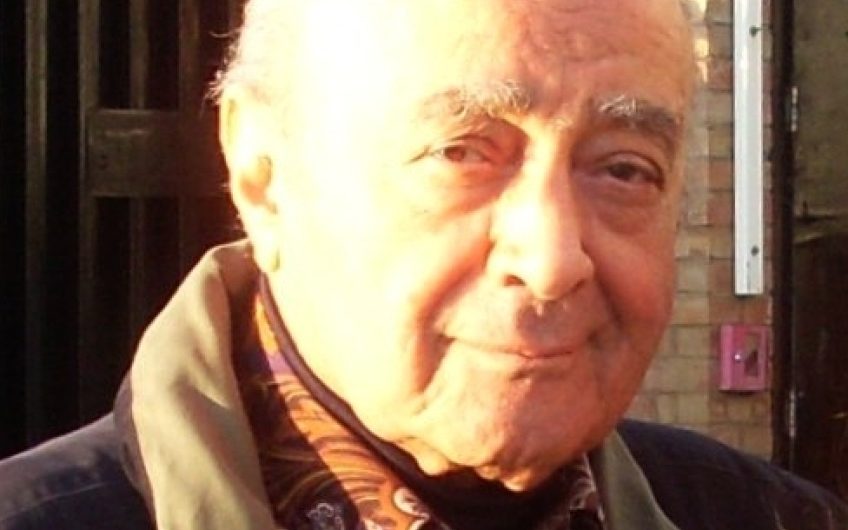 After my parents separated around my sixth Birthday, my mother I were invited to St Tropez where her friend Harriet’s father had a villa.
In our carriage on the sleeper train was a small sweet old lady. She had bruised her knee while boarding. My mother had two bags of boiled sweets, for me and for Harriet’s son Domingo. I confessed to her that while staying with my father, I had put Effie, a King Charles spaniel puppy, half-sister of our dog Toby, in a drawer.

My mother was so shocked, being an animal lover, that she gave my sweets to this little old lady when I was asleep, as a punishment, and because she felt sorry about her knee. That night I fell off our carriage’s highest bunk onto the floor.

Harriet met us at the station next morning in France. I very much liked Tony, her father’s Portuguese butler. He was like a strict school master, but very kind to me and Domingo. I could tell he genuinely liked children.

Harriet had just met the young Finnish wife of Mohamed Al-Fayed In London and wanted to see her again. They had a villa nearby. At the time, I had no idea how famous Mohamed Al-Fayed was. This did not occur to me. All I knew was this man was the owner of Harrods. However I was fascinated, when we arrived there a few mornings later, by his large outdoor swimming pool and enormous luxury Harrods toys – cars etc - lined up beside the pool. They were even some large toys in the pool. Mohamed had three or four young children.

Al Fayed stayed all the time on a sun lounger by the pool, on a large phone. It was not he who’d greeted us; it was his young wife. He was not involved in our visit. Harriet whispered to my mother that she wanted to see inside the main house, so would pretend to need the bathroom. However she was not able to satisfy her curiosity. She was told instead to use the one in the pool building.

Domingo and I were then invited to stay all day, but not our mothers, who both left.

Near to the house was a blow up bouncy castle with a ball pool. Domingo joined the other children in the bouncy castle. This didn’t interest me.

The house was tidy and well looked after. There wasn’t any dirt or dust to be seen. There was more than one Filipino nanny. There was definitely a housekeeper and cook because I remember being served a delicious lunch, which we ate outside. We children were given lollypops after lunch. Toys didn’t really interest me as a child – I have Asperger’s but did not know it then - but I did ask the wife if there were any balloons, my obsession at the time. The wife and one of the nannies searched the house for balloons. The children’s bedrooms, I noticed, were clean and spacious. There were no balloons to be found.

I then went with the wife to approach her husband, who had not shown much interest in us children. His wife, who I found warm-hearted as well as very pretty, asked his permission to go and buy me some balloons. He said quietly, and a bit impatiently: “If he wants balloons he’ll have to pay for them.”

“I think it would be nice for him to have balloons!” she said encouragingly.

Because he was so fond of the wife he then said: “He can have SOME balloons but he can’t have all of them.”

He was trying to be well balanced. I asked if he had balloons in Harrods.

“We have lots of balloons at Harrods”.

He had a cut on his cheek and I asked how he did this.

“I cut myself when I was shaving.”

I did not find him rude, but firm, tough and fair. I could tell he was extremely fond of his wife.

The following evening a chauffeur turned up at Harriet’s father’s house with three bags of balloons. It was obvious to me that Mohamed was so devoted, and loved his wife to such an extent that he had given her permission to arrange for this chauffeur to go out and buy me balloons.