30 OLDIE CLASSICS FOR OUR 30TH BIRTHDAY! 2/30 Infamy, infamy! They've all got it in for me! Craig Brown on Kenneth Williams 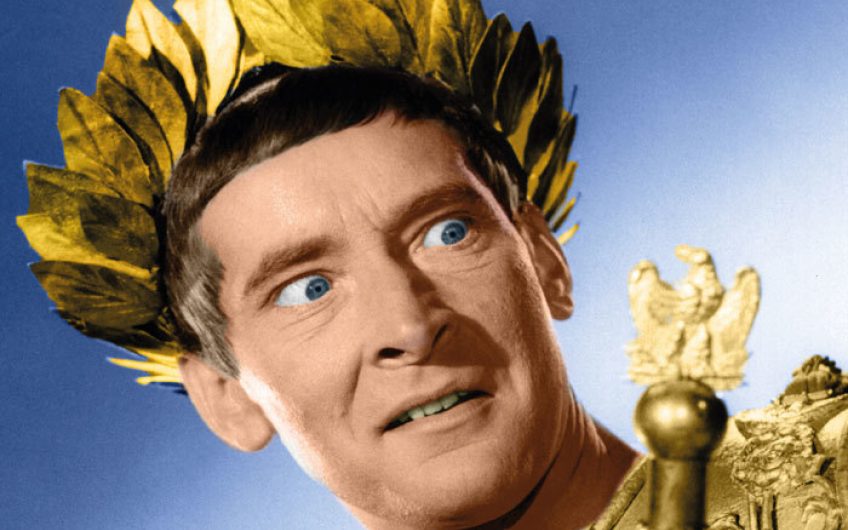 There is an edition of Just a Minute from 1979 that kicks off with Nicholas Parsons asking Kenneth Williams to speak on the subject of ‘My Other Self’.

‘Kenneth, can you tell us about “My Other Self” in sixty seconds, starting from now.’

‘It is the side of me few people ever see,’ begins Williams. ‘I closely guard this private person because all of us do cherish some secret feeling which we feel, if it were to be betrayed...’

At this point, Barry Took presses his buzzer, on the grounds of deviation: ‘I thought he was going on alarmingly. I mean, there was feel and feeling. He was getting all emotional about himself.’

Parsons disallows the objection and tells Williams to continue.

‘It was Emerson, I believe, who said we have as many personalities as we have friends. Mine consequently are varied and extraordinary. Many times, people say, “Well, we saw a side of you we didn’t know existed! How WON-derful it was to have the curtain or the veil, as it were, lifted on your pro-CLIV-ities! [audience laughter].

‘We do like to see this sort of thing. And, of course, it is true that, when we do see something which we didn’t…’

Now it is Peter Cook who presses the buzzer: ‘There’s a constant stream of we-wes,’ he says, to much laughter from the audience. And so Williams’s 51 seconds of self-revelation are brought to an end.

It’s the fate of most TV and radio personalities to disappear into the ether. Even though we may have spent years of our lives in their company, once they are dead we struggle to remember who they were.

But, thirty years after his sudden death on 15th April 1988, aged 62, Kenneth Williams remains a vivid character, like something out of a fairy tale, with his richly enunciated and fabulously extended vowels, his monstrously flared nostrils and his contrary combination of the prim and the lewd, with nothing in-between. However gregarious he is, however much the entertainer, he always remains a solitary presence, and strangely menacing. Rarely has comedy been so clearly fuelled by neurosis.

‘Sexually, he really is a horrible mess,’ observed his friend Joe Orton in his diary, after being in his company. ‘He mentions “guilt” a lot in conversation. His only outlet is exhibiting his extremely funny personality in front of an audience and, when he isn’t doing this, he’s a very sad man indeed.’

In his entry for 5th July 1967, Orton goes to Williams’s flat. Kenneth’s beloved mother, Louie, arrives a little later, and has a sherry.

‘She said she’d had a letter from Kenneth’s sister. “She’s touring,” Mrs Williams said. “Getting all those big Greek sailors,” Kenneth said.

Even Orton was taken aback by their dialogue. ‘I was a little surprised,’ he writes, ‘to hear someone talk so freely in front of their mother.’

Kenneth Williams was born in a slum area off the Caledonian Road, just north of King’s Cross, in 1926. His father, Charlie, was a God-fearing hairdresser, who possessed a particular hatred of homosexuals.

Kenneth remembered a man once coming into his father’s barber shop in Marchmont Street and asking for a blow wave.

‘You’ll get no blow waves from me!’ he thundered.

Charlie then accused his would-be customer of being a queer, and kicked him out of the shop. Charlie – described by Kenneth’s sister, Pat, as ‘a real old-fashioned Victorian bully’ – paired his hatred of homosexuals with a hatred of actors. Years later, Kenneth imitated his cockney rants on the Russell Harty chat show: ‘I’ve had them in the shop with their la-di-da voices… they haven’t got two ha’pennies to rub together.’

It was never going to be easy between father and son, particularly once the nine-year-old Kenneth had taken to the boards in the role of Princess Angelica in his school production of The Rose and the Ring.

His father may have disapproved (‘The stage is for nancies’), but the critic from the St Pancras Gazette had nothing but praise. ‘Kenneth Williams, with his mincing step and comical demeanour, as Princess Angelica, was a firm favourite with the audience, to whom his snobbishness and pert vivacity made great appeal.’

During the war, the teenage Kenneth was evacuated to Bicester, where he was put up by a retired vet in a large, glamorous house, complete with four-poster beds and an enormous library. It was, he recalled, ‘a magical abode’: he liked to copy the posh vowels of his host, who would recite poems by Byron and Shelley, and to sing old ballads very loudly.

Kenneth returned to London with a new voice, and a refreshed spirit of rebellion.

‘My father was a cockney: he didn’t talk like me at all. He hated my kind of talking. He said, “What d’you go round with a plum in your mouth for? Putting it on, giving yourself airs.”’

His sister remembered Kenneth’s uncompromising approach: ‘Ken used to look at our father with utter contempt.’

Charlie Williams committed suicide in 1962, downing a bottle of a poison called Thawpit from a cough mixture bottle.

‘Show went OK. Audience good,’ reads the entry in Kenneth’s diary for that day. At the end of the year, he concluded, ‘It was a good year, really. Charlie’s death released Louie from that rat trap of a marriage, and now she’s happy.’

Up to the time of Kenneth’s death – he predeceased her – Louie would always sit somewhere in the front two rows for his appearances on chat shows, quiz programmes and comedy shows.

‘All his most salacious lines would be directed straight at his mother,’ recalled Hugh Paddick, who played Julian to Kenneth’s equally outrageous Sandy on Round the Horne. ‘She just lapped it up.’

At one of these recordings, on 23rd November 1958, the scriptwriter Alan Simpson thought to himself that Williams was the happiest man he’d ever seen, both adored by the audience, and the life and soul of the party after the show.

But when Williams’s diaries were published 35 years later, they contained a quite different impression.

‘Did the Hancock show from the Piccadilly. It was a general disaster. Really terrible. The team is so dreary to me now... this crowd are so listless and disinterested and their conversation is real pleb stuff. I don’t care for any of them at all.’

Simpson read this entry with amazement: ‘I’ve never been so astounded in my life.’

This was Kenneth’s Other Self, the self so briefly alluded to in that Just a Minute speech, ‘The side of me few people ever see.’

He craved laughter, but despised himself for craving it, often worrying that an audience were laughing at him rather than with him. Watching his chat-show appearances today, it is notable how often his confessions of loneliness and alienation are greeted with uproarious laughter.

‘How is your love life?’ asks Joan Rivers.

‘I’m asexual,’ he replies. ‘I should regard any type of relationship as deeply intrusive. Privacy is the most important thing in my life. Everything which invaded it would be a threat... so, consequently I live a life of celibacy. I’m not interested in the other.’

These might be the words from the casebook of a patient suffering from clinical depression, but the audience hoots with laughter, and so does Rivers.

His delivery was at odds with his message. There was something innately comical about Kenneth Williams; and perhaps this was his tragedy.

The last words in his diary were: ‘Oh, what’s the bloody point?’ If he had spoken them to an audience, no doubt they would have howled with laughter.

Shortly after he wrote them, he took an overdose, had a heart attack and died.