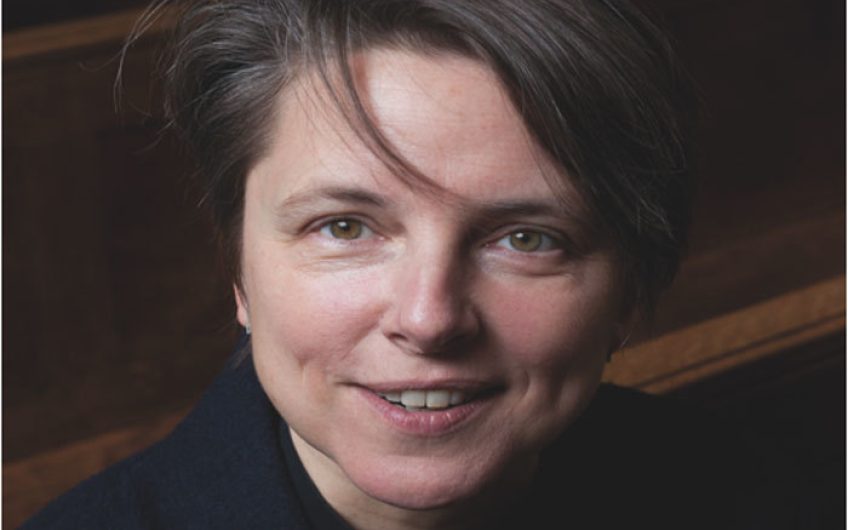 For women clergy, it was like the moon landings or the death of Elvis. We know where we were when we heard the news.

On 11th November 1992, in the middle of a grey afternoon, my life, and the lives of many other women, turned on a sixpence. The General Synod of the Church of England voted that women could be ordained as priests.

As the voting numbers were announced, frantic calculations were being made in the tea parlours and sitting rooms of faithful Anglicans. In the balcony of the Synod chamber, three blonde, dog-collared women – women could be deacons since 1987 – sat together, holding hands. One of them, disobedient to the Archbishop’s instruction that the vote would be heard in silence, squeaked uncontrollably at the result. We knew things would never be the same again.

I was watching it all on TV at the Birmingham theological college where I was training to be a deacon. The vote had been expected to go the other way and so my generation were half-resigned to doing what we could until we were allowed to do more. Allowed to be more.

None of us who witnessed the vote could have imagined how things would unfold over the next twenty-eight years. But here we are in 2020, with two women diocesan bishops sitting in the House of Lords, a brace of suffragan bishops and a whole host of archdeacons, deans, canons and incumbents, all getting on with it in situations as varied as Saxon churches in Northumberland, inner-city projects in Manchester, hospices, prisons, housing estates and palaces. Just getting on with the day-to-day life of being a priest alongside men. The intervening years have been exhilarating, bruising, confusing and fulfilling.

I have been ordained for twenty-two years. I learned, especially in the early days, that the very sight of a women in a dog collar could send some people into a bit of a spin.

Once, as a new priest, I was celebrating early morning Prayer Book communion in an East End Norman church for our beloved ‘eight o’clockers’. Joan – long-time sacristan of the parish, not totally sure about women priests, but giving me a go anyway – approached me with the wine and water, to lay the altar. She mistakenly poured red wine over my hands, as I washed them in preparation for the Eucharistic prayer. The Sunday morning peace was pierced as she screamed, ‘IT’S TURNED TO BLOOD!’, before setting off down the aisle, leaving me to my bemused congregation.

For those who were unhappy about the vote, life in the church they’d grown up in suddenly felt perilous. For a while in the late 1990s, I myself became a bit of a totem figure for the acceptance, or not, of women as priests in the church. After I was appointed to be the first woman priest at St Paul’s Cathedral, it seemed that, to coin a phrase, all hell broke loose. It was probably just the right moment for there to be a controversial story about women and the church, and so I discovered what it was like to be at the centre of a storm.

A press conference was hastily arranged at St Paul’s, and given that retired military gentlemen lead logistics at cathedrals, I was allocated a codename for my arrival, to make sure I didn’t unsuspectingly trip over the waiting press. For this female first, for this breaching of the barricades, was I given a suitable code-name such as Boudicca, Joan of Arc or Amy Johnson? No. I was ‘Little Red Riding Hood’.

‘Has the Pope said that England can have women priests?’ asked southern European and South American tourists, not knowing any churches existed other than Roman Catholic. I dutifully explained, time after time. A front row of Mexican women wept throughout a service I was taking. I learned they were overcome and overjoyed to see a creature they had never imagined; a priest celebrating mass, who was a woman like them. An American visitor stood under the famous dome, watching me at the altar. When asked by a verger if he needed any help, he simply said, utterly bewildered, ‘Why is that priest speaking with a woman’s voice?’

I am now rector of a lively Wren church in central London. In such an international context, of course there are still lots of visitors who say, ‘You’re the first one I’ve seen.’ But I hope that now, for most of us, it’s the new normal.

Although it’s half a lifetime, twenty-five years is but the blink of an eye in church history and, of course, there are still plenty of ways in which the slow-to-evolve culture of the church needs challenging: all-male vestries can still feel like locker rooms sometimes.

The British are reticent about talking about religion. They regard their churchgoing in a similar way as their visits to the bathroom – that it’s good manners not to tell anyone they’re going, not say where they’ve been, and never mention what happened there.

But in chapels and cathedrals in every county in the land, now, when they go, they are just as likely, thank God, to find a woman there as a man. Who’d have thought it? We might as well have tried to fly to the moon.