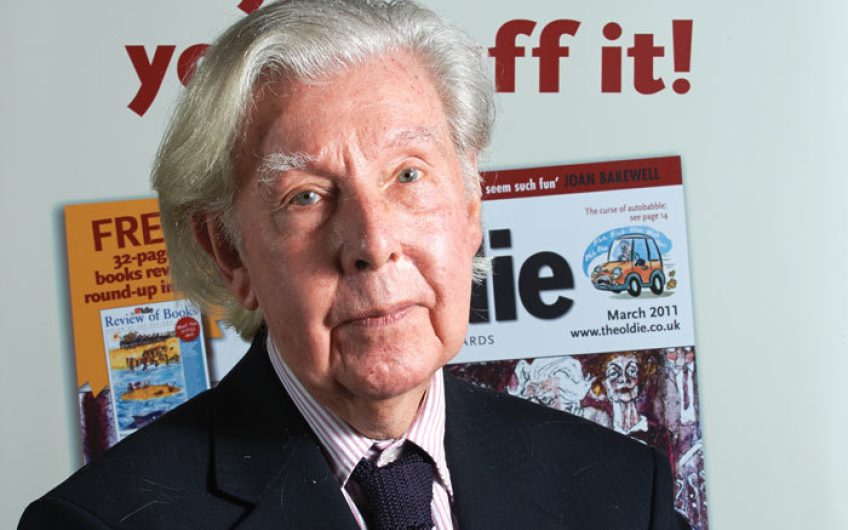 When I was in my twenties, one of my duties was to look after a 17th-century library that belonged to the Archbishop of York. It contained all sorts of treasures, including a Caxton, one of the first books to be printed at Westminster in this country.

Like our grandparents and our great-grandparents, Caxton lived at a time when white hair was rare. People didn’t live very long – even in the 1930s the average age of death was the late fifties. Nowadays the great gift of life is that so many of us live a long time, in a very healthy and delightful way, with lots of entertainment, endless friends, voyages to foreign parts – and, of course, great literature. I’ve always thought of old age as a gift, and nothing whatever to do with the common idea of being old. It’s simply about a phase of life which we didn’t experience when we were young, or couldn’t experience in middle age when we were working at some job.

I have no recipe for living a long life: I just think it’s a normal thing to do – to garden, to have friends, to celebrate good health, to travel, to read (particularly valuable), not to watch too much television. And to be grateful for what, for our ancestors, would have been a very unusual thing – to live into old age. Coming to events like this is a form of celebration, not looking back all the time but existing in the present. We should live in the present as much as we possibly can. The present is the most exciting part of life – not the past, you should know about the past, not the future, you don’t know about the future, but the present – and this is the enormous gift we possess these days.

I’ve written about this; many of the poets and novelists write about it. Jane Austen – who died when she was only 44, which was not a bad age in those days – wrote about it, as did Shakespeare, who died in his fifties. They got through their lives in a fairly short time, but we go on. Every day I see people whose ages I know by looking at them, yet they don’t look old in the way that people once looked old – like my grandmother, who sat in a chair in a long skirt for twenty years and told stories. Nobody looks like that any more. Nor are we worn out by our previous work, as people used to be in factories and on the fields, crippled by work. All this has passed us by.

We are fortunate indeed to be alive in the early 21st century. And we’re kept alive by faith, by intelligence, by culture, by travel and, most of all, by love and friendship, because these things don’t cease when we retire: they exist all the time. People die, but they, too, stay with us. I met the poet James Turner in my twenties: nobody reads him now, yet to me he is always alive. He was a difficult man, and he and his wife moved between Suffolk and Cornwall. He died aged 67, but because of his spirit, his inner strength, he remains both old and new to me. You too must have people like that in your lives, people who are not alive in a physical sense, but remain alive in some spiritual way, which you retain in your head, in your whole personality.

I often think of both the brevity of life and its lasting effects – and the fact that it’s marvellous, from beginning to end, and often better at the end than at the beginning, where things might have been complicated and difficult, because we’ve become wise and philosophical and intelligent. As we go on living we become more generous-minded, and it may be that we read better books. And being old is not to be thought about in terms of pensions, or cruises, or all those kind of things, but as a great gift, a great pleasure – and a great happiness.