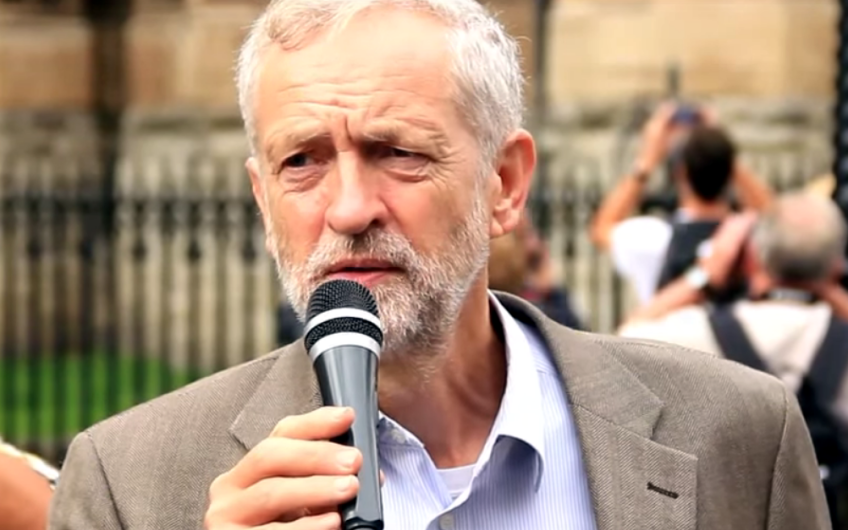 For anybody hoping to find out something interesting about Jeremy Corbyn, this book will be a sad disappointment. Sub-titled ‘Corbyn’s Ruthless Plot for Power’, it only reveals what we already knew.

Labour is now being led by the Islington correspondent of the Morning Star – not because of some devious plan implemented with fiendish devilment; but because a bunch of my former colleagues in the Parliamentary Labour Party inexplicably decided to nominate him for leader, even though they had no intention of actually supporting him in what had become a One Member One Vote election.

Tom Bower fails to even mention that the old electoral college which gave Labour MPs a third of the vote had been ditched in favour of OMOV – although he does allude to the special offer of paying three quid to vote in our leadership election, which was the other contributory factor towards Saint Jeremy’s ascent.

The only roofless plot in Corbyn’s life is the allotment where he grows his cucumbers. A passing reference is made to an actual ruthless plotter who may have had an influence upon JC – Lenin – although Bower claims that his subject has hardly read a book in his life. The famous remark by Lenin, quoted here, was that a new Communist Party in the Britain of the 1920s should support Labour’s Leader, Arthur Henderson, ‘in the same way as the rope supports a hanged man.’

Bower goes on to suggest that Harold Wilson relaxed controls against entryism, thus allowing ‘Trots’ like Corbyn to enter its ranks. But, in fact, it was under Wilson in the 1960s that all conference delegates were for the first time required to be party members. Previously trade union delegations often contained avowed communists.

This is one of a host of errors that litter these pages. It was Joe Gormley, not Arthur Scargill, who led the miners’ humiliation of Ted Heath. Denis Healey being elected as Kinnock’s Deputy on p.83 will come as a surprise to Roy Hattersley. Corbyn’s three vanquished opponents in 2015 had not served as ‘senior ministers in Blair’s government’: Cooper and Burnham joined the Cabinet under Brown and Liz Kendall wasn’t elected until 2010.

I was interested to learn that Cat Stevens had become a Labour MP. I always wondered what happened to him after ‘Tea for the Tillerman’. Alas I fear that the reference should have been to Smith rather than Stevens.

There are no references to check against other claims because Bower tells us that he ‘decided it was best not to reveal any sources’. But most of the allegations are laughable while others may well enhance Corbyn’s reputation amongst his zealots, as will the fact that this book has been written at all.

Here are some extracts from the charge sheet: he left his family waiting while he was at meetings; he forgot to empty the fridge when moving house; he ate cold baked beans; he always went on holiday in August and (to quote his former constituency secretary) ‘the bastard never apologised for the Moscow trials.’

When Corbyn was a lowly research officer for the National Union of Tailors, an employer had offered to make young Jeremy a suit if he provided the cloth. He refused, thus proving that, as well as being anti-materialism, he was also anti-material. This will surprise nobody, given that all the nice, middle-class revolutionaries of Jeremy’s era thought that dressing like a sack of spuds showed solidarity with the workers.

Among all this, there are some important insights. George Galloway remarks that Corbyn’s turgid speeches were ‘one mile wide and an inch deep’. Jess Phillips points out that, for all his supposed activism, she’d never seen Corbyn do anything other than talk. What she meant was that she’d yet to see him on a Bill Committee, engaged in the hand-to-hand combat of scrutiny or trying to make new laws through Private Members Bills.

At least he made speeches. In twenty years in Parliament, I never saw his Campaign Group colleague Denis Skinner do anything but ask the occasional question, usually at PMQs. This little clique were independent MPs long before Chuka Umunna et al followed suit.

Now they’re running the party, masquerading as traditional Labour people, whereas in reality they are nothing of the kind. It was their antecedents in the 1940s who were trying to depose Attlee, not support him. But Attlee had Bevin to protect him. Today Corbyn has McCluskey – and the noble history of a great political party is being turned on its head.

This book will do nothing to counter Corbynism. But, in its most powerful sections - dealing with the hard left’s anti-semitism and support for terrorists in Northern Ireland and the Middle East – it reminds us just how far Tony Benn’s doctrine of ‘nobody to the left of us’ has meant the Labour Party is now led by its ‘Dangerous Hero’.

'Passeth all understanding'? You wot?