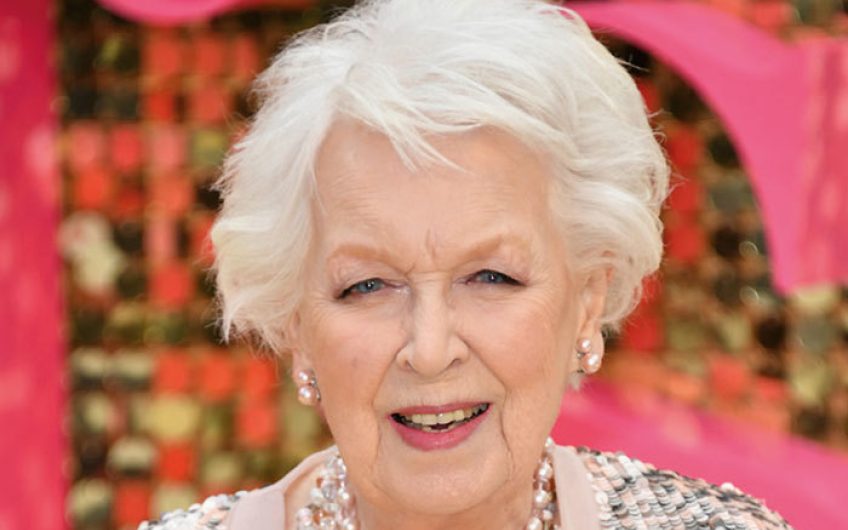 There was an all-star cast at yesterday’s memorial service for Dame June Whitfield at St Paul’s, The Actors’ Church in Covent Garden.

But first the vicar, the Rev Simon Gregg, announced in his welcome to the packed congregation that a plaque to Dame June had just been unveiled near the altar and everyone was invited to come and admire it after the service.

The vicar told a Christmas joke once told by Dame June. Joseph is told there is no room at the inn. ‘It’s not my fault,’ he is told by the management. ‘It’s not mine either.’

Roy Hudd said Dame June was the best Christmas fairy he had ever worked with in pantomime. ‘And we’ve seen a few,’ he said looking at the vicar.

Hudd said she was the best mimic he had ever worked with and she could do every British accent except a Geordie one. He once caught her out on air by saying ‘I believe you are very fond of Newcastle-Upon-Tyne.’ ‘You swine,’ she replied. ‘We moved years ago.’

Edward Thomas, her friend for many years, began his speech: ‘Ladies and gentlemen and non binaries.’

He said Dame June once acted in Shakespeare’s Titus Andronicus, interrupting herself to say ‘I didn’t understand a bloody word of that.’ It raised the biggest laugh Titus ever had.

Next up was Barry Cryer, apologising for his venerable appearance. ‘I bet you’re thinking that Brad Pitt had let himself go.’ Barry read one his inimitable poems which referred to June’s DBE. ‘She was arrogant in her humility, he said. ‘In most ways she was nothing like a Dame.’

Barry was followed by Jennifer Saunders and Joanna Lumley OBE recalling their days on Ab Fab. Saunders congratulated herself on choosing June as Mother. They used to travel down to Wimbledon to learn their lines with her.

‘Cup of tea or something stronger?’ June and her husband used to say. ‘We soon learned that mother always knows best,’ said Jennifer.

They said June often refused to say the words that they had written for her. ‘She would slice away at our best lines saying “I don’t think mother needs to say this,” she would say,’ said Jennifer. ‘But she was always right.’

‘You thought she was very difficult,’ Joanna interrupted helpfully.

John Kane, her scriptwriter for many years, recalled her years working with Jimmy Edwards and with Terry Scott on Terry and June. He told of her embarrassment greeting the Duke of Kent by mistake as an old friend when she had never met him before.

Daughter Suzy Aitchison recalled moving her mother from a five bedroom Victorian house to a one bedroom apartment. ‘ She never threw anything away.’ Asked who she would hate to see on holiday, Dame June replied: ‘The people we thought were looking after the house and the pets.’

Gyles Brandreth spoke of her admiration for Noel Coward who spotted her talent in 1950. Brandreth then sang a duet of I remember it well with a recording of Dame June.

In his final prayer the vicar explained that Brandreth was once a Tory MP, perhaps suggesting he should be busy during the election campaign. And he awarded Roy Hudd a yellow card for making jokes about fairies.