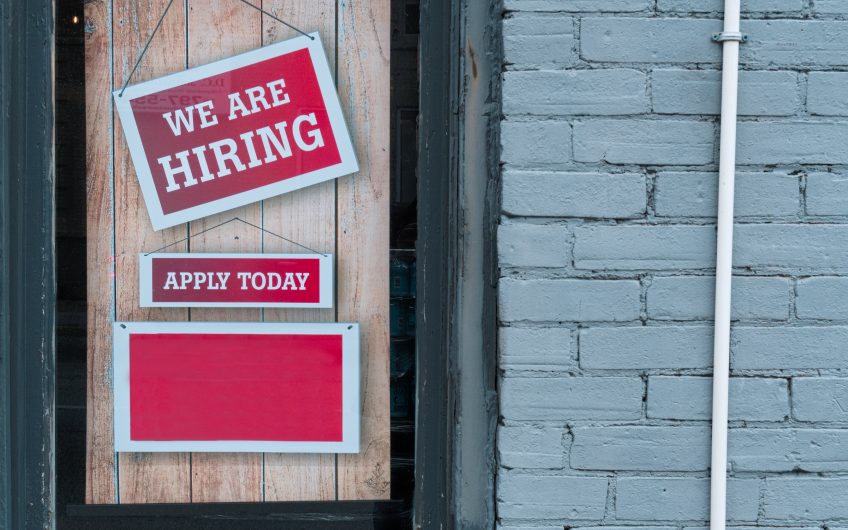 We Want You: not true for Megan
View Full Size
1
of 1

Despite record-breaking numbers of job vacancies, many recent graduates – like Megan Griffin-Smith, with a First from Oxford – have been struggling for to find work for over a year

A recent BBC article claims that the number of unemployed people in the UK is outnumbered by the number of job vacancies for the first time since records began. The unemployment rate fell to 3.7% between January and March (the lowest in nearly 50 years), while job openings rose to a staggering 1.3 million.

So why, then, are graduates like me struggling to find work?

Now that I have finally found an internship at The Oldie after months of searching, I feel qualified to share my thoughts.

Like many, I graduated during the pandemic in June 2021, with a First-Class degree in Spanish and Linguistics and stellar tutor references from the University of Oxford, naively believing I would find work within a few months.

Well, a year later, I’ve made over 80 job applications on more than a dozen job platforms, had more than 20 interviews and completed countless ‘workplace-style tasks’ to prove my salt, including creating overcomplicated spreadsheets, preparing slick sales pitches and placating hypothetical clients.

After all this I have not found a single permanent job. In fact, I’d estimate that I never hear from about 75% of these employers again!

I can imagine your response: are your standards too high? Are you presumptuously applying for jobs requiring 10 years on the front line of a high-pressure city job despite your blatant lack of experience? Followed by a tut and a mumbled ‘These entitled millennials, eh?’

Not at all. I seek merely the humble, admin-based, entry-level job – slightly above making the teas, slightly below being trusted with leading the occasional team meeting.

Disheartened by this rejection, I turned to fellow graduates for reassurance – only to be met with the same disillusionment that their own job searches had been equally unproductive.

Two friends decided at the last minute to take a Masters to delay the job-hunting hell-hole for another year; one chose to find work abroad after being continuously unsuccessful here; and one had finally found a zero-hours, minimum-wage job as a takeaway delivery driver. We were just jealous that she was the only one who could afford a drink that evening.

What’s the reason for this dire labour market?

First, there’s the significant back log of students who graduated during the pandemic and so have found it hard to get work, clogging up the job market more than ever. This is largely because the internships that many graduates rely on shut down for two years, leaving us adrift.

Consequently, employers are asking for experience that we just don’t have. They expect the nervous 20-something in the interview chair to have administrative experience, be a Microsoft whizz, and have some kind of background in the sector they want to work in.

But it’s impossible to meet these criteria with limited internships – most of us are scraping to find work in shops or bars (which were also closed during COVID, further preventing us from getting a foot on the career ladder) let alone in swanky offices that require a shirt and tie rather than an apron. So of course employers are going to place their bets with someone older who’s accumulated relevant experience, unlike recent graduates like me.

But it’s not all doom and gloom: I’ve had some luck when it comes to job-hunting in the form of temporary work.

The first was at Waterstones during the Christmas period, which I adored. As someone aspiring to a career in publishing, this was right up my street, and I relished sharing with customers my two cents on the latest book releases.

Before you accuse me of resting on my laurels by not marching into my manager’s office, asking for a permanent role to finally end my relentless job hunt, I did in fact do just this, and was met with the same answer I’d been receiving for the last six months: ‘Sorry, we’ve already filled all available positions with people who have more experience’.

When trying to join the career ladder, the constant rejection can be discouraging; especially when we keep hearing that the number of job vacancies in the UK have reached a record high. I’ve spent many hours replaying past interviews wondering where I went wrong, enviously rifling through the LinkedIn pages of those lucky few graduates who have managed to find work.

But I believe that if I keep chipping away, I will eventually strike gold. With determination and a will to get stuck in with temporary and voluntary work, it is possible to gain experience in sectors you’re passionate about – even if it is just making the teas.