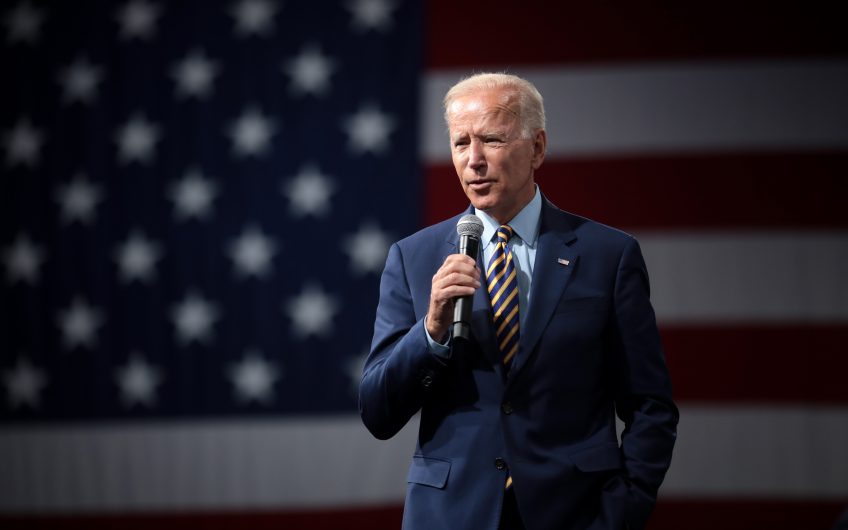 This week, Joe Biden will become the first President with a stammer. Nigel Phillips, a sufferer for over 75 years, says there is hope for those with the condition

‘Phillips, what’s your school number?’ barked the teacher taking the register. I pursed my lips, trying to reply, but the reply wouldn’t come: ‘W, w, www, www, w…’ Then I burst into tears of shame at my inability to pronounce the simple words ‘One, two, three.’

Fast-forward 75 years. ‘What’s your name?’ asks the friendly receptionist at the speech-therapy clinic. ‘N, nn, n…’ Again I am speechless. A whole lifetime since my schooldays, I am still stammering and still plagued by deep embarrassment and frustration.

Most cases of stammering, including mine, are now thought by psychologists to be ‘developmental’, originating in faulty brain development during the process of learning to speak. Many children stammer for some time in their early years but about two in three of them grow out of it. Stammering can also, though comparatively rarely, be caused by head injury, stroke or other neurological problems. At least one in 100 adults stammers – and four times as many men as women.

Stammering differs from person to person and from one situation to another – as capriciously as the virus we are currently grappling with. For me personally, the situation is helpful when I can speak with some authority, or am feeling relaxed, confident and free from pressure. I don’t stammer at all when singing – whether solo or in a group – or reading aloud to myself.

However, I can easily be thrown off my stride. A typical problem for me – as for many stammerers – is being asked for a simple piece of information such as one’s name (or school number – see above!). The expectation of a quick and easy response in this situation can be paralysing. Conventional exchanges such as greetings and farewells are fraught with similar pressures and it makes one feel so dumb – in both senses – not to be able to respond. Group conversations feel impenetrable. Phone calls of any kind are extremely stressful.

One might think that the study of foreign languages held few attractions for someone with a bad stammer. As it turns out, my life has revolved around little else. At school, my headmaster steered me in the direction of Classics, which I went on to study at university. During my National Service, I chose to take the Russian course in the Navy. My next and final move was to SOAS, where I was to spend 30 years learning and teaching Malay and its sister language Indonesian, and writing a PhD on Sijobang, a story from West Sumatran oral tradition. Speech disorder notwithstanding, I plunged enthusiastically into these new and exotic languages.

The path was not entirely smooth. My stammering was largely responsible for my poor final results at Cambridge because I ducked the essential but, to me, dreadful task of reading my essays aloud to my supervisor and fellow students. Stammering was a daily torment while I was learning Russian. Meanwhile a brief speech-therapy course at Goldsmiths was useful – but no miracles occurred. During my SOAS years, fascinating as they were in general, speech was still a battlefield, littered with failed therapies – hypnosis (useless) and the medication haloperidol (a rash experiment which triggered a clinical depression). My stammer insisted on accompanying me for life.

Indeed, a developmental stammer can’t be cured: at best, one learns from speech therapists how to speak more fluently. Some people manage their stammer very well with techniques ranging from breath management and relaxation of the vocal apparatus to speaking loudly, emphatically, or rhythmically. Speech-therapy approaches such as these – and stammering itself – are well portrayed in the film The King’s Speech.

A more recent and, at first sight, improbable therapeutic tool is deliberate stammering. The idea is to get one’s stammer right out in the open, controlling rather than being controlled by it. By learning to stammer deliberately, the stammerer in time becomes less anxious about encountering involuntary blocks and experiences a greater sense of freedom and control.

Of late I’ve benefited from this form of therapy myself and strive to put it into practice. Unfortunately, though, my speech is now as bad as ever because of the progressive effects of Parkinson’s disease, which I have had for 20 years. I suspect that there’s also a knock-on effect for me of retirement: the loss of my identity and authority as a teacher negatively affects my self-esteem and how I feel about speaking. The growing loss of physical independence with age compounds the problem. I think it’s fair to say that I shall never be free of intense anxiety and frustration when trying to make conversation.

How should a non-stammerer act in the presence of a stammerer? As gently and politely as possible, observe that the person has a stammer. Remember that, for many stammerers, social situations are very stressful; so keep things as relaxed as possible. Encourage the stammerer to join the conversation, and give them plenty of time to do so – but without putting them under undue pressure.

Stammerers differ in how they feel about having their sentences finished for them by guesswork. Personally, I don’t like it. But ask your stammering friend – and wait calmly for their answer. They’re struggling with a maddening disability.

P.S. to stammerers: however distressing your experience of failure, don’t despair. Do get professional help and keep trying. Nil desperandum.