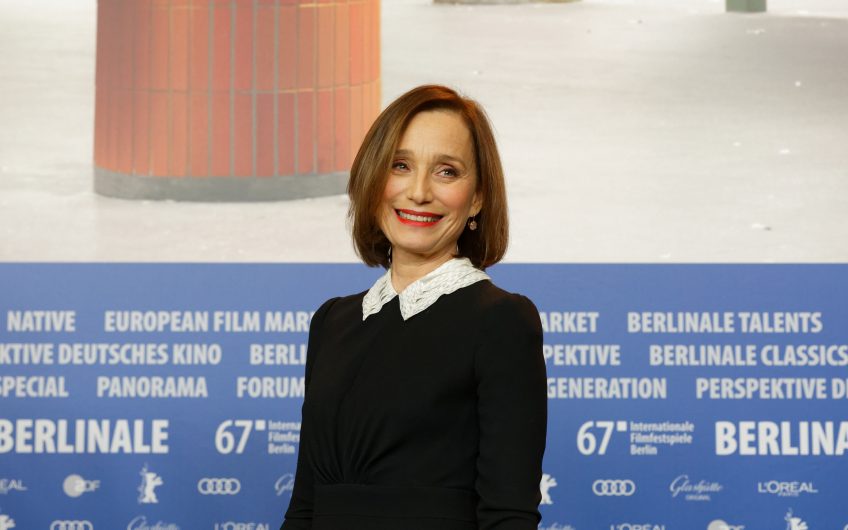 Kristin Scott Thomas, who is 60 on Sunday, has wonderfully mournful eyes like the great silent movie star, says Harry Mount

I chuckled a few times in The Great Buster, a charming documentary about the silent movie star, written and directed by Peter Bogdanovich. No belly laughs, though.

But I could see that he was funny at the height of his fame, particularly in his greatest films, Sherlock Jr (1924) andThe General (1926). Then the talkies arrived, in the shape of The Jazz Singer, in 1927, and destroyed Buster’s career.

He was the son of vaudeville actors: his father performed with Harry Houdini in the Keaton Houdini Medicine Show Company. Little Buster’s role was to be thrown around stage by his father; literally – he had a handle sewn into his clothes for easier child-throwing.

That brutality stood him in good stead. When he became an adult star, he executed pratfalls with extraordinary skill and strength: most famously in the scene where a house façade falls on top of him, leaving him unscathed as he passes through an open window. How bravely he somersaulted down steep hills or grabbed a passing car at full tilt. He broke his neck in one stunt, and didn’t find out for years.

His other gift was his deadpan expression; thus his nickname, ‘The Great Stoneface’. When combined with his anxious eyes, you could see how funny this made him in the 20s, when so many fellow comedians were gurning and grinning away.

Paul Merton, who presented the preview screening I saw, said his deadpan comedy was partly inspired by Buster. Merton realised that, when he told a joke, ‘If I didn’t find it funny, it would be funnier.’

And it’s near-impossible to judge silent movies through the prism of 90 years of talkies. Take sound away from films today, and they’d fall apart.

Silent movies weren’t in fact silent either – they had a musical soundtrack, played live in the cinema, that made all the difference. Watch a silent movie with no sound at all and it loses power.

And it must have the right sort of background music. Merton remembered the time he saw a Charlie Chaplin film at the Imperial War Museum to a modern soundtrack of drum and bass – pure agony.

Buster’s life after the talkies followed a classic movie arc. His own early talkies were no good; two marriages fell apart; his fees collapsed; he turned to drink. But then, in his sixties, he had a late-life comeback, starring in films and adverts, and contracted a happy third marriage.

When he attended the Venice Film Festival in 1965, a year before his death, he had a ten-minute standing ovation – the longest in the Festival’s history. How uplifting – and right – that The Great Buster won the Best Documentary on Cinema at the 2018 Festival. And Buster died playing Bridge – is there a better way to go?

Military Wives has been out for some time now but it’s worth seeing – if you can see it through a semi-permanent veil of tears.

Has there ever been a better actress at getting the tear ducts working overdrive than Kristin Scott Thomas? Who can forget her dead straight, heartwrenching tearjerker of a line in Four Weddings and a Funeral, when she confesses to Hugh Grant that she loves him: ‘You, Charlie. It's always been you, since first we met.’

Here she plays Kate, the colonel’s stiff-upper-lipped wife in the Tattersall shirt and bodywarmer, trying to get together a choir of soldiers’ wives, to the backdrop of the Afghanistan War.

At moments of deep sadness – and there are plenty here: Kate's son has been killed in the war – Scott Thomas knows that less is more; that restraint of emotion is more effective than its indulgence. When she flipped those big green eyes open to full beam and then looks down and sideways, lips pursed to hold in her tears, mine came flooding out. As the credits went up, I heard a great big snuffle behind me as another cinemagoer lost control.

Fags for the memory