Latin graffiti says so much 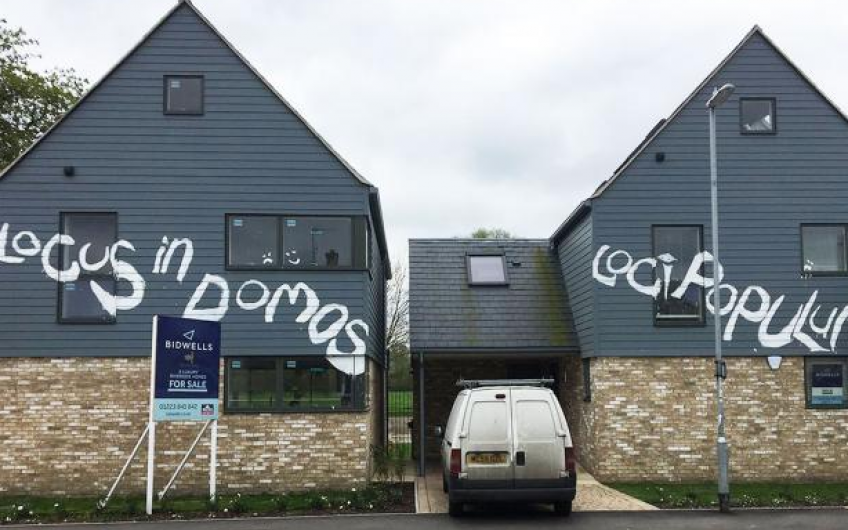 One out of ten for the graffiti artist in Cambridge, who scrawled the words, 'Locus in domos', and 'Loci populum', on a luxury housing development.

The Latin doesn't mean anything. Clearly, he had stuck the words, 'Local homes for local people', into Google Translate, and ended up with this gobbledegook.

Still, it does fit into a noble tradition of funny Latin graffiti. The funniest example is in Monty Python's Life of Brian, where Graham Chapman, playing Brian, is corrected on his Latin by John Cleese's Roman centurion. 'Romanes eunt domus,' Chapman writes, trying to say, 'Romans, go home'. Cleese changes it, correctly, to 'Romani ite domum'.

In fact, even Cleese gets his explanation wrong. He says 'domum' is the locative; when, in fact, 'domi', meaning 'at home', is the locative. Domum is the accusative of motion towards.

There's tremendous room for showing off in all this - as the boys of Westminster School realised in 2000. They wrote, in huge letters on the school library roof, 'TJP ITO DOMUM'. TJP was the nickname of the then headmaster, Tristram Jones-Parry.

The boys were accused of extreme rudeness, imitating Monty Python, by saying, in Latin, 'TJP, go home'. In fact, the clever little things said, they weren't using the second person imperative, 'ite domum', meaning, 'go home'. They were instead using the third person, singular, future active imperative, meaning, 'Let him go home'. In other words, they were politely saying that they thought their venerable headmaster was so distinguished and had done such sterling work that he deserved a graceful, glorious retirement. Too clever by half?