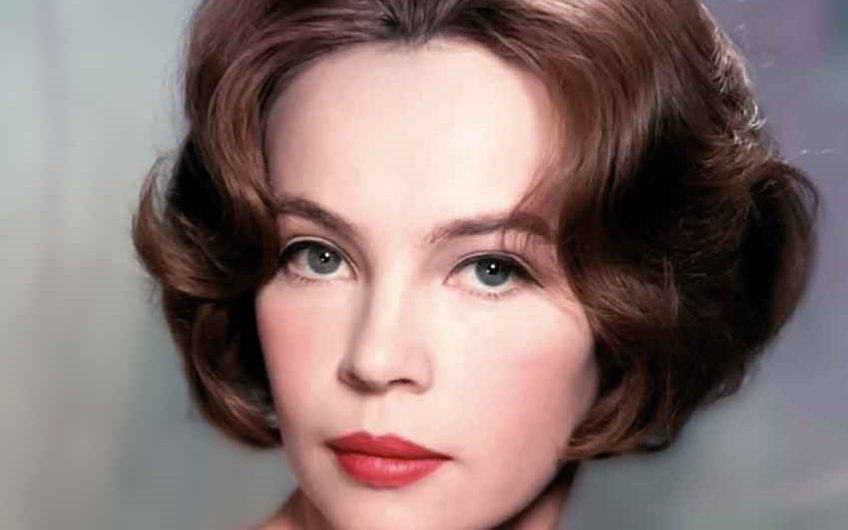 We think of Leslie Caron as a film star, a remarkable front-line survivor from the Hollywood era. But primarily, she is a dancer. Rightly elected the Oldie of the Year, at the age of 90 she is spry, full of life and remarkably sympathetic.

In her memoirs, she wrote, ‘Life compels me, just as it does everyone else, to face the decline that advancing age imposes, at the risk of turning bitter, and I see bitterness as a cancer of the soul.’

She went on to declare that she has refused to surrender to this. Trained as a dancer, she does her exercises every morning and has remained as trim and fit as ever. She defies the years.

Today you may catch here in a cameo role in a film, but you are more likely to find her at the Wigmore Hall, relaying her memories of Paris during the Occupation, before a concert of French music, or reciting poetry with an orchestra for Amelia Freedman and her Nash Ensemble.

She lived in Paris during the terrible 1940s, something she recreated memorably in a scene with Orson Welles in the film Is Paris Burning? (1966). So vivid was it, and so true to what she recalled – the German soldiers, the barking dogs, the survivors with numbers tattooed on their skins – that she retreated for several days to her hotel room to get over it.

So many of the stars of her generation were self-obsessed creations of the Hollywood machine, with a fortuitous appeal to the camera. Leslie Caron is nothing like that. She comes from that particularly rewarding, intellectual and artistic world of postwar Paris. She did not meet Colette, who wrote the novella Gigi, in which she later starred in 1958. But she knew Jean Cocteau, she danced in Roland Petit’s ballets and she danced with the great Jean Babilée.

Gene Kelly spotted her and whisked her away to Hollywood. She went to escape from a dangerous love developing between herself and Babilée (so recently married to Nathalie Philippart).

Though Hollywood put her into memorable films – An American in Paris with Gene Kelly in 1951, Daddy Long Legs (1955) with Fred Astaire, and later Father Goose (1964) with Cary Grant – she did not like the Hollywood life. Marlon Brando was the only actor who shared her need to find French films or films by Bergman, while Christopher Isherwood, after initial hesitation, became a godsend of a friend. By 1970, he was writing, ‘Her beauty and her trimness and her energy are so awe-inspiring.’

Her star quality depends not only on her dancing, acting and unique beauty, but also on her voice. That surprises her. She admits to being a thwarted opera singer. Her singing in Gigi was dubbed.

My first bond with her is that film, not only because my parents more or less brought me up on the music from Gigi, but because Cecil Beaton excelled so greatly in capturing the Belle Époque with his costumes and artistic design.

Alan Jay Lerner is another essential ingredient and thought that film so superior to My Fair Lady not only because it was filmed in Paris, in wonderful locations such as Maxim’s and the Palais des Glaces, but because a bit of Paris crept under the studio door.

This but to capture a flashlight of Leslie Caron’s remarkable career. She excelled in The L-Shaped Room (1962), the director changing the part of an English girl to a French girl on the premise that English girls were not sexy.

Bosley Crowther of the New York Times wrote, ‘She pours into this role so much powerful feeling, so much heart and understanding, that she imbues a basically threadbare little story with tremendous compassion and charm.’

She blossomed – and suffered – from marriage to the director Peter Hall. He first saw her as the Sphinx in Les Rencontres – ‘It was as if a Renoir waif had strayed onto the stage and surprised us with her animal ferocity. Then I saw her films. I was half in love with her before I met her.’

She survived a phase of Warren Beatty and went on to run an inn at Villeneuve-sur-Yonne, to overcome alcohol and addiction. Her autobiography, Thank Heaven…, published in 2010, was crucial to her recovery.

There is a story of a film star who talked non-stop about her film and then turned to her exhausted listener and said, ‘Listen. I’ve been talking about myself for 45 minutes. Tell me! What did you think about my film?’ So far from Leslie, who has none of that conceit. She is sympathetic, intelligent and modest and you can have a wonderful conversation with her.

I have a confession. Earlier this year, I wrote a profile of her for The Oldie. The generosity with which she responded to it was so touching that hot tears pressed in my eyes. ‘And that’s not so usual!’ as Diana Vreeland used to say.