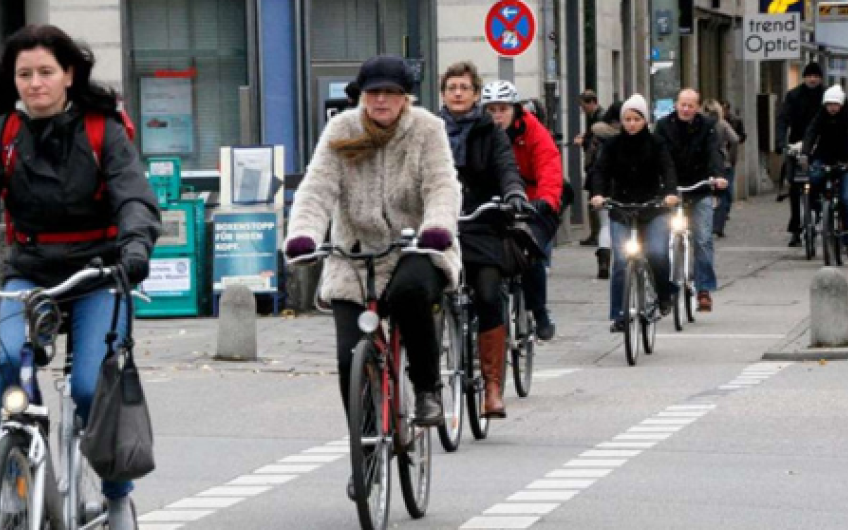 BONN: Here in Germany, I keep noticing the similarities with Britain: an overcast sky, with a chill in the air; the horse chestnuts in bloom; the mixture of classical houses and Gothic churches.

There is a big difference, though: the complete integration of bicycling into everyday life. Yes, there's been a boom in British biking in the past decade. But we cyclists are still a minority, shoved to the sidelines, largely tolerated, often loathed.

In Bonn, you can see that most people bicycle; that means most drivers bike, and a lot of cyclists drive. This two-way flow between drivers and cyclists means there's complete acceptance by one of the other.

Just as many oldies bike as younger people. The pavements are subtly divided between pedestrians and cyclists, with both groups naturally accommodating each other. There is none of that barely concealed animosity between the two tribes.

Britain is doing its best to catch up with the Continent ­ with more bike paths and, last week, the suggestion that cars should legally give way to bikes. Both good ideas ­ and both the sort of 'nudge' measures that might push us towards greater integration of bikes.

Nevertheless, we're a long way from the outlook of the young man I saw cycling through Bonn this afternoon. He had his hands off the handlebars not to show off or to be intentionally dangerous, but because he had assured control of his bike, and he knew that everyone else in the city understood the rules of bike paths so well that he was never in any danger.