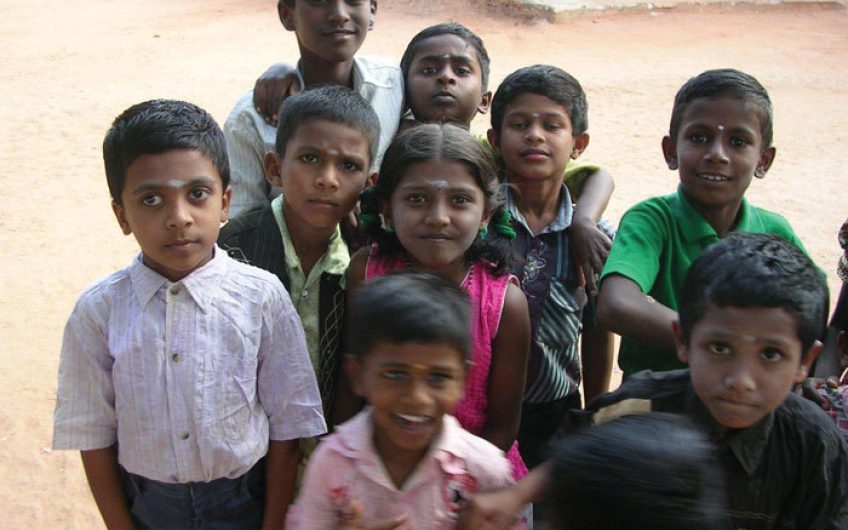 Joe Homan was one of the most remarkable men I have ever met. I knew him for more than fifty years. When I first came across him he was a teacher of geography at my strict Catholic boarding school in Ipswich. The school was run by the De La Salle brothers, a religious order founded in the seventeenth century with the intention of teaching the poor – somewhere along the way they’d lost sight of the original aim and ended up teaching the sons of the prosperous.

Joe did not find this satisfying, and in the early Sixties he volunteered to teach at a school run by the brothers in Pakistan and, later, at another in southern India. But, as he put it, ‘I wasn’t cut out to influence poverty-stricken Hindu youngsters to become Christians – increasing egg yields, improving crops, introducing new farming techniques in a very hungry nation was the Christianity I sought to bring.’

Before long he had a run-in with his superiors and soon found himself ordered back to England, where he faced a lifetime of teaching. Instead of knuckling under, he resigned from the order, and in July 1965 he went back to India with just £200 in his pocket to set up his own village for destitute boys.

He started with an acre of scrubland near Tirumangalam, south of Madurai in Tamil Nadu. The plan was to set up a small poultry farm where he would teach the boys how to earn a living and maybe one day return to their villages and lead better lives.

His first recruits were five boys who had been living rough on the railway station at Madurai, carrying luggage, running errands and picking the occasional pocket. One of them took one look at the scrubland on which Joe proposed to set up his business and departed immediately. The four who stayed were eventually joined by others.

The first year at Tirumangalam was tough. Joe lived and worked in the three metres by four pump house next to the water tank – the only building on the site that had electricity. The boys lived in a thatched lean-to along the back wall, and 200 hens were housed nearby in a similar lean-to. The remaining hens spent the first few weeks in the fields where many were lost to jackals.

In the early days there were many ups and downs. At one low point in the first few weeks money was so tight that twelve of the fifteen boys in Joe’s care had to return to fend for themselves on the streets of Madurai, but then a miracle: three days later the first funds – from Peterborough County High School for Girls – arrived and Joe’s project was saved. He had local help, too, from the Indian couple who loaned him that first acre of land, a neighbouring farmer who became a lifelong friend, and a senior police officer who helped Joe out of many a scrape with India’s notorious bureaucracy.

By the end of the first year the site was transformed. It had its own well, a vegetable garden and poultry sheds, and the boys were attending the local village school. With the help of family and friends back in England a modest fund-raising network was gradually established and sponsorship was arranged for the boys. In later years Joe returned annually to the UK, touring schools and Rotary clubs to raise funds.

Donations in the early days included 4,000 tins of Heinz beans, rescued from a ship trapped in Bombay by the India-Pakistan war. Most of these were resold to a nearby American school and the proceeds were used to buy three buffalo who were christened Heinz 58, 59 and 60. A little later, with the aid of Oxfam, Joe purchased ten acres of land, the first part of what would eventually become a 32-acre farm.

Thus was born the Tirumangalam Boys Town. Today it is at the centre of a network of children’s villages scattered over a sixty-mile radius (plus one in Thailand). Each of the villages is home to seventy or eighty boys and girls from poor families, beautiful little people full of enthusiasm and energy and, above all, keen to learn and to better their lives and those of their families. About 8,000 children have passed through Joe Homan’s children’s villages and many have had their lives transformed. In addition, thousands of child labourers in neighbouring villages have been helped to find places in school.

Over the years the children’s villages have evolved to meet the changing needs of India’s rural poor. In the early years India was an overwhelmingly rural country and Joe’s aim was to teach them agriculture and animal husbandry and send the youngsters back to their villages better equipped to survive as farmers. Today most children go on to some form of vocational education and end up taking jobs in cities. They are all, however, educated at local schools.

He retired to the Western Ghats, a range of hills which run down the spine of southern India, where he set up a small environmental centre growing coffee and pepper, and ran short courses intended to make Indian youngsters aware of the need to protect their rapidly degrading environment. ‘I seek no thanks,’ he said of his life’s work. ‘I have received much more than I ever gave.’

My return to the Falklands - Robert Fox

Order! Order! The Speaker speaks to the Oldie

Return to Innisfree - John Stoker on The Quiet Man