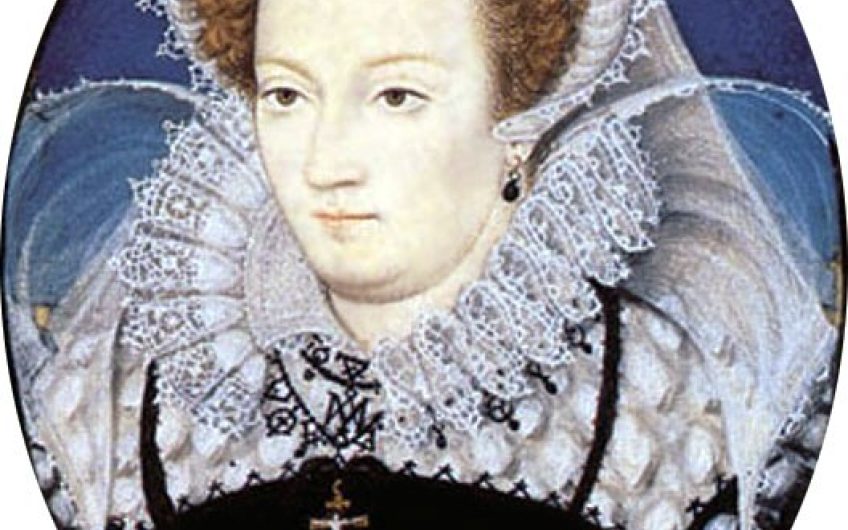 Today is the 50th anniversary of the publication of Lady Antonia Fraser’s first major book, Mary, Queen of Scots.

To celebrate its half-century, publishers Weidenfeld & Nicolson have released a special anniversary edition. Marymania hit new heights this January with the release of the new feature film, Mary, Queen of Scots, starring Saoirse Ronan as the Queen.

The omens were not good, though, when Lady Antonia first started to research the book.

‘I met with what I can only describe as a mixed response,’ says Lady Antonia, ‘My brother’s best friend, Mark Girouard, already a distinguished art historian, enquired languidly, “Is it ‘So she gazed into the sunset’ – that sort of book?”

‘At the time I replied sharply, “Only if I can prove the sun set that day.” But I was secretly rattled.

‘Mark Bonham Carter, on the other hand, a publisher but not the one who commissioned me, aroused my combative instincts by saying, “I hear you are writing about Mary, Queen of Scots,” he said with a certain kindly condescension, “You know what publishers say: ‘All books about Mary, Queen of Scots sell. No book about South America sells.’ He paused. “Perhaps your book will be the exception.”

‘Fifty years later, it is a pleasure to report that they were both wrong. At least, I don’t think Queen Mary ever gazes into the sunset in my book. Not without due scientific investigation into the subject, that is.’