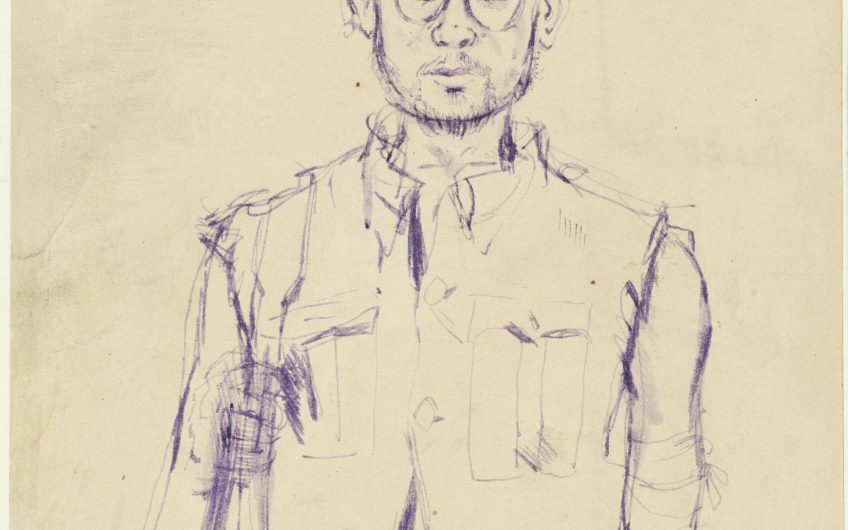 A new book about the 'goriller of St Custard's', The Lost Diaries of Nigel Molesworth, has just been published. Michael Barber remembers Geoffrey Willans, Molesworth's creator, and Ronald Searle, his illustrator

Posterity has shortchanged Geoffrey Willans (1911-1958), without whom there would be no Nigel Molesworth, ‘the curse of St Custard’s’ – a character as ‘immortal’ as Evelyn Waugh’s Captain Grimes, hem-hem.

Reviewing Down with Skool! (1953), Molesworth’s opening salvo, the broadcaster – and former Oundle teacher – Arthur Marshall commented, ‘Any author must despair on finding himself in print alongside Ronald Searle, but Geoffrey Willans need not be anxious.’

Marshall could not have paid Willans a greater compliment: whereas Searle, thanks to St Trinian’s, was already a household name, his collaborator was almost unknown.

Searle said Willans ‘made collaboration sheer enjoyment’. He praised ‘his wickedly penetrating insight into human nature’. But only five years after they joined forces, Willans died suddenly from a heart attack aged only 47, on 6th August 1958, 60 years ago.

Searle, by contrast, survived until 2011, when he died at 91. Little wonder that it is usually he, rather than Willans, who is mentioned in the same breath as Molesworth, chiz chiz. If you Google Willans, the photo shown is of Searle!

Marshall said that, in addition to being ‘extremely funny’, Down with Skool! owed its success to the fact that it never wandered too far from the real thing, which Willans experienced as a master, as well as a boy. Searle thought he must have been ‘a jolly nice schoolmaster. Genial, but not a dupe.’

Willans’s first job after leaving Blundell’s in 1929 was at Sutherland House, Surrey, run by a sadistic martinet called Bradnack, the model, perhaps, for the headmaster, drawn by Searle, who says, ‘This is not going to hurt me as much as it hurts you.’ He then taught at Carn Brea School, Bromley, from which he was sacked – allegedly – for swearing at the boys, common at St Custard’s.

How Willans kept afloat after teaching is a mystery, since neither the two pre-war novels he wrote nor some occasional journalism can have brought in much. But what we do know is that Molesworth first began keeping a diary in 1936, although it wasn’t until August 1939 that Punch began printing extracts from it. The untimely death from polio of Willans’s friend Pont, the cartoonist, put paid to any thoughts of an illustrated book, but Willans must have been cheered by this letter, dated May 1940: ‘Dear Mr Punch, Please do not let Molesworth 1 die, he makes tears course the cheeks of this large and active family. For once one forgets Events.’

The last diary item published by Punch was in December 1941, by which time Willans was serving in the eastern Mediterranean as an RNVR lieutenant aboard the corvette HMS Peony. After the war, with a wife and two sons to support, he joined the BBC European Service as a reporter, covering the 1948 Olympics and interviewing Eisenhower and Bertrand Russell. He contributed humorous pieces to Lilliput, through whose editor, Kaye Webb, he met Searle, whom she married in 1948.

Searle and Willans hit it off.

‘I always looked forward to seeing him again,’ said Searle, who in 1953 enlisted Willans’s help when his publisher, Max Parrish, demanded yet another instalment of St Trinian’s for the Christmas market. Sick to death of gymslipped delinquents, Searle saw the equally incorrigible Molesworth as a way of placating Parrish. Down with Skool! was published in October 1953 and by Christmas had sold nearly 60,000 copies. You could say of Molesworth what was soon to be said of Lucky Jim: ‘A new hero has arisen among us.’

It all came down to the voice, at once impudent, inventive and sardonic, which effortlessly bridged the age gap – though this wasn’t apparent to me at the time.

I admired Molesworth for his mockery of Hillard and Botting: ‘What did you say molesworth? Why on earth are the Gauls attacking a ditch?’ But I overlooked the sly insinuation that Latin could be improper as well as improving: ‘Would you perhaps explain why latin never deals with the exploits of nero and one or two of the fruitier emperors. Or empresses for that mater?’

Molesworth also smuggled in clever references to Auden, Eliot, Aldous Huxley and even Colin Wilson, then – as any fule kno – enjoying his fifteen minutes of fame?

A recurrent trope is the ‘kane’, jokes about which must now seem as outdated as jokes about clap in the days before antibiotics. But laugh at them we did, which may explain why some headmasters – though not, I’m sure, my own – gave the books away as school prizes. How ‘the goriller of 3b’ must have thumped his chest at this!

But an even greater compliment was paid to him by two gurls. Sue Townsend said that, without Molesworth, there would have been no Adrian Mole. And it must have been thanks to the ‘latin pla’ of the same name by ‘Marcus Plautus Molesworthus’ in How to be Topp that J K Rowling called Harry Potter’s school Hogwarts.