Mon dieu, where is your dignity? 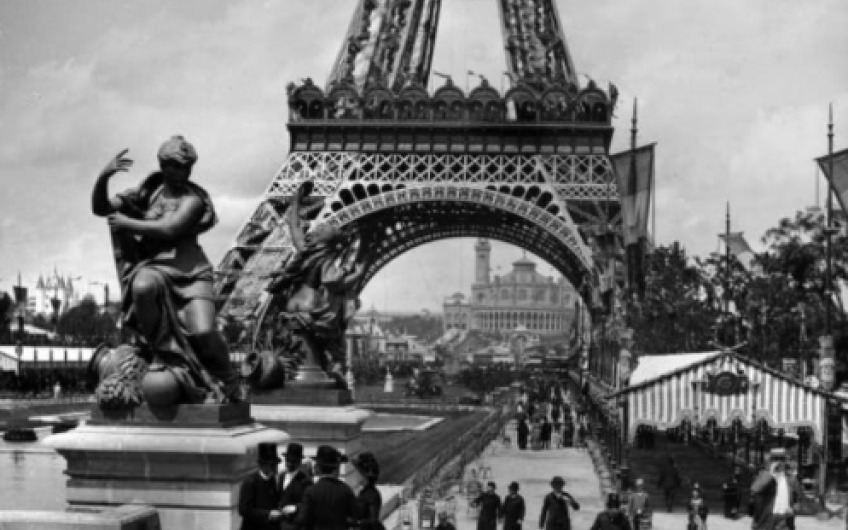 The French have a word for the sense of confusion and disorientation they get when they are abroad. The word, dépaysé, also crops up when they feel overwhelmed in their own country by people behaving in an un-Gallic, and therefore an undignified, manner.

Dignity is of immense importance in France and most continental Europeans seem to play by the rules. Travelling from Poland to Portugal, a French person, cushioned by the Napoleonic code, will be appalled by the food, disturbed by the fact that no one understands him, but mightily relieved by the familiarity of a juridical and social structure that is, in his eyes, French.

The French intelligentsia hold that ancient Rome lost its way with the fall of the Republic in 27 BC; that it was not until enlightened Frenchmen took up the baton in 1789 that purpose and order could be restored to humanity.

At the heart of this order lie ‘republican values’, which take on a quasi-mystical status more akin to Confucianism than any simple political dogma.

In a language rich with insults, there are few more damning epithets than ‘anti-republican’ – which was bandied around with refreshing vitriol during the recent presidential elections. Being a ‘good republican’ is every French person’s duty, and it goes way beyond observance of the clarion calls of liberty, equality and fraternity. It also supposes attention to form, appearance and, above all, dignity.

Countries that don’t buy into this world view are considered, at best, exotic and, at worst, a dangerous threat to a rational world order. And, of course, the European country that most exemplifies this exoticism is the ‘ennemie héreditaire’, England.

It is peculiar for an Englishman to be told that his plodding, temperate land is in any way exotic. But, after fifteen years living in France, I now find myself marvelling at the exoticism of the English on my return to my native West Country.

How is it that the mores and codes found throughout continental Europe appear to have eluded the British? It used to break my heart to see well-meaning British holidaymakers causing offence at every turn, through simple ignorance of the French attachment to form.

As a nation, we often dress in a style that, in France, is reserved for the extreme margins of society – and many French are baffled as to why we voluntarily present ourselves in such a poor light.

The British dress sense is perhaps the most comical of our ‘exotic’ traits. Long-flowing batik skirts or unbrushed hair are the province of druggies and hippies in France; shaved heads with thick necks, of gangsters; miniskirts, of little girls or prostitutes; wearing shorts in a town centre, of rent boys; sporting sandals with socks, of dirty old men; half-tucked or stained T-shirts, of drunks; wide-brimmed hats, of sadists.

The list goes on, and your average unsuspecting British holidaymaker is blissfully unaware of the distress he is causing as he goes about his daily business.

Even the way we walk and take up public space appears extravagant and unwieldy. The French tend to take neat steps, head down, scanning the pavement for potential dogs’ messes, while the British like to swing their arms, heads up, talking loudly with a shambolic, indeterminate trajectory, until they step in a dog’s mess and start cursing. A perambulating pack of English tourists will often make a French person freeze on the pavement, as they struggle to read the dizzying movements and comprehend the extraordinary sense of style. Here we have the true sense of being dépaysé.

Unlike French, the English language is heavily modulated. We also stress words and syllables for humour or added meaning, and an unintended consequence is that our voices carry.

Public spaces are not considered suitable venues for uproarious laughter in France, but a gang of excitable English will often punctuate their conversation with chortles, yelps and guffaws for no apparent reason. You can often hear English being spoken from 200ft in a crowded market place.

The French, who value discretion above all else, are mystified by such behaviour. Why draw attention to yourselves? What’s so funny? Why choose a public forum for a party? In the same vein, a French friend asked me why Prince Charles chose to include jokes in his speeches. He is not a comedian. Where was his sense of dignity?

In France, you don’t address a stranger without first saying ‘Bonjour’, no matter how polite you might think you are being. Failing to do so is an act of aggression. Likewise, tell a stranger anything about your life (other than your declining state of health) and you are assumed to be a simpleton. Smiling in public should be rationed and reasonable.

Of course, having an English accent puts you in the category of an ‘exotic’ rather than a belligerent, but it is not a recommended way of endearing yourself to people. The common gripe that the French are surly and unfriendly is no more than a misunderstanding. They are more likely in a state of dépayséd shock when faced with the inexplicable self-assurance of their exotic neighbours who seem to care so little for dignity.

When I lived in France, I was often asked the purpose of streakers. Streaking, I learned, is a uniquely Anglo-Saxon phenomenon. It is a difficult question to answer: ‘To show their bottoms and make people laugh?’ ‘But what’s so funny about a bottom?’ I leave the answer to the philosophers.